Donahue Updates SWCS Board Of Education 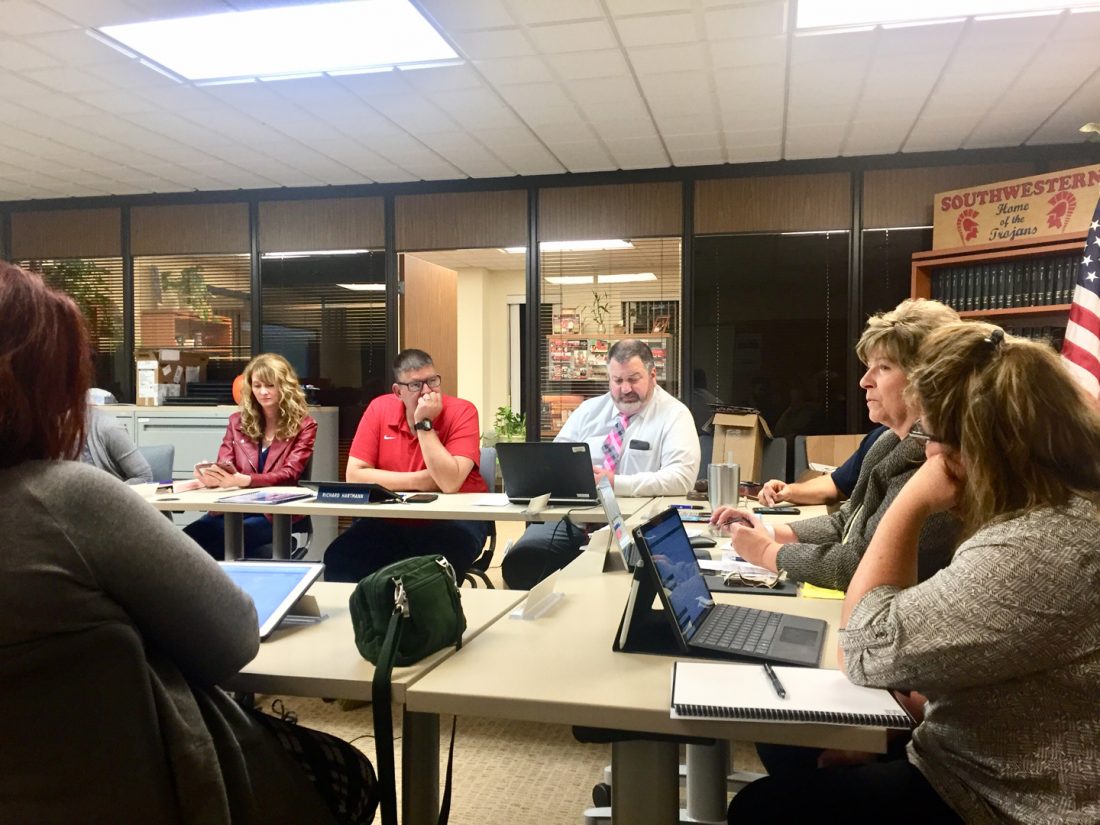 The Southwestern Central School Board of Education held its regular meeting Tuesday. The board approved staffing changes and Superintendent Maureen Donahue updated the board on recent developments within the school district. P-J photo by Jordan W. Patterson

Donahue, Southwestern superintendent, told board members that district staff was becoming “construction weary” as of late with multiple ongoing projects.

“This is probably the most we’ve ever had with stuff going on around us when kids are here,” Donahue said.

However, Donahue noted that students have been “really good” despite having non-school employees maneuvering through the hallways.

Donahue referenced recent construction work on an elementary playground, a district gymnasium and installation of a new fire alarm system.

With the upgrading of the district’s older gymnasium, Donahue said it “looks really great,” noting that work would be completed in November. However, while referencing the fire alarm system, the superintendent noted that the district “was on its last legs.”

The middle school building continues to operate on an older fire alarm system until it can be upgraded.

Sauder will also host a Science, Technology, Engineering and Math, or STEM, night at the elementary school Nov. 14.

Donahue invited board members to visit Sauder’s “virtual sandbox” at the elementary building and to the November event.

Additionally, board members approved the resignation of Brooke Adams, assistant principal. In the agenda it was noted that the board accept the resignation “with sincere thanks and appreciation for two years and four months of dedicated service.”

Adams, in her resignation letter cited a move to “head principal” as reasons for leaving Southwestern.

The letter read: “It was not an easy decision to make, but I see this as a great opportunity and time to advance my career as a head principal. I am so thankful for all the opportunities this district has provided me. The leadership, support and guidance of our administrative team has allowed me to grow in this role and makes me feel confident for the future.I wish you and Southwestern Central School District the best of luck in the future. It will forever have a special place in my heart.

Her resignation is effective Nov. 2.

The board also approved the Cassandra Schrope as a teacher aide, Rebecca Rothleder as a student teacher, and Brie Davis and Kay Gould as volunteer assistant Girls basketball coaches.