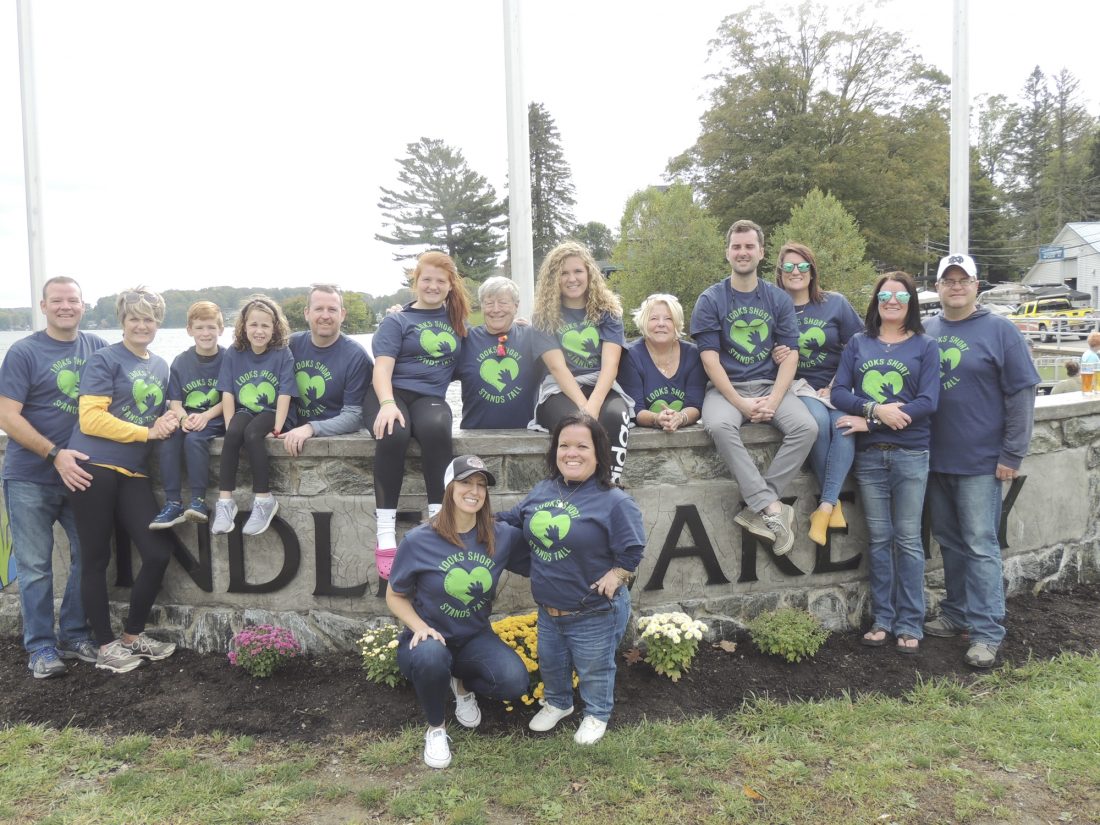 Some of the participants in the mini-walk event for Dwarfism Awareness Month gather along the Findley Lake Welcome Wall. In the center are Jane Roche and Katie Roche, organizers of the event. Photo by Jane Roche

FINDLEY LAKE — People turned out in a big way to help the “little people.”

About 120 people took part in the second annual Dwarfism Awareness Walk sponsored by Alexander’s Restaurant on Sunday in Findley Lake. And more than 170 people donated to the cause.

“It was awesome. A great turnout, better than last year,” said organizer Katie Roche. “Findley Lake is a small community with a big heart.”

Andy Wallen, co-owner of Alexander’s Restaurant, agreed. “Everybody seemed very happy and excited to come out for a good cause,” he said. “We had nicer weather than last year, so that’s a plus.”

The one-tenth mile walk traversed Main Street, from the restaurant to Our Own Candle Company, with a break at the candle company for donuts and socializing. Upon completing the walk, participants each received a T-shirt and two free beers.

The logo for this year, which was displayed on the T-shirts was “Looks Short, Stands Tall.” Roche said the idea for the logo came from an unusual source.

“The logo actually stemmed from a beer bottle that my brother opened and then sent me a picture and the bottle cap,” she said. “I said, ‘That’s our logo this year.'”

October is Dwarfism Awareness Month, and the dwarfism community hopes to raise positive awareness during October and continually throughout the year. Roche said that events such as this are helping change people’s attitude towards little people.

“I think people are becoming more aware through education,” Roche said. “People are beginning to see that it’s not a big deal if you see a dwarf out in public.”

Wallen also thought the event had a positive effect on people’s attitudes. “We live life on a day-to-day basis and take for granted a lot of things that little people can’t do as easily,” he said.

Roche said there was one other dwarf besides herself at the event his year.

“The grandfather of the other dwarf was very happy we were doing this,” she said.

The people who took part in the event were largely from the Findley Lake area where Roche lives and the Corry, Pa., area where she teaches second grade.

Roche said the local connection was one of the things that resulted in such a good turnout. “I believe when it’s one of their own people, they come out in great numbers,” she said.

Wallen said he agrees with this assessment.

“It’s a small community and every time we have something like this, it brings people out,” Wallen said. “I think Katie, being a dwarf and living in the community, people come out to support her.”

Roche noted that this year’s event included a lot of children. Many were students from her present class and her former students.

According to Little People of America, individuals with dwarfism are generally not taller than 4 feet, 10 inches, and have average height parents and siblings. There are over 200 forms of dwarfism.

Alexander’s hosted the event last year, as well, Wallen said. The 2018 walk was very successful, raising more than $3,300 for the Little People of America, he added.

Roche sent out a special thank you to all the sponsors and the walkers. “We had a lot of donations,” she said. 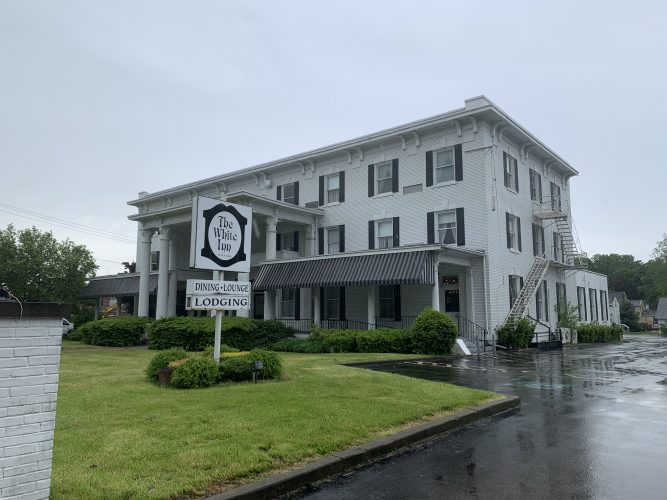 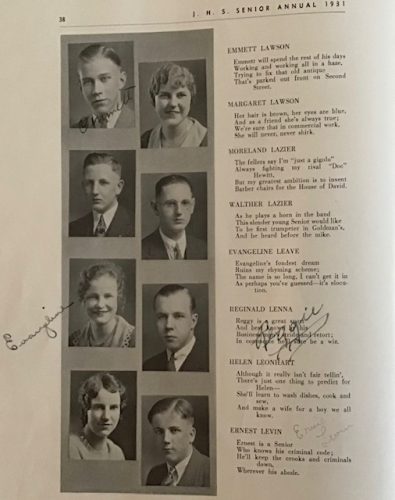