What’s In A Name?

How Research Can Help Answer Many Questions 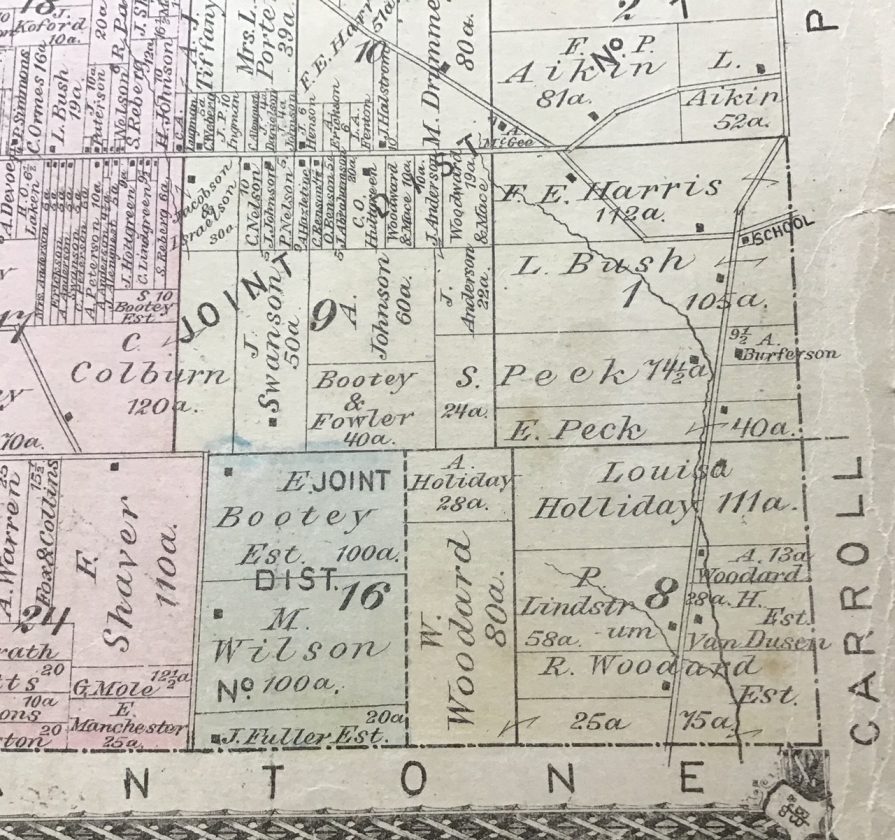 Pictured is the portion of an 1881 map of the town of Ellicott showing “landowners” named Peck on what is now known as Peck Settlement Road. Photo by Karen E. Livsey

This column will probably be a little rambling just because it will be about something I did just recently. I began looking for information to answer a question that someone asked. While looking for the possible answer, I discovered other bits of information that took me in many other directions.

The first step was to ask a friend but he did not know. He guessed the same possibility that some one named Peck lived on that road. Next step was to look at the easiest maps to locate which were the 1867 and 1881 atlases of Chautauqua County. In the very corner of the town of Ellicott there was for both years at least one “landowner” named Peck and a second name that looked like Peek but could have been Peck. Being near one end of the road it is likely that that is the origin of the name. It has not been verified but is a distinct probability.

To locate the “Peck Settlement” A number of maps were consulted. No matter how many times I look at a map something new seems to catch my attention. “Oh look, there are at least five saw mills between Dexterville and Levant. And a carding mill and one saw mill also has a shingle mill. And two brick yards are listed-always knew about one-are they connected, same owner?”

Sometimes names of roads are different than what we know today. Falconer had a Ross Road and a Frewsberg Road, which are now North Work Street and South Work Street. And I am not sure what street of today was Plumb Street then. I need to get a modern map out to compare. Ross Mills Road of today (no name on the old map) goes by an island in the Cassadaga Creek on which there was a sawmill. I will have to look at Google Earth to see if there is still an island or if it appears then as an island because the mill race made it an island.

Then it was “Oh look, on the same page is a map of Fluvanna. Oh the steamboat landing was across the road from the Fluvanna House, H. A. Whittemore’s Hotel.”

Both maps have my relatives’ names. Oops, more research to do to figure out which relative lived where and when. Names are first name initial and last name so figuring out which generation actually lived there at the time because more than one son and grandson had the same first name initial and some the same first name. More deed work to sort out who lived where and when but with a map to start it will be easier to locate the land described in a deed.

To do efficient research, sometimes one has to put on blinders and forget to look at all the other information not pertinent to the research question.

Sometimes, forget efficiency and just see where the research may take you, detours, distractions, and all. And sometimes serendipity brings an answer to a precious question.