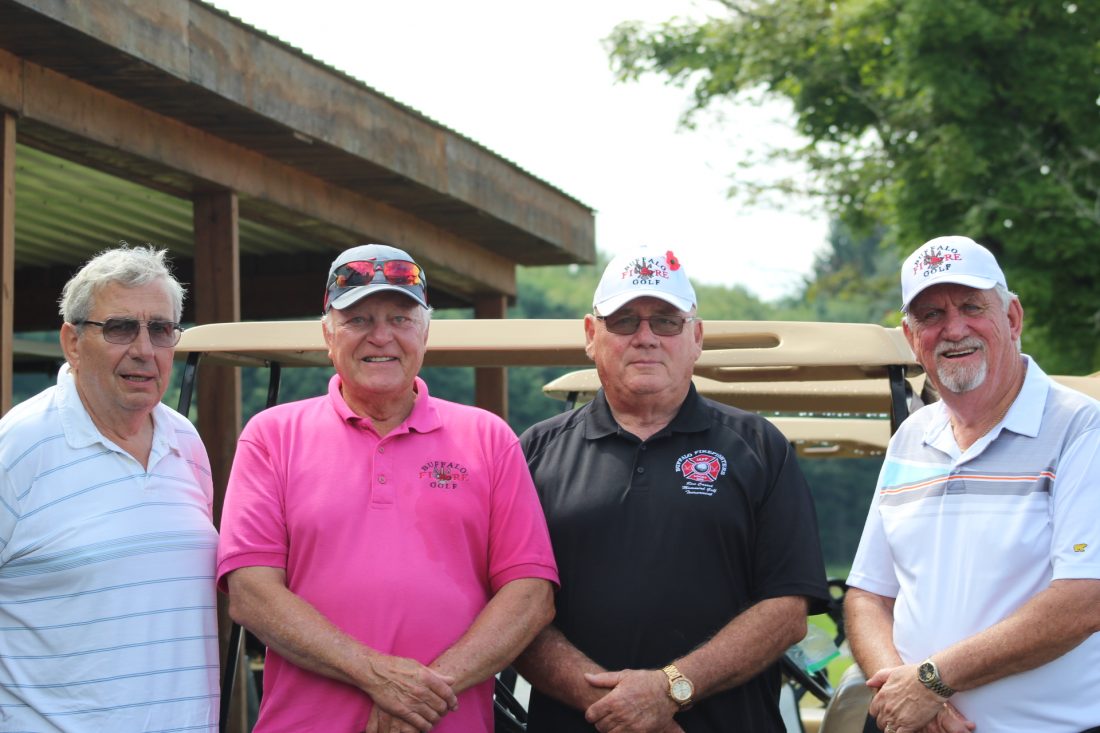 Pictured from left at the Myers-Bennett Memorial Golf Tournament are John Ruppert, Tom Schultz, Bob Reagan, and Dick Panowicz. The group was the winner of the scratch competition. Submitted photo

The 25th annual tournament was first organized by chief Bill Bennett to honor Chief George Myers when he passed away while serving as chief in December 1994. When Chief Bennett was killed while responding to a call in September 2001, the tournament was renamed to honor both men.

Golfers take part to raise funds for school children to learn about fire safety each year. Prior to the shotgun start, Jon Payne, organizer of the event for the Kennedy Fire Department, presented a framed set of the newspaper articles about Myers and Bennett to the department. Chautauqua County Executive George Borello spoke to those assembled, thanking them for supporting the volunteer fire department and all they do for area communities.

The event was held at the Breezewood Links.

This year’s winning scratch foursome, with a score of 13 under, was captained by Tom Schulz, and included John Ruppert, Bob Reagan, and Dick Panowicz. Coming second in the scratch division with 11 under was the Erik Lindquist team, including Jason Fischer, Ray Textor, and Mel Lindquist. Leading the mixed teams was the Chris Swift team with a 64. Second in mixed teams was the Ken Blitz team with a 68.

Sue Bennett thanked everyone for remembering her late husband and Myers.