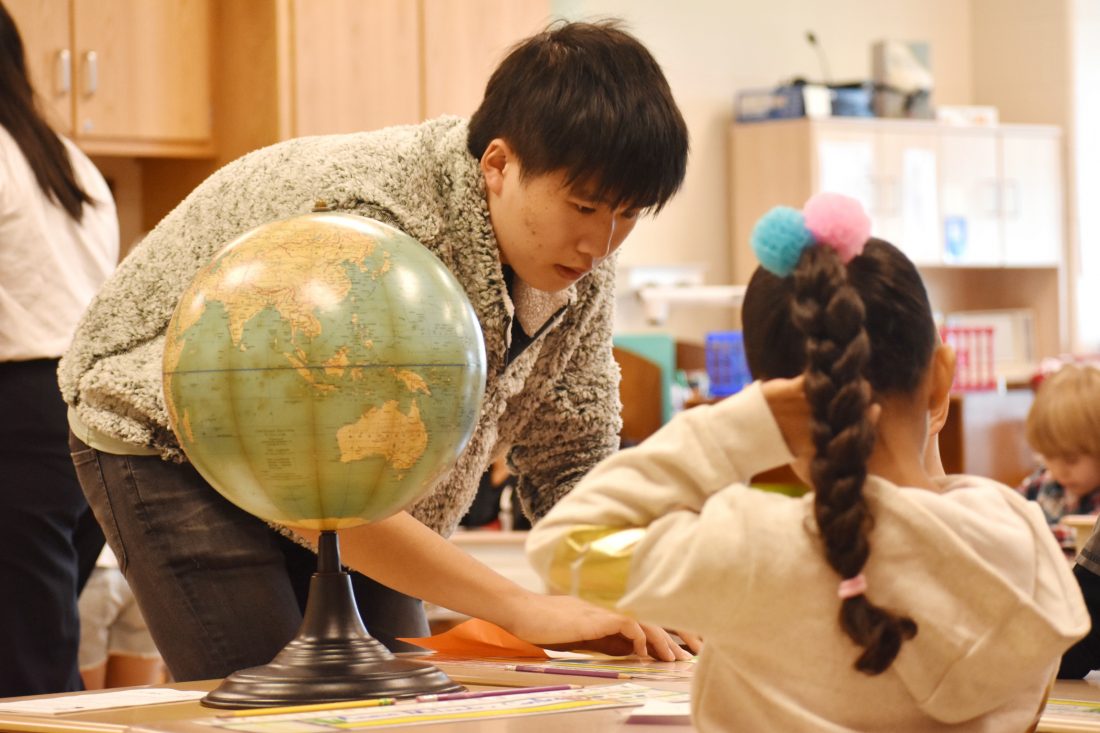 Japanese college students have recently been embedded throughout the city of Jamestown to discover the “real America,” as described by Nao Honda.

In several classrooms inside Bush Elementary School, 12 students from Nagasaki University recently gave lessons to third and fourth grade students about Japanese culture. The visit to the school was one of many in the three-week program at Jamestown Community College.

The goal of the study abroad program is to help the Japanese students improve their English-speaking skills and learn about American culture. For Honda, a first-year college student, she hopes the program will also allow her to develop relationships with locals.

“I would like to become friends with local people and keep in contact and in touch with others,” she said.

Upon arriving here, Nao said she was initially surprised by the architecture of the buildings. While some buildings fit her pre-conceived ideas of America being “strong and big,” others did not fall into that description. For her, she came to the realization the image in her mind of the U.S. may have been skewed as she saw small, unstable and even poor buildings. She described it as finally understanding the some of struggles the country has faced. 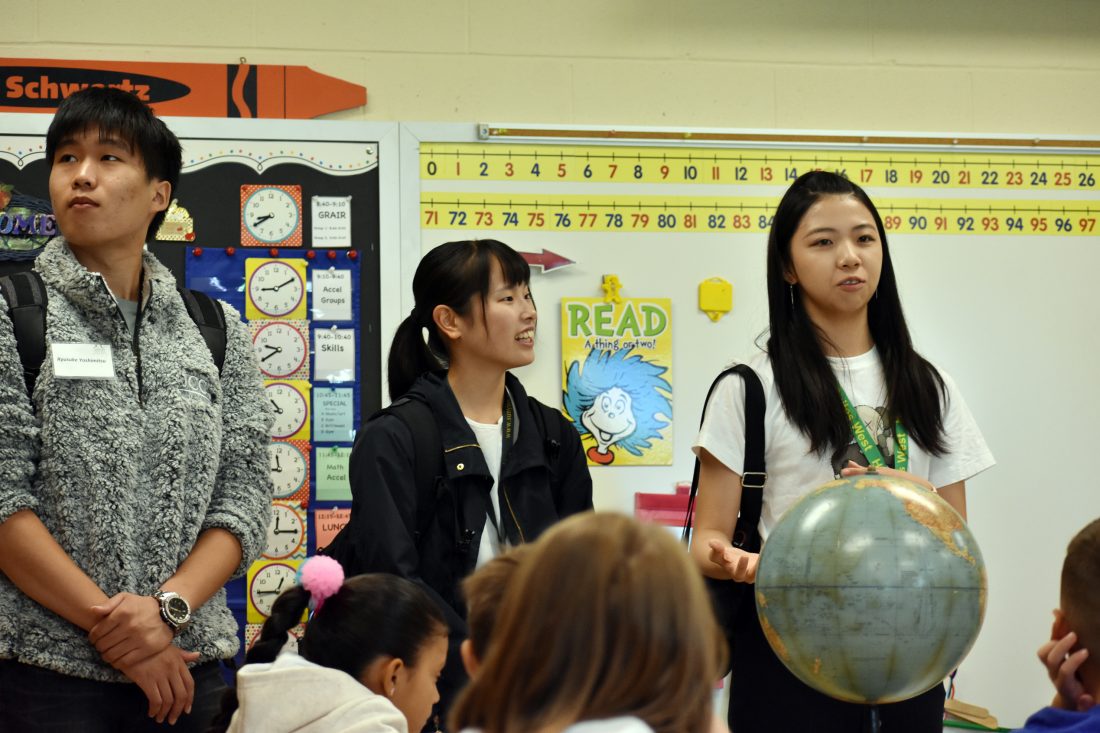 “I saw the real America,” she said as not all of her ideas of the country held true.

According to Honda, the Nagasaki students had three optional locations for the study-abroad program. At least for Honda, she preferred visiting the U.S. over other locations.

In the classrooms, the Japanese visitors taught the Jamestown elementary students calligraphy, origami and other basic elements of Japanese culture.

Bush Principal Dan Bracey said the experience, at least for the elementary students, will give them a broader perspective of the world.

“Minimally, I hope it gives them an idea that there are other places other than Jamestown, N.Y.,” he said. “There are other people who look different that may speak a different language. (The Japanese students) come from thousands and thousands of miles away so just things that they can offer about their culture will be a nice learning experience for (the Jamestown students) just to give them extra reinforcement that people are different but we’re one in the same.”

The 12 Japanese students and one professor will be visiting various locations throughout Jamestown through Sept. 21. While here, the students will undergo a non-credit English immersion course as well as auditing various JCC courses on campus.

Nelson Garifi, JCC Academic Innovation executive director, said the joint-program with Nagasaki University is a “win-win.” JCC has previously invited students from Tokyo, Japan, through a similar program. He said the Japanese students’ goal is to develop their English and potentially gain a better understanding of U.S. culture.

Recently, the JCC honor students sat down with the Japanese students in what’s called a “conversation cafe.” There, the two different groups of students engaged in discourse about their differences and their similarities.

“For many of our local students they had never had an opportunity to sit down and have a conversation with someone from a culture so different from their own so that’s a tremendous learning experience as we prepare all of our students to be global citizens.”

The students will also visit Lincoln Elementary school in Jamestown and Fenner Elementary School in Falconer.

Additionally, the students will get to see the business side of Jamestown as well. The visitors will tour Cummins Engine, Chautauqua Institution, the Chautauqua Center and the Roger Tory Peterson Institute of Natural History.

Nelson noted that while technological advancements have brought the world together, the exchange program enables to students from different cultures to “look someone in the eye” and learn from that person face-to-face.