From left Camp Onyahsa volunteer Olivia LaRue and Day Camp director Paige Fritz oversee a group of youths taking part in Day Camp in the Woods. Run by the YMCA, the program offers kids a demonstration of what overnight camp is like. P-J photos By William Mohan 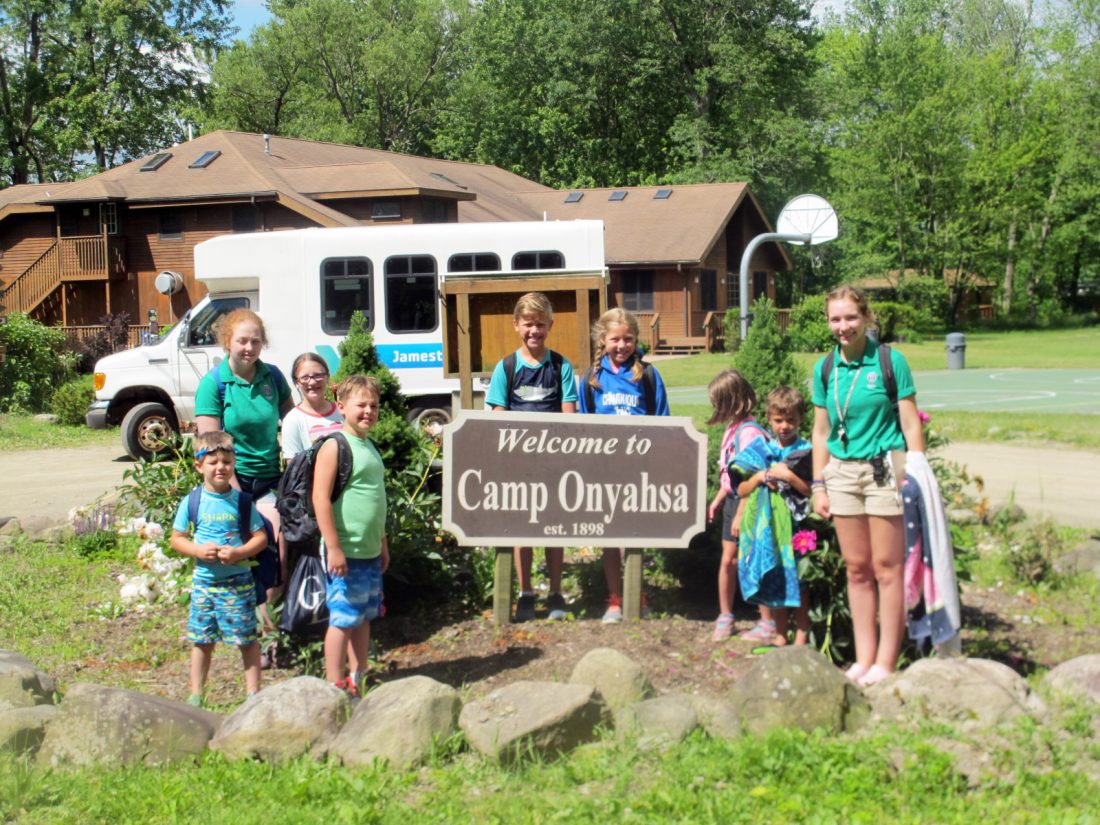 From left Camp Onyahsa volunteer Olivia LaRue and Day Camp director Paige Fritz oversee a group of youths taking part in Day Camp in the Woods. Run by the YMCA, the program offers kids a demonstration of what overnight camp is like. P-J photos By William Mohan

DEWITTVILLE — Camp Onyahsa recently celebrated its 121st summer and is now moving into its fall season.

The camp is one of the three oldest operating YMCA camps in the country. While many local youth and area residents have spent time at the camp, the facility also has welcomed participants from across the United States and the world.

Today, the facility offers a wide variety of programs designed to help youths build and develop growth in mind, body and spirit. Camp Onyahsa also has partnered with local schools and organizations to help acclimate youth with camp activities.

The camp also offers the use of the facility for weddings, business meetings, conferences and similar events.

Throughout a given year, Onyahsa offers weekend camp programs that are designed to demonstrate to potential campers what the environment is like. 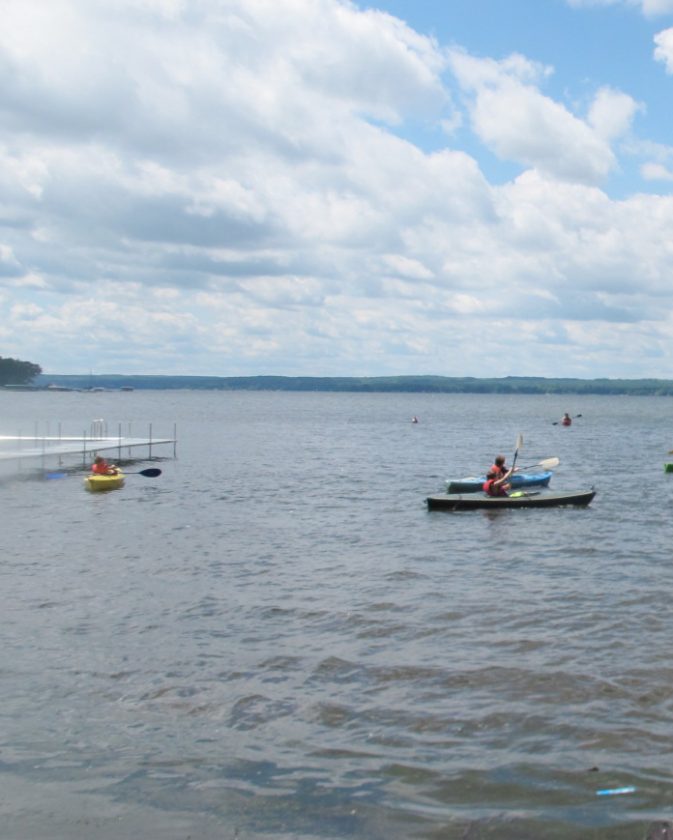 “It gives them a good taste of overnight camp and then the goal is for them to become overnight campers in the future,” said Jon O’Brian, Onyahsa camp director.

Onyahsa also partners with other organizations to allow children to use the facility. Examples include The Resource Center, Chautauqua County 4-H, the Red Cross of Jamestown and the Infinity Performing Arts Center.

“We’re going into our late-summer and fall programs now,” O’Brian said. “People think we only have summer programs, but we want interest in the other programs to grow and expand.”

O’Brian said the majority of Onyahsa’s overnight campers and staff came from all over the world and the country. He cited Japan, Spain, Sweden, the Netherlands, Denmark, Turkmenistan, Ohio and Pennsylvania as examples.

“We’ve had a proud past and we are looking forward to a fantastic future,” O’Brian said. “We’re getting back to the basics. We had a great summer this year.”

The camp is being renovated to include heating in the cabins and plumbing, which O’Brian is hoping will be done by next year.

The camp started in 1898 as one of the first resident camps to address community needs in Chautauqua County.

The camp was originally located on a borrowed piece of property on Bear Lake. This location would come to be known as the YMCA Camp in the Woods.

In the early 1900s, the site became a YMCA Boys’ Camp and was located near Prendergast Point. It would become known as Camp Mason in 1915.

The early-to-mid 1920s saw change for the camp. In 1924, the current site in Dewittville was purchased and later expanded upon. The first camp director was Roy A. Wagner, who would remain until 1946.

In 1925, the site began operating under the name of “YMCA Camp Onyahsa.”

Growing up, O’Brian became a regular camper at Onyahsa during the summer. O’Brian credits his involvement with Onyahsa to his father who had attended and eventually worked with Camp in the Woods at Bear Lake.

It was because of that camp’s closing that O’Brian often attended Onyahsa. With that closure, Camp Onyahsa also saw an increase of youth participants.

O’Brian explained that he is one of many who attended in their youth and later volunteered or worked fully with the Bear Lake camp prior to its closure in the 1970s.

“There is that connection of my dad and a generation of kids starting here (Onyahsa) in the 1970s,” O’Brian said.

“What we have done subsequently is took the name Camp in the Woods and applied it to our day camp,” he said. “We’re trying to keep some of that tradition alive through our day camp program.”

The original Camp in the Woods was operated by the Chautauqua County YMCA, which was located in the Dunkirk-Fredonia region.

For more information on youth activities provided at YMCA Camp Onyahsa, visit ohnyasa.org, find them on Facebook, Instagram, and Twitter or call 664-2802. To reach the camp directly call 753-5244.

Camp Onyahsa, is located at 5411 E. Lake Road in Dewittville.