City To Clarify Language In Code For Special Events 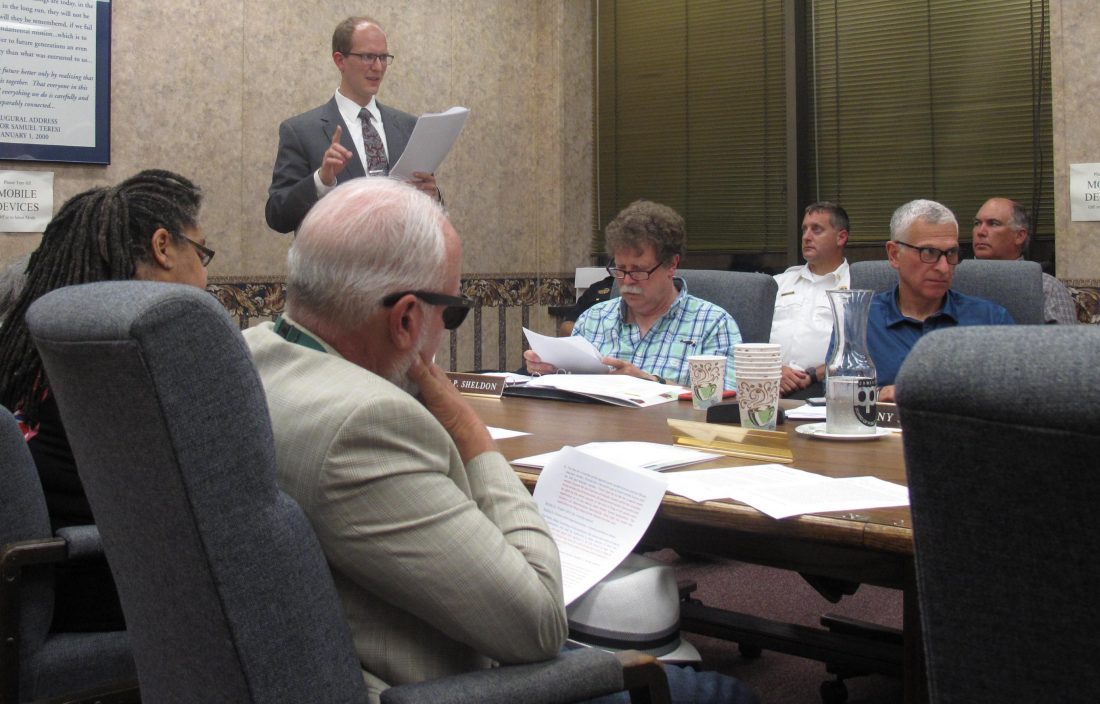 Following one resident’s questioning the issuing of special events permits, city officials have clarified language in the zoning code to, hopefully, alleviate any possible future complaints.

On Monday during a Jamestown City Council work session meeting, Sam Teresi, Jamestown mayor, said his administrative team has been working the past couple months on clarifying the language in the code for special event permits.

Peter Larson, city corporation counsel, led the discussion on the changes. One example is someone or an organization that owes the city money cannot receive a special events permit. This will encourage vendors and organizations who will be attending or host future events to pay the funds they owe.

Another area of the code that was clarified was who has to pay some of the fees, the organization sponsoring the event or a vendor attending the event. Larson said the code was changed to name the event sponsor as the party responsible for paying fees so city officials don’t have to chase down a vendor that is traveling throughout the country for money owed. The sponsor can collect the necessary fees before the event. The sponsor pays most of the fees to the city prior to events.

Larson said a new chapter was added to focus on farmers markets or the Jamestown Public Market. He said the new clarifications add details like what type of vendors should be allowed at the local market, which would include area farmers not a corporate chain store.

There is also a new chapter on clarifying that the organization or people given a special use permit are not in violation of other city codes when it comes to noise and the blocking of streets. However, the special use permit will not allow for anyone to break the state’s penal law or authorize criminal conduct.

There were also changes to the issuing of a permit for neighborhood block parties. One change is that not all residents on the block have to sign a petition for the party. Now the language in the code states at least half the people on the block have to agree to the party. Larson said it would be impossible to receive everyone’s signature.

Teresi said the changes will go into effect once the council approves them. He asked the council if they would like the changes to come before them for a vote, which they approved.

This year, downtown city resident Gary Templin has attended several Public Safety Committee meetings to protest outdoor events that feature music, stating it’s a violation of the city’s zoning code. He has also said the special event permit process allowing for outdoor events is also a violation of the city’s zoning code. Templin also submitted a 11-page letter to the council’s Public Safety Committee in May about his complaints.