Missionary Trip To Be Discussed At City Church

Jamestown resident Teresa Duro in the back completed a two week mission trip to Albania. During that time she met the head of the Albania Ortohodox Church, Albanian Archbishop Anastasios at right. Submitted photo

Teresa Duro recently returned from a mission trip in Albania. During that time she met the head of the Albanian Orthodox Church, Albanian Archbishop Anastasios who signed her copy of his book “Mission In Christ’s Way which is on in front of Duro in the back. P-J photo By William Mohan 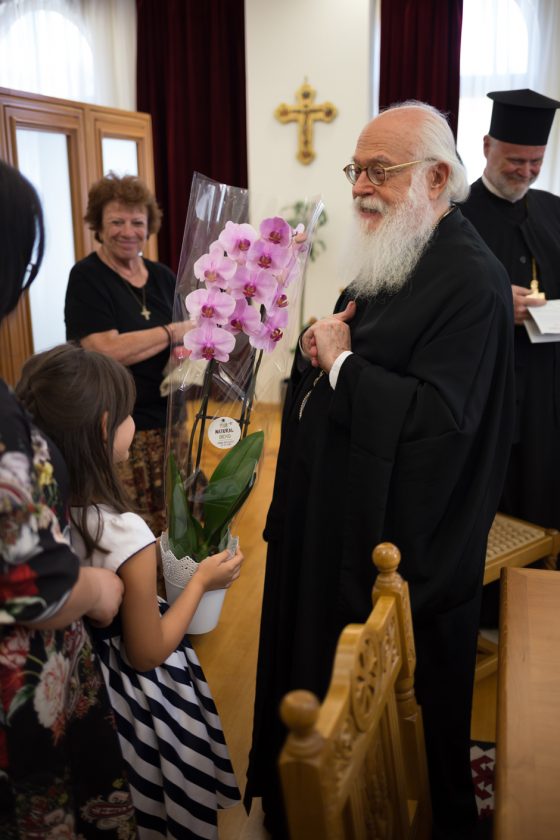 Jamestown resident Teresa Duro in the back completed a two week mission trip to Albania. During that time she met the head of the Albania Ortohodox Church, Albanian Archbishop Anastasios at right. Submitted photo

Since 2015, Jamestown resident Teresa Duro has made missionary trips on behalf of the Orthodox Christian Missionary Center.

Based in St. Augustine, Fla., the organization helps to arrange Christian missionary trips to various locations on an international basis. Trips are arranged for either a two years or two week basis. 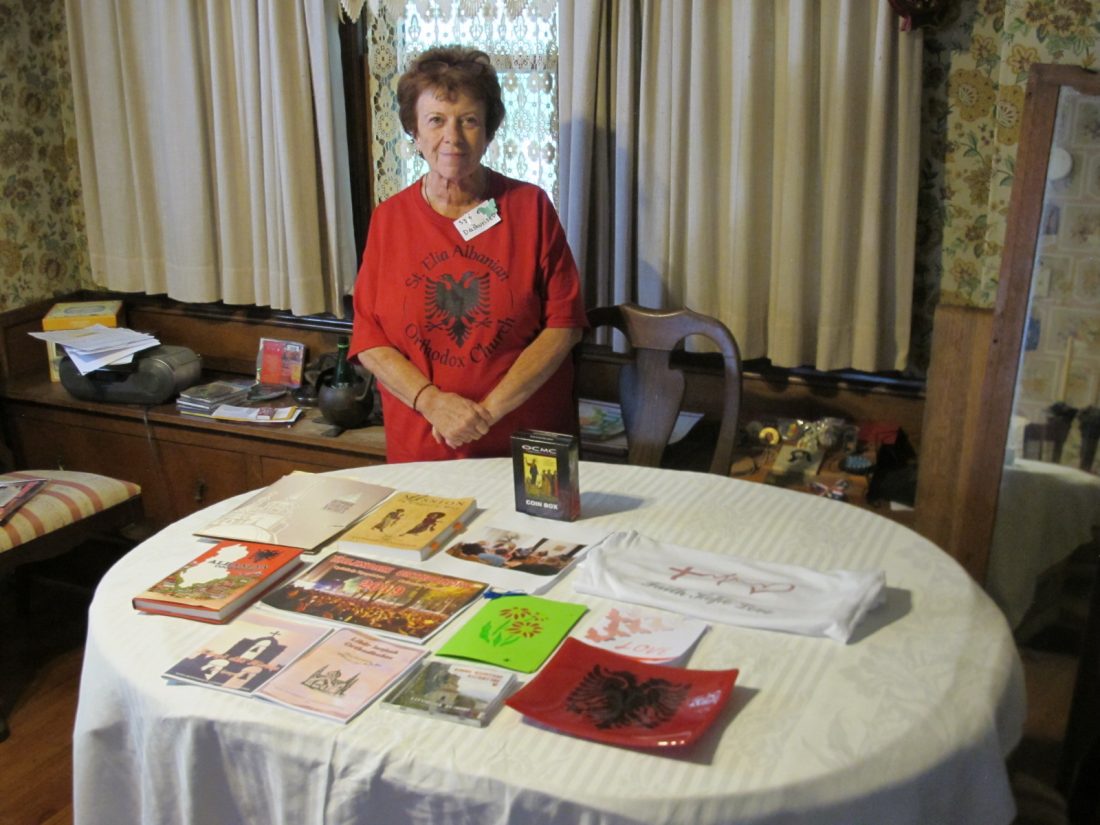 Teresa Duro recently returned from a mission trip in Albania. During that time she met the head of the Albanian Orthodox Church, Albanian Archbishop Anastasios who signed her copy of his book “Mission In Christ’s Way which is on in front of Duro in the back. P-J photo By William Mohan

“My motive for mission work is the love of God,” Duro said. “It is the motive for most missionaries doing what they do. It involves personal service and sacrifice to the church.”

In July, Duro went on a missionary trip to Albania. Along with six other volunteers from across the United States, including a Albanian Orthodox priest of the OCMC, Duro spent nearly two weeks from June 19 to July 2 in the village of St. Vlash near the port city of Durres. The trip was arranged by OCMC missionary Pamela Barksdale.

Albania was originally under Ottoman rule before enduring five decades of communism under the Soviet Union. At one time, religious worship was constitutionally outlawed. The result was the destruction of churches and monasteries, no religious infrastructure and few religious figures in the country.

“They are progressing since between now and communist rule in economics, the church, etc.” Duro said.

According to OCMC, Albania has been reformed through the efforts of Albanian Archbishop Anastasios, the head of the Albanian Orthodox Church. The organization reported in 2011, that six bishops and 140 Albanian Orthodox priests served over 400 churches in the country.

Duro said what made this trip stand out from her previous ones were three factors. They were intense heat, delayed travel arrangements from her airline arrangements and the love demonstrated to her during the trip.

For this missionary trip, each member was required to raise $3,000 for their own travel to Albania.

To apply for the trip, members had to be physically fit and have a letter of recommendation from a Albanian Orthodox priest. For Duro, her letter came from Archbishop Nikon of the Albanian Orthodox Archdiocese of America in Boston.

Duro explained that the application process for potential missionaries normally starts in January of each year.

The purpose of this mission trip was to visit The Orthodox Home of Hope which is located in Durres, Albania. The visit was planned for the missionary team to be at the home during it’s annual summer camp. The theme for this year was “Faith Hope and Love. The greatest of these is Love.”

During the visit, 21 children and 16 reunion guests consisting of former campers and workers were in attendance.

The Home of Hope is an orphanage ministry of the Orthodox Church of Albania. It is located on the campus of the “The Resurrection of Christ” Theological Academy at the Monastary of St. Vlash. Initially started in 2003 with funds and blessings from Archbishop Anastasios of Tirana, Durres and All Albania, the home was created to help children affected by abuse, trauma, unstable domestic backgrounds, orphanhood and similar circumstances. Children range between the ages of 5-18. According to the Home of Hope’s website: orthodoxalbania.net, the home originally began with 8 children and has since reached its maximum capacity of 30.

The children at the home are cared for by staff whose goal is to try to address their physical, emotional and spiritual well-being. Among these tasks are three meals a day and prayers. Even though the staff is paid a pittance for their work and lives in the neighboring village, their actions are performed with love in mind daily.

The missionary team involved daily activities including music, arts and crafts, religion, and English As A Second Language.

Duro explained that ESL was a key topic as English is not widely spoken in Albania. Duro was one of two people in the team that spoke Albanian.

Because the location of the home and the monastary includes many steps, Duro explained that everyday was an exercise.

“I am much more physically fit now than I was when I left,” she said. “Lots of steps. The kids are there 24/7, they are jumping up and down, they could care less.”

Duro will now discuss her recent trip to Albania to the Boston Albanian Archdiocese at its annual gathering and to the Canonical Orthodox Christian Churches in Buffalo.

Locally, Duro will give a presentation to the Philoptochos Society at St. Nicholas Greek Orthodox Church in Jamestown on Sept. 4.