Racers shortly before they begin their run through the streets of Jamestown. P-J photos by Daryl Simons Jr. 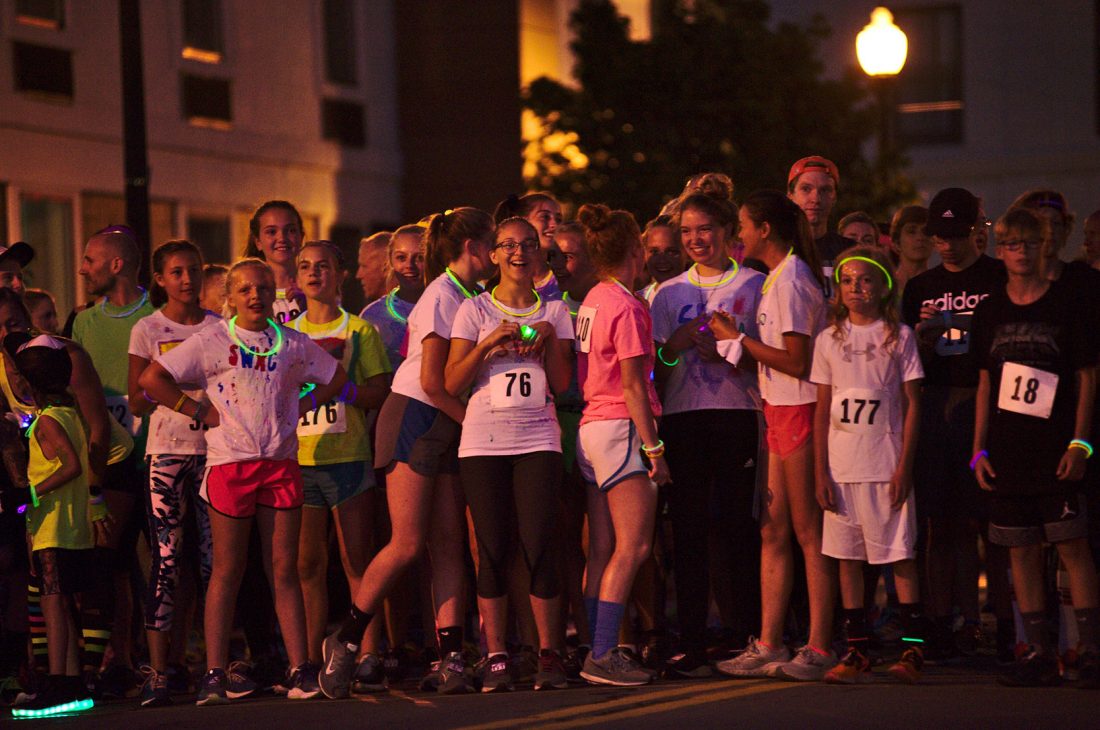 Racers shortly before they begin their run through the streets of Jamestown. P-J photos by Daryl Simons Jr.

As the sun began to set this Saturday evening, numerous racers made their way to the Northwest Arena for the Glow Your Mind 5K Run/Walk.

“This is our biggest year yet,” Annie Rosenthal said, Public Relations Coordinator for the Chautauqua County Department of Mental Hygiene.

The race had 184 people participate, an increase of 34 people from 2018. Around 160 people had pre-registered online.

Rosenthal said that this is the fifth year that the county mental hygiene department has held a 5K.

The event kicked off at 8:30 pm, though most arrived much earlier to register, to receive a face painting, to wear variously colored glowsticks, or to utilize the on-site photo booth. 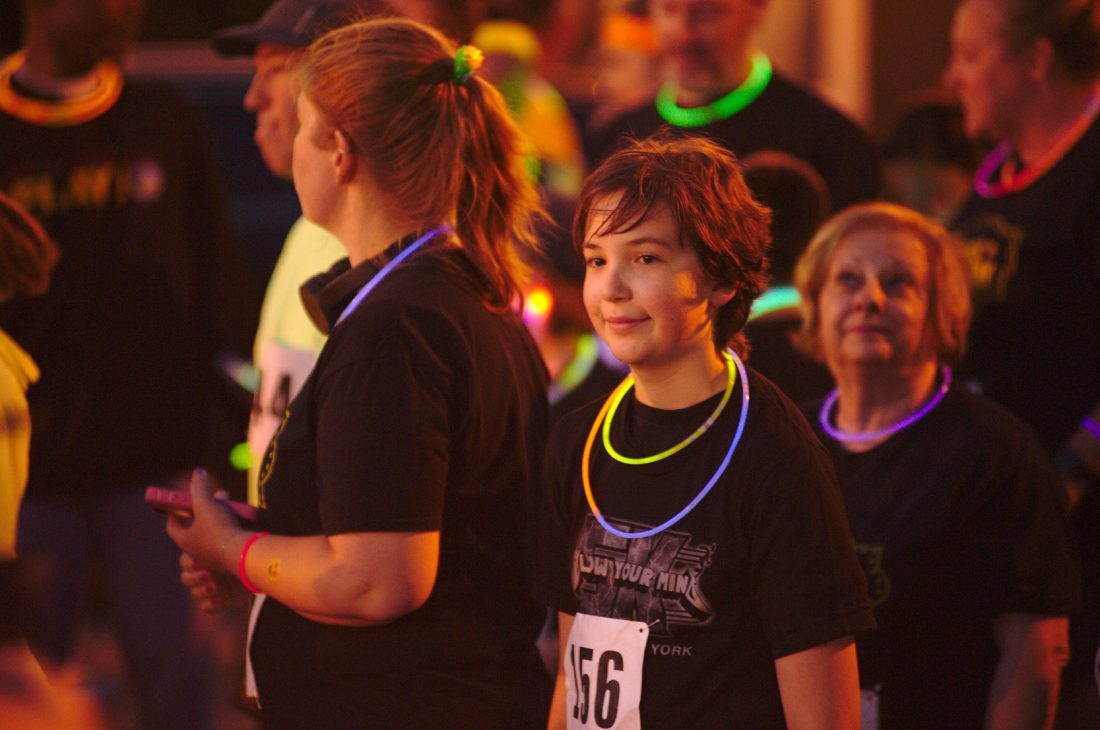 This year’s theme being 80s fashion, a number of people were dressed up in kind, sporting retro 80s wigs.

“We are very excited about how this is growing and how it brings awareness to suicide prevention in Chautauqua County,” Rosenthal added.

The Glow Run is a collaboration of the Community Alliance for Suicide Prevention, Chautauqua Tapestry and the county department of mental hygiene. Chautauqua Striders provided timing and race management for the race.

The racers were fitted with electronic chips that recorded their time as they crossed the finish line. Starting at the midpoint between the National Comedy Center and Northwest Arena, the racers lined up beneath the Labor Day banner hung overhead the street.

When the race began, the racers traveled down a route that took them through Third Street, across Third Street Bridge, south on Hallock Street, and then to Newland Avenue, only then to return back the same way.

All of the proceeds raised by the event stay local for suicide prevention efforts in Chautauqua County.