Veteran Shuttleworth is on a coast-to-coast, 3,600-mile trek to raise awareness for veterans’ issues. 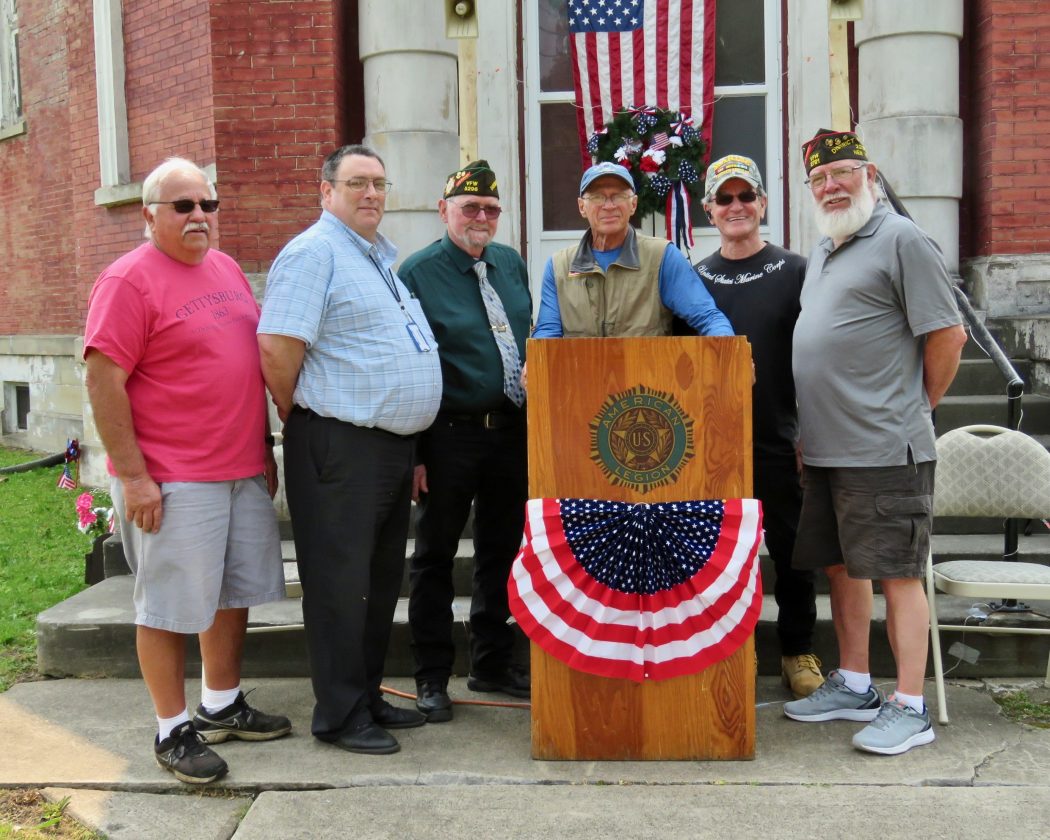 LITTLE VALLEY — Veteran William Shuttleworth is on a mission to raise awareness on veterans’ issues, and he’s doing it on foot.

As he passed through Little Valley on Friday, he stopped at the Civil War Memorial Building where he was met by C.A.M.P. members and local residents who gathered there to hear his urgent message about the needs of this country’s veterans.

The 72-year-old Air Force veteran from Newburyport, Mass., started his 3,600-mile, seven-month walk from his home on May 15 with an agenda to address homelessness, addiction, access to health care and to increase starting pay for enlistees to a livable wage. As of Friday, he had walked 520 miles and he’s been averaging 30 miles a day. On his journey, he has met and talked with individual vets at coffee shops and across dining room tables, as well as those in small groups at VA Centers, American Legions and VFWs.

As Shuttleworth, a Vietnam veteran, spoke about the plight of United States veterans at a small ceremony on the grounds of the Memorial Building, attendees listened to his urgent message.

“When our veterans came back from war, they were forgotten. They were injured and couldn’t get the services they needed. After entering the VA hospital temporarily, they were put on opioids and other medications, then discharged to the streets without any hope. They had no job training, they fell apart and people blamed them,” he said. “Fifty veterans in this country kill themselves every day. One out of four homeless people living on the streets are veterans.” 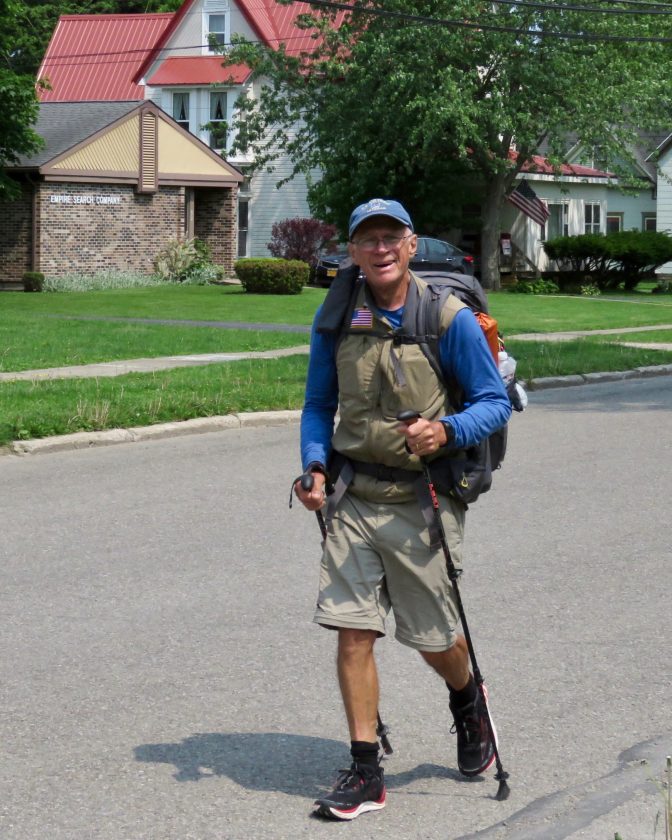 Veteran Shuttleworth is on a coast-to-coast, 3,600-mile trek to raise awareness for veterans’ issues.

The idea to walk across America for veterans came to Shuttleworth last year while serving as a camp host for homeless vets at a state park in California. As they sat around his picnic table, he heard similar stories of tragedies with drugs and alcohol, and constant thoughts of suicide.

“When I came home, I told my wife, Patty, that instead of walking 20 miles in-town every day, I might as well walk a straight line across the country and build a coalition from coast-to-coast of grassroots, ordinary people who are fed up with Congress and can make a difference by electing people that have strong belief systems and won’t forget a veteran,” he said. “In the 520 miles I’ve walked, I have literally met hundreds and hundreds of people that need this support. They are reaching out to be heard.”

Emcee John Scarano, C.A.M.P. vice president, gave a speech tying Shuttleworth’s cause and C.A.M.P.’s cause together. He said both Shuttleworth and C.A.M.P. members advocate for all veterans.

The C.A.M.P. group is currently working to restore the Civil War Memorial Building that commemorates the service of over 3,500 Civil War Soldiers and Sailors from Cattaraugus County. The building was dedicated to them on Sept. 7, 1914, when over 200 surviving Cattaraugus County Civil War veterans attended the ceremony.

“Most of those Civil War veterans were interviewed by newspapers and, on that day, they all had one thing to say, ‘Please don’t forget what we did there,'” Scarano said. “They did not want their efforts, suffering and courage to be forgotten.

“That is why C.A.M.P. is here,” he continued. “We don’t want what they did to be forgotten. The veterans that William is walking for are basically saying the same thing today, ‘Please, don’t forget us.'”

Scarano said C.A.M.P. would like to see the Civil War Memorial Building complex, including the board of elections building, become a veterans’ center. He said his group hopes this was the very first of events they will hold there for a long, long time.

Also in attendance were Democratic candidate Austin Morgan who is campaigning to fill former State Sen. Cathy Young’s seat in Albany; Dan Williams, Cattaraugus/Allegany County Council Commander of the VFW; Joel Vanik, incoming Cattaraugus/Allegany County Council Commander of the VFW; and Steve McCord, director of veterans’ services in Cattaraugus County. The men spoke about the plight of United States veterans who have proudly served their country.

On Saturday, Shuttleworth continued along Route 242 to Randolph and took Route 62 near Jamestown to Warren, Pa., before heading to Ohio and beyond. His destination is Vandenberg Air Force Base, in southern California, where he hopes to be by Columbus Day.

Shuttleworth’s journey across the country can be followed on his website, vetsdontforgetvets.com, where he also has a blog. He has created a GoFundMe Page at gofundme.com/vets-don039t-forget-vets/donate. He said every dollar will go directly to veterans for job training, drug treatment and support of homeless veterans.