Ripley School principal Micha Oldham was “just another parent” at Ripley community night as he listens to his daughters, Ella (4th grade) and Bryn (3rd grade) describe their projects. Photo by David Prenatt 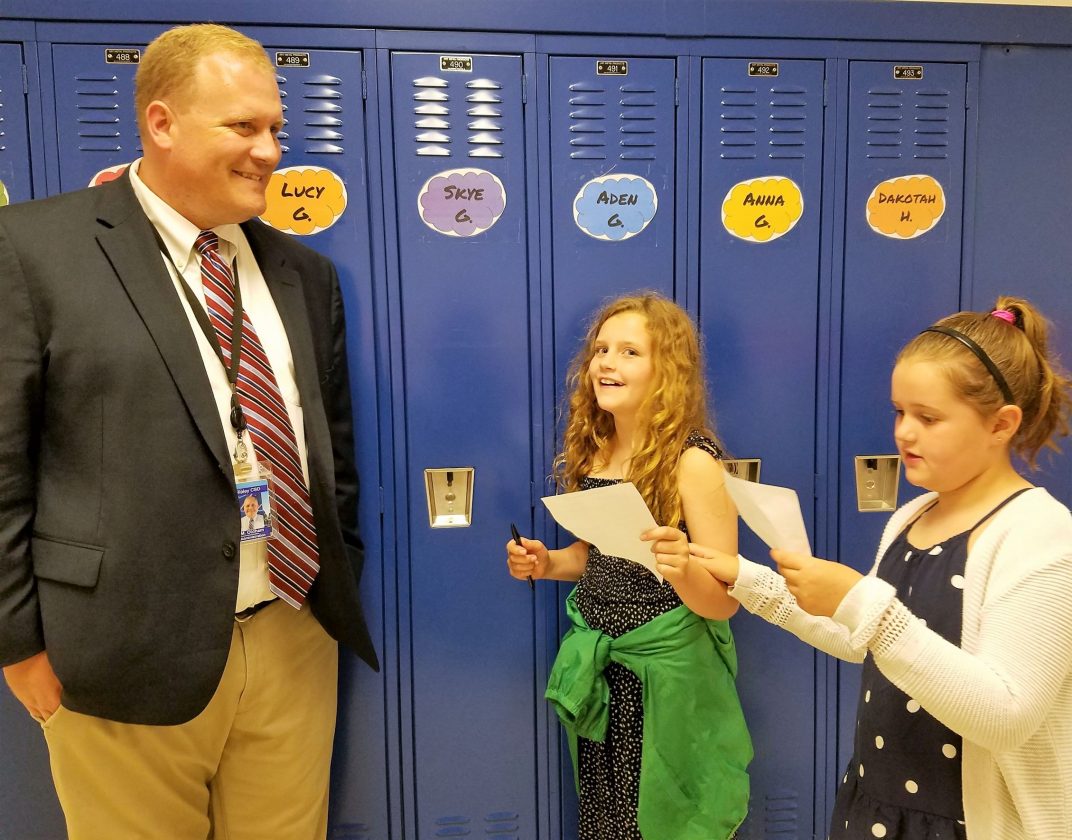 Ripley School principal Micha Oldham was “just another parent” at Ripley community night as he listens to his daughters, Ella (4th grade) and Bryn (3rd grade) describe their projects. Photo by David Prenatt

RIPLEY — The weather was the only thing that did not cooperate when it came to making Ripley Central School District’s end of year celebration a great success.

Enthusiasm was high on June 20 whether one was in the cafeteria enjoying food and music, taking part in a scavenger hunt throughout the building, or participating in a “museum walk” to view artifacts of each students learning process.

Ripley had its first community Night/Open House in February, with more than a hundred attendees, and the end of year celebration was equally well attended. “We’ve had a wonderful turnout again. I continue to be amazed by the support of our community,” said Ripley Principal Micah Oldham. “Not only have family members attended this event, but many community members, as well.”

The event, which brings members of the community to the school and allows students to showcase their work, Oldham said.

“That’s really the goal of this event – to get the community back into the school to see the wonderful things going on here,” he said. 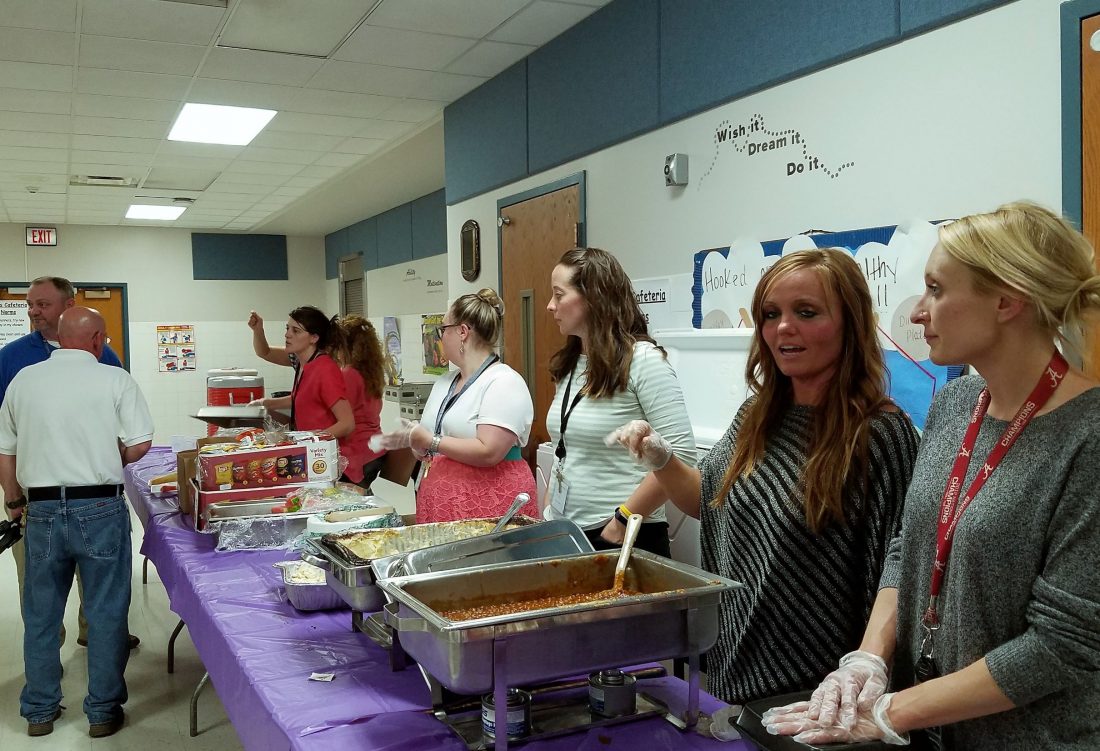 Ripley superintendent William Caldwell said the event was an especially good way for the students to display their work. Work ranged from paper mache people and animals, to slide shows, to public service announcements in the event of a disaster, he said. “These aren’t things that the kids can take home and put on the fridge,” Caldwell said. “It’s a great opportunity for parents to see what the kids are doing.”

One such student was fifth-grader Bella Tolbert who had prepared an earthquake-emergency kit as part of her presentation. Her kit included flashlight, blankets, medical supplies, canned food and can opener, water, batteries, a whistle and a pillow.

Earthquakes can happen in all 50 states,” Tolbert said. “You could get buried or it with debris or get hurt in the aftershock.”

The celebration had been planned to take place outside, but the rainy, humid weather forced the decision to move it indoors, Caldwell. said However, he said, this did not dampen the celebratory nature of the evening.

“We were worried about the impact of bringing it indoors, but it didn’t seem to affect the turnout at all,’ Caldwell said. “It worked out just fine, we’ve had lots of kids and lots of parents,” he added.

The night’s activities included a cookout with hot dogs, ships and watermelon, live music provided by Russell and Hamels, the option to pre-order a $10 chicken BBQ dinner, displays and presentations of student work, and a scavenger hunt with prizes.

“The goal was to bring the community in to see what we’ve been doing,” Caldwell said. “We have a scavenger hunt, and the parents are as competitive as the kids.”

Since the 2018-19 school year was the first year at Ripley Central School for both Caldwell and Oldham, both are keen to celebrate the learning and growth that has taken place. “Mr. Oldham and I have been blessed coming on board this year,” Caldwell said. “This event does nothing but boost the morale of the school and the kids are very proud of their work.”

Caldwell also acknowledged the participation of the teachers in the celebration. “What impresses me is all of the teachers that are here. this wasn’t required or mandated in any way,” he said.