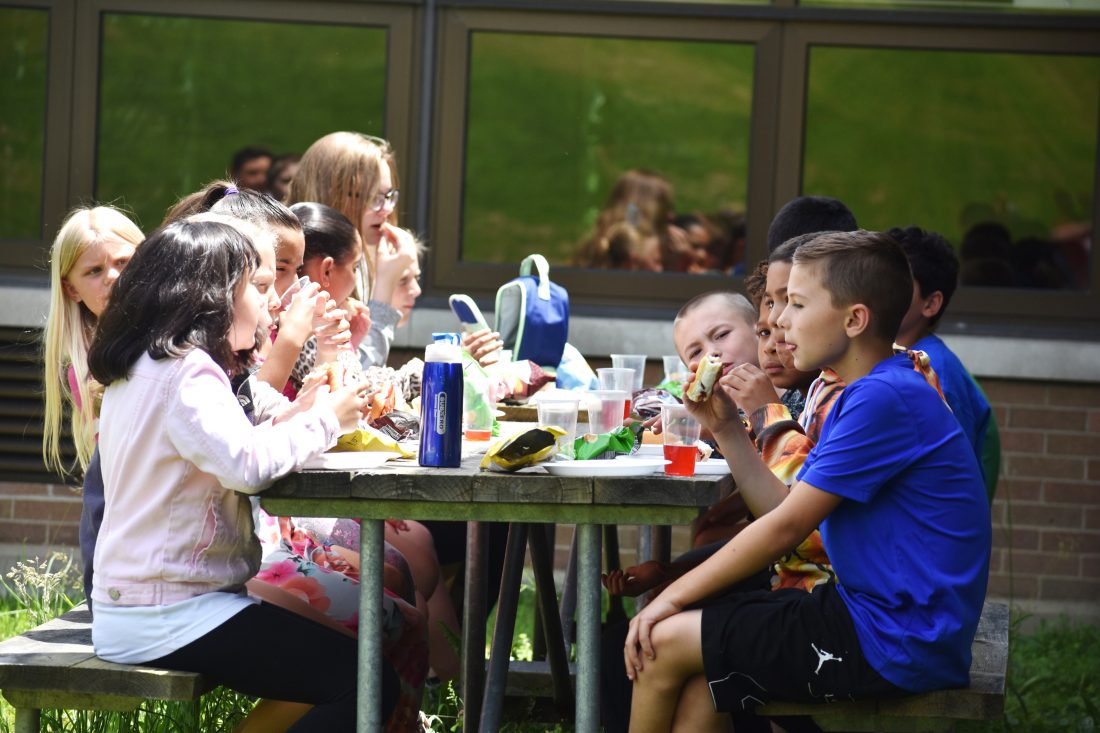 Ring Elementary students celebrated their completion of elementary school with a barbecue Monday. The students will being attending Washington Middle School next year. P-J photo by Jordan W. Patterson

Ring brought back the tradition of hosting a fourth grade barbecue to celebrate the students completing elementary school and easing the transition to middle school.

“This is the first year that we’ve done it in a long time,” said Denise Powers, fourth grade teacher.

Powers said the positive activity has been missing from the year-end festivities for almost 15 years. With a new school grill, Powers said the school thought it was time to bring back the rewarding event for students who are about to relocate schools.

“This is a celebration of the end of elementary school,” Powers said.

Monday’s festivities coincided with a year-end math project that had students plan a hypothetical barbecue using measurements. Students are tasked with calculating the cost of the event, the number of guests and an equal amount of supplies. The actual cookout compliments the math project well, Powers said.

She explained that many of the students are nervous about next school year and the move into middle school.

“They’re not sure what to expect,” Powers said. “They’re wondering how different it’s going to be from what they’re used to.”

Powers said many of the students are excited to have more freedom in a new school. With clubs, intramurals and playing in the band, Powers believes the students are anticipating the increased amount of opportunities that will be available to them as they move on.

“They’ll have more opportunities than they had at the elementary level which I think they’re excited about,” she said.