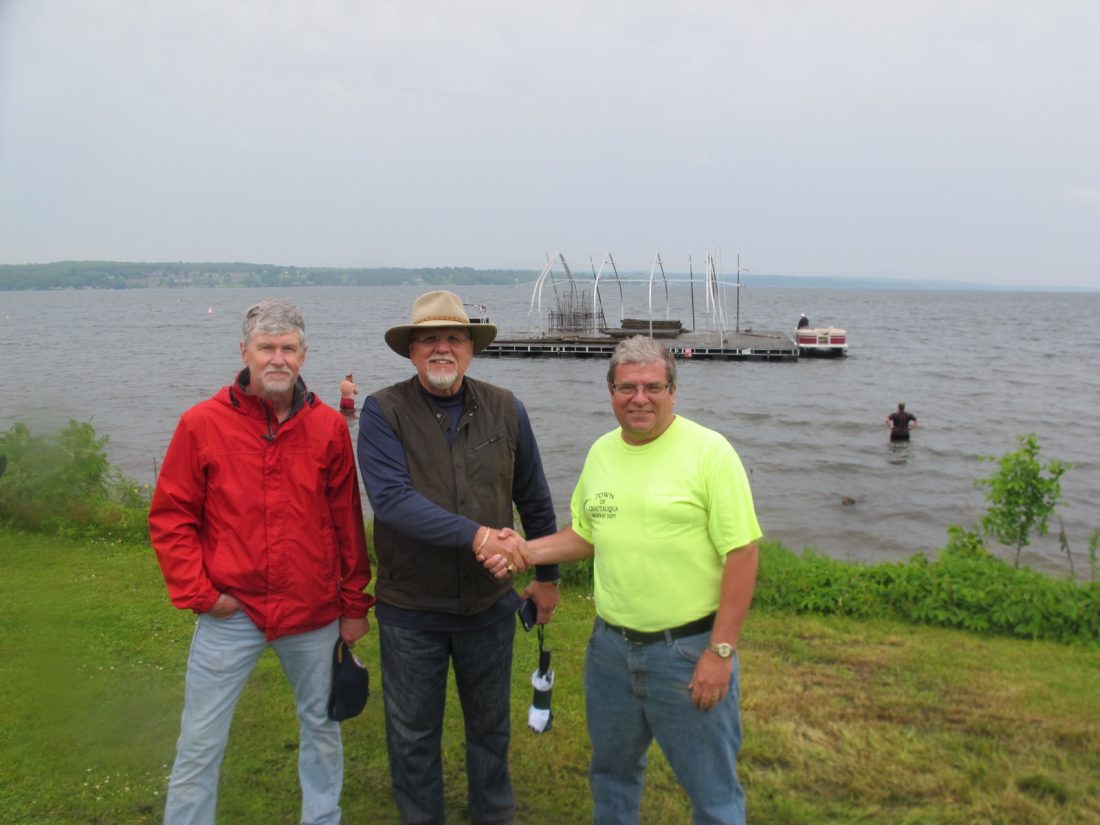 MAYVILLE — The floating stage for the Chautauqua Lake Pops by the Shore summer concert series made its grand entrance Wednesday.

Despite a brief delay due to the weather, the stage was towed by two boats to its new summer home in the village of Mayville.

The concert series will operate similarly to how Bemus Bay Bops has in past years, with a variety of performances throughout the summer featuring classical, swing, jazz, country and modern music; the shows will take place on Chautauqua Lake behind The Depot in the village.

“Right now we are in for three years minimum and we’ll go from there. Our plan is to go longer,” Mayville Mayor Ken Shearer said Wednesday of the concert series. “We are just going to try it out an see how it goes.”

The first show will be held Saturday, June 29, and feature Absolute Journey, a Journey cover band. The following day will feature Material Girl, a Madonna and Lady Gaga tribute band.

A Fourth of July concert event is also planned.

“The Pops series was an amazing economic driver for Chautauqua Lake for many years, and so many people were sad to see it go away,” Chautauqua County Executive George Borrello said in April. “And now we have this amazing rebirth.”

“The Village Board has worked hard to bring this great opportunity to fruition, and we are looking forward to their opening on June 29,” Shearer said.

The Chautauqua County Legislature in May approved $10,000 from the 3 percent occupancy tax reserve fund for the Chautauqua Lake Pops.

Tickets for the concert series can be purchased at chautauqualakepops.com.

William Mohan contributed to this story.