Pictured is the proposed design for Westfield’s first responders tribute at 18 N. Portage St., which is the site of the village’s first fire hall. 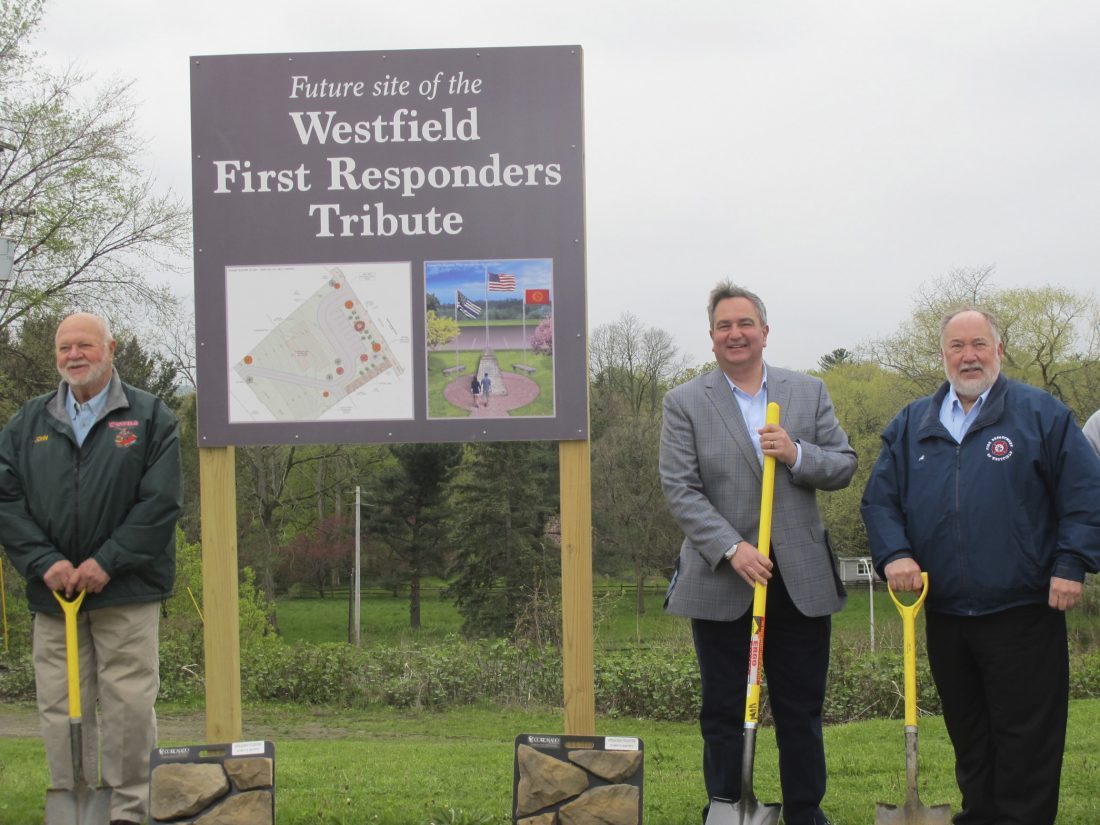 WESTFIELD — While most memorial sites honor individuals who have died, a dedicated group of citizens in Westfield is erecting a monument to those who give their lives daily for persons in need — first responders.

Several local and county government officials were present on Friday afternoon for a groundbreaking ceremony at the former site of the Portage Inn on North Portage Street in Westfield where a memorial will be erected to honor first responders. The groundbreaking is the culmination of nearly two years of work by the First Responders Tribute Group.

“It’s fitting to do this on a day that’s less than perfect because they get up in the middle of the night in all kinds of weather whenever there is a need,” said Alan Holbrook, president of Westfield Exempt Volunteer Firemen’s Association. “We’ve had a fantastic committee working on this project.”

Among those present was County Executive George Borrello. “What I love about this memorial is that it is dedicated to people who have made sacrifices, but whose faces we do not know,” he said.

Borrello praised the type of sacrifice that first responders make. 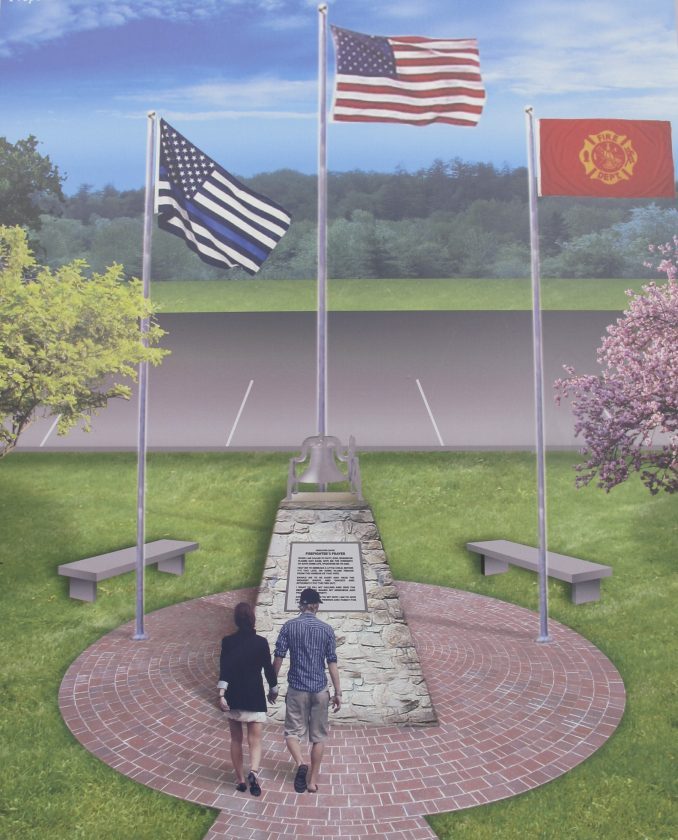 Pictured is the proposed design for Westfield’s first responders tribute at 18 N. Portage St., which is the site of the village’s first fire hall.

Two special guests also took part in the groundbreaking: Westfield resident, John Hanmann, who presented Holbrook with a $2,500 donation in memory of his wife, Paula, who passed away last year. Matt Gambino of Coronado Stone Products, presented a $1,000 check to Holbrook and the pledge of the company to donate the stone for the obelisk.

Holbrook said the First Responders Tribute Group has unofficially raised $10,000 of the $45,000 needed to complete the project. Hannum, presented Holbrook with a check for $1,500 on behalf of the Northern Chautauqua Community Foundation. The NCCF will be processing all monies donated to the project.

After the ceremony was complete, Henner expressed his appreciation of those who have worked to make the First Responders Tribute a reality. “It’s a wonderful thing for our community. So many people have gotten together to show support for first responders and volunteers,” Henner said. “This is just a small token of our appreciation for what these people do.”

Henner’s wife, Marilyn, also noted the location chosen for the memorial will be visible to visitors to the town.

“This road is a gateway into Westfield. When people come into town, we want them to see our appreciation for our first responders,” she said.

Holbrook said the First Responders Tribute Group plans to dedicate the memorial on Sept. 7 at 2 p.m. There will be several events throughout the weekend to recognize first responders, he said, including a parade that will precede the actual dedication.

The groundbreaking ceremony also served as a kick-off for the official fundraising drive, Holbrook said. Checks can be made out to Westfield First Responders Tribute and sent to the Northern Chautauqua Community Foundation (NCCF), 212 Lake Shore Drive West, Dunkirk, NY 14048.