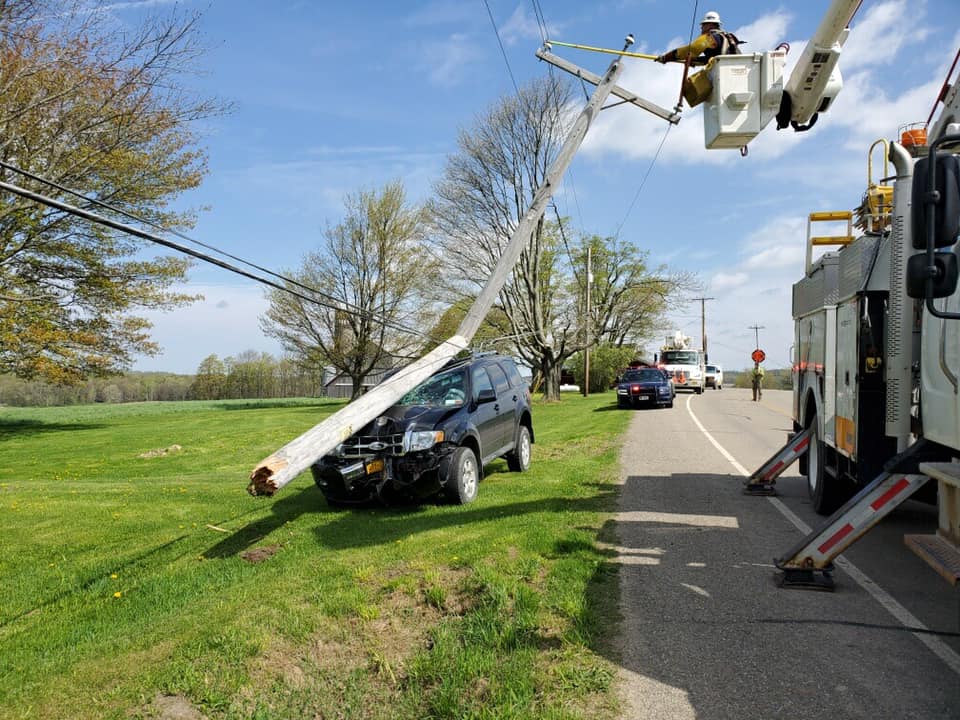 A Clymer man was transported to the hospital for treatment of injuries following a crash Thursday morning. Photo by the New York State Police

FRENCH CREEK — A Clymer man was taken to the hospital after the SUV he was driving struck a utility pole Thursday morning.

The New York State Police reported 18-year-old Jordan Wade was southbound on Route 426 in French Creek, near Harrington Hill Road, when his SUV went off the road and struck the utility pole head-on.

The pole was snapped in half as a result of the crash, state police said.

Wade was transported to UPMC Hamot in Erie, Pa., for treatment of head and neck pain. He was issued traffic citations for failure to use designated lane and moving from lane unsafely.

Firefighters from French Creek and Clymer responded to the scene.