Although Forty-five volunteers signed up for the clean up, even more showed up to lend a hand. The Salvation Army brought in a food truck to serve the volunteers lunch and snacks as they worked. Submitted photo

Volunteers began cleaning up the damage left by Sunday’s tornado on Wednesday with efforts set to continue through Saturday. Submitted photo 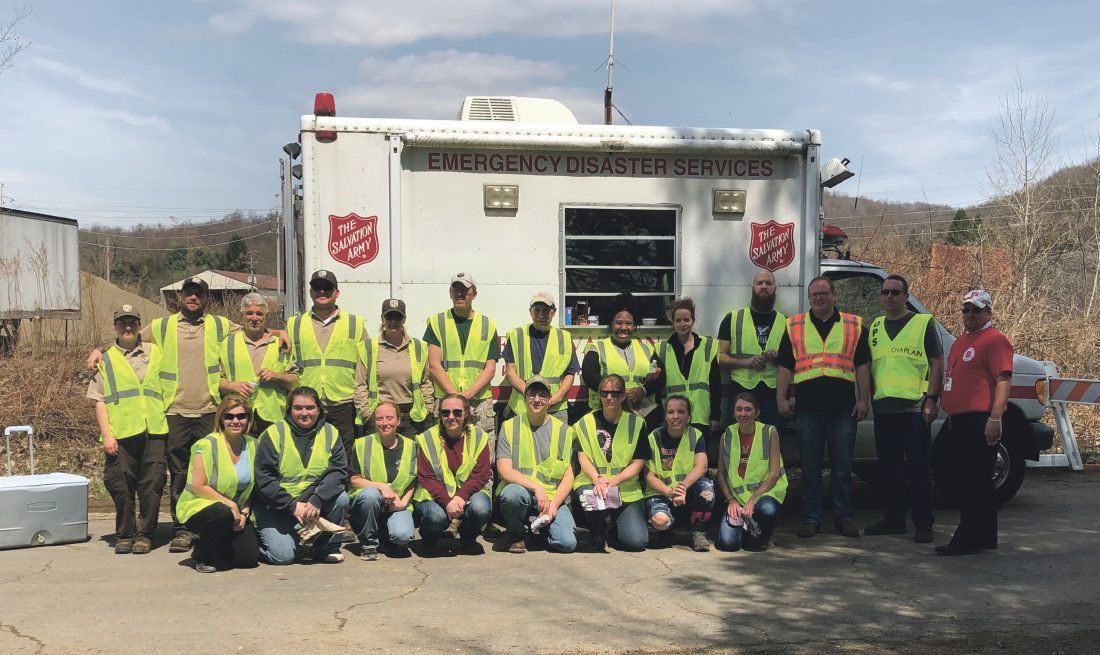 Although Forty-five volunteers signed up for the clean up, even more showed up to lend a hand. The Salvation Army brought in a food truck to serve the volunteers lunch and snacks as they worked. Submitted photo

Not even a tornado can rip apart the strength of the Warren County community. The citizens have come together and efforts are underway to clean up Warren County in the wake of the EF-2 tornado that ripped through the county Sunday evening.

The county commissioners took the initiative in asking for volunteers to help clear the roadways, forests, and properties affected by the tornado. Their request was answered with an outpouring of support from the community.

Forty-five volunteers initially signed up for the cleanup efforts and even more showed up.

The Salvation Army brought in a food truck to serve the volunteers lunch and snacks as they worked.

Conewango Township supervisors volunteered two dump trucks to help carry debris to the compost heap in the city. They also brought in a wood chipper to handle brush and trees. 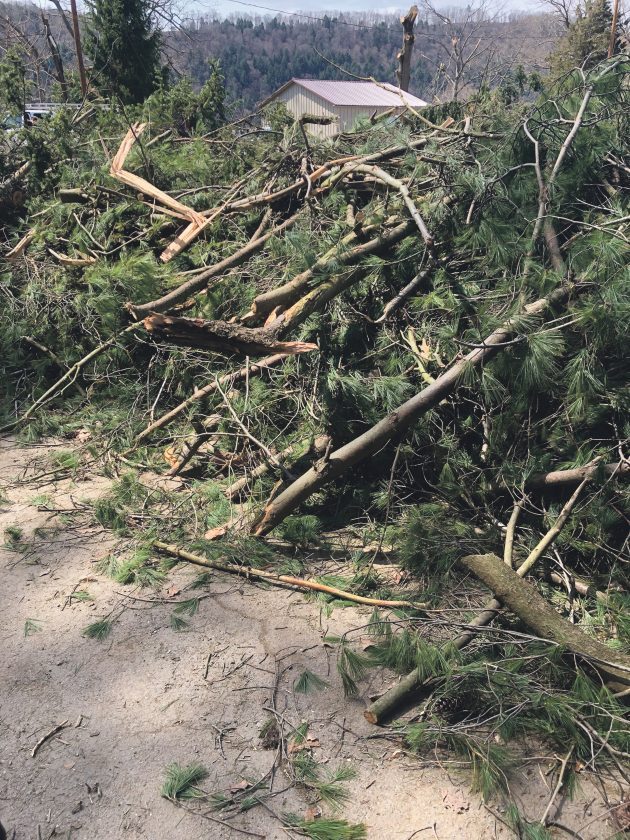 A Sugar Grove supervisor came with the Amish who used chainsaws to cut trees and other materials to be removed.

Organizations such as US Fish and Wildlife and Civil Air Patrol sent volunteers to help in the efforts. Citizens flocked from areas such as Erie, Meadville, and Corry. Even some Venango Technology Center LPN students showed up as a group to show their support for those affected by the tornado.

“I was surprised by how many volunteers were here. It’s amazing to see the community come out and give back like that. We ran out of gloves because there were so many of us,” explained Venango LPN Student Savannah.

Heidi Kafferlin, the head of Love INC of Warren County, was the volunteer coordinator for the cleanup efforts.

“Heidi and Love INC has done a lot of work helping to organize, she’s been the go-to person.” County Commissioner Jeff Eggleston said. “I’m impressed, I don’t know what these people would have done if not for volunteers. Most of the residents in this area are retired; without the help from the community this would have taken months,”

Volunteers began cleaning up the damage left by Sunday’s tornado on Wednesday with efforts set to continue through Saturday. Submitted photo

When volunteers began their work Wednesday morning, there was debris everywhere. Sheet metal was piled on the sides of the road on Route 6 near Carter Lumber. Fallen pine trees made it impossible to cross some fields and roads even on foot. Insulation and roofing material was scattered throughout everything.

“It was the blackest cloud you’ve ever seen in your life. It came over the hillside and was just full of lightning, before we even got down the steps to the basement, it was all over. It took 10 seconds for everything to happen,” explained affected area resident John Schultz.

His wife, Valerie Schultz, added, “It really sounded like a freight train. I’m more overwhelmed with how many people have come forward to help. We thank them all.”

“Yesterday there was a group from Miracle Mountain that came and just started working on it. Electricians are here working too. Things that we thought we’d have to pay and hire people for, there’s just people here now doing it,” said John Schultz.

The tornado left another neighbor, Terry Brandt, with a tree collapsed through the back part of his home.

“It’s hard to believe, all these volunteers, and they’re still at it. It’s a great effort. It takes leadership to get it rolling and we’ve got it. Jeff (Eggleston) was the first one I ran into from the county on Monday and he’s been here every day since, it’s people like him.” Brandt said. “It’s really heartening to see the system work, this is what people are supposed to do, work together.”

Clean up efforts are set to continue through Saturday, April 20. If you wish to volunteer, the registration form can be found on the County website. Simply select the days that you are available to help, even if for only an hour, and one of the County volunteer coordinators will contact you. The rally point for all volunteers is the County Warehouse in Starbrick at 2490 Pennsylvania Avenue West. Volunteers are asked to park off of the highway east of the warehouse.