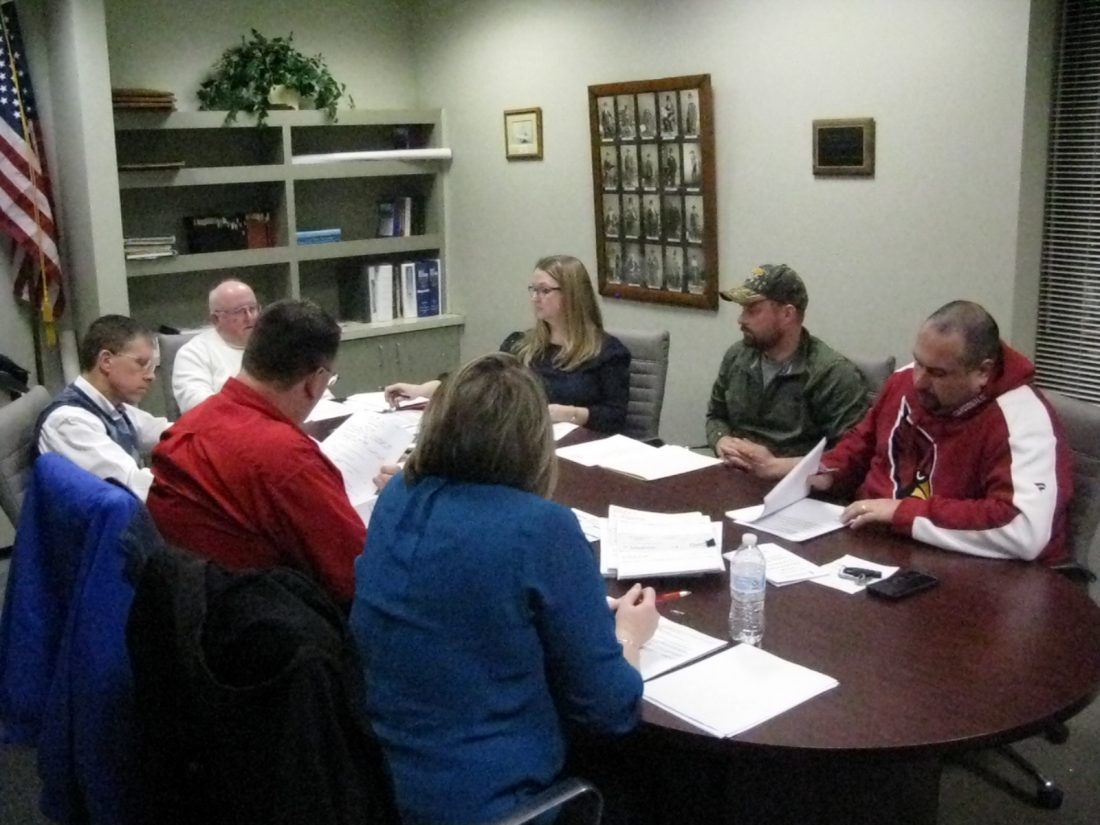 The Randolph town board approved the donation of a replica of the Randolph mammoth located in the village in 1934. A replica of the animal’s head is being donated to the town by the New York State Museum in Albany. Board members say that the display is likely to arrive in Randolph around June. P-J photo by William Mohan

RANDOLPH – A replica of the a mammoth’s head originally discovered in the village will be on permanent display in the Randolph Free Library later this summer,

During a meeting Wednesday, the town board approved the donation of the lifesize replica and its future display in the library. The town will now make arrangements to have it picked up from its current location in the New York State Museum in Albany.

The replica is based on the original Randolph mammoth that was discovered in May 1934 when workmen with the Randolph Fish Hatchery were digging a pond. The remains of the now-fossilized mammal were later determined to be a Columbian mammoth.

According to the National Parks Service, Columbian mammoths migrated from Canada south ultimately making their way to what is now Nicaragua and Honduras. One that was found in the Southern Tier was deemed rare in archeological circles.

According to NPS, a Columbian mammoth would have been so tall that a person would have to stand on the second floor of a building to touch its head. The mammoth has been determined to be approximately 12,000 years old according to the museum.

Today, the original mammoth is located in the New York State Museum. However, the museum had also used the replica to tour across various portions of the state. Previously, the replica has been on display in the Roger Tory Peterson Institute in Jamestown for six months between 2011 and 2012. The replica is of the head and tusks. While the board said arrangements had not been finalized to bring the replica to Randolph, town supervisor Dale Senn said it will arrive at the Randolph Free Library around June 1.

The board also approved the purchase of a Motorola radio system for use on its ten highway department trucks. The purchase would also include two hand held units and a base unit. The radios would be used in the town’s dump trucks and pick-up trucks.

The radios will be used by members of the Randolph Highway Department during maintenance operations. The equipment will consist of hand-helds for crew members and in-cab units for the town’s trucks. The installation of equipment in each vehicle including radio units, antennas, and programming for bandwidth will cost $482 each. The base radio for the highway department shop will be $12000. Highway superintendent Cody Uhl did not have a price for the two hand held units. Uhl said that the installation will be paid for through funds in the town’s highway budget.

The board also agreed to allow use of Weeden Park on June 1 between 10 a.m. and 11. a.m. for the Filling The Gap motorcycle poker run. Filling The Gap is a non-profit organization based in Jamestown that encourages and supports development of services for those in Chautauqua County who experience poverty, distress, and otherwise are underprivileged. The organization especially works to help people with disabilities.