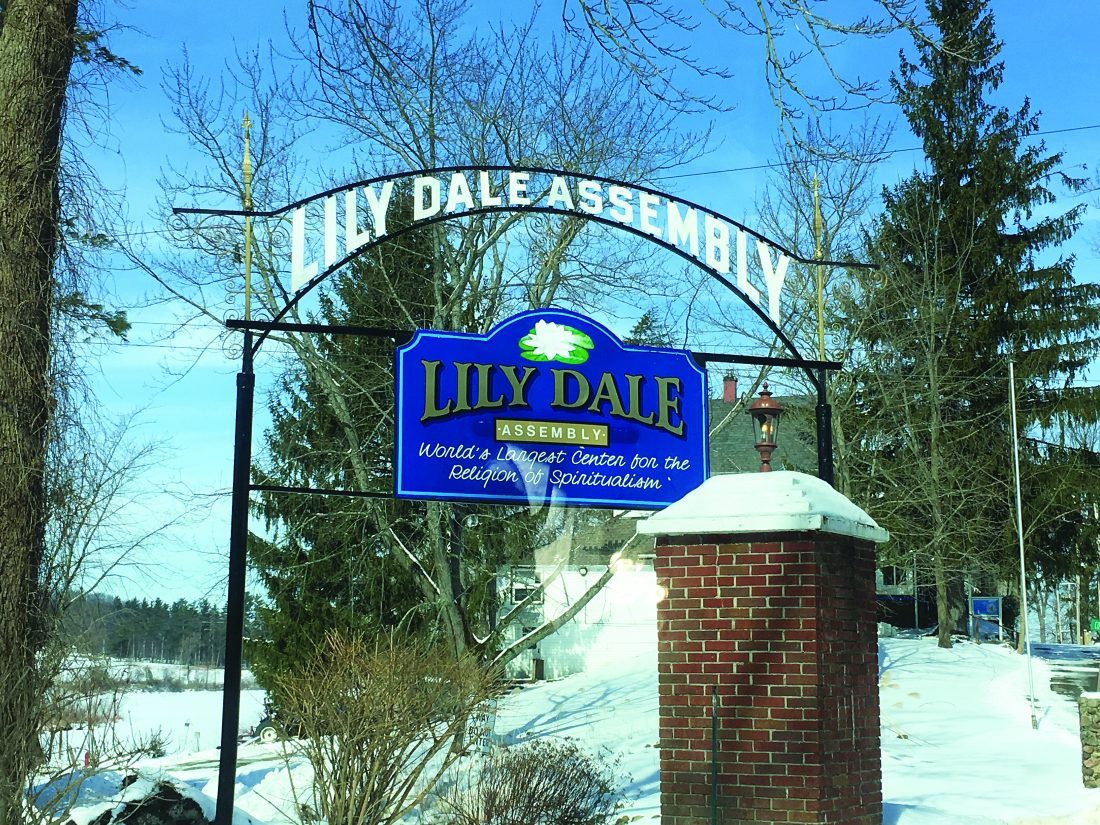 LILY DALE — A series of bemusing and convoluted events at a Lily Dale Assembly board of directors meeting has apparently resulted in the resignation of two board members.

In an email to the OBSERVER newspaper, it was reported that Randy Kerman and Lisa Williams resigned from the assembly’s board. At issue, the email stated, was an approved construction project — without board approval — to renovate the Healing Temple at a cost reportedly over budget and without board membership approval.

Lily Dale is a private, not-for-profit and board meetings are not open to the public. But a number of emails has led to concerns from those on the grounds.

Lily Dale executive director Sue Glasier spoke briefly over the phone, though she was unable to comment on either of the resignations or the renovation. “I’m going to have to refer you to our attorney John Gullo,” said Glasier. “For this (matter).”

Gullo, contacted by phone, provided similar response. “I do not have the authority to comment,” he said. “I never talk to press, I can only talk with permission. Their president, Neal, he’s the only one you can really talk to and it’s really more of a board decision. I don’t even know if Lily Dale will comment. They’re a religious corporation, not a public entity.”

The OBSERVER did briefly speak with Lily Dale President Neal Rzepkowski in a phone call, and when asked, he did indeed confirm the resignations. “A few people resigned from the board,” Rzepkowski replied. “Here in Lily Dale, we keep to ourselves though. There’s been a lot of these anonymous emails … who knows where they’re getting this from.”

Both Kerman and Williams were unable to be reached for comment. However, EMC Construction confirmed that the Lily Dale Healing Temple project was on their agenda.

Another email detailed a “special members newsletter update,” which discussed the resignations and the construction project. It was allegedly sent by Rzepkowski.

“First and foremost, I will take full responsibility for my major part in the unfolding of event that came to a head in the past week and led to the resignation of both Randy Kerman as well as Lisa Williams from the board,” he writes. “My intent is to make it as right as I possibly can. The bottom line is that I did not fulfill my duties as president in doing due diligence to carefully review a contract with EMC Construction Co. with regard to renovations of the Healing Temple. The bottom line is that it is going to run us up many thousands of dollars more than was originally planned to renovate the temple! I take full responsibility in my part, and I have already started moving funds from a retirement account that I have into cash so that I can begin donating to the restricted fund for the Healing Temple. I hold myself accountable for every penny over-budget and I pledge to pay it all instead of saddling Lily Dale with the effort of scrambling to raise these extra funds. We need another special membership meeting to approve spending these extra restricted funds.”

The letters of resignation are reportedly on file in the office, but claimed to be inaccessible without permission from Kerman or Williams directly, according to Rzepkowski.

According to the most recent 990 tax documents filed with the Internal Revenue Service in 2016, the Lily Dale Assembly board was comprised of seven board members then that included: Lynne Forget, president; Glasier; Bobbie Caswell, secretary; Rzepkowski, treasurer; Edward Williams, trustee; Carol Gasber, vice president; and Kathleen Salyers, trustee. Kerman and Lisa Williams were not listed as being directors at that time.