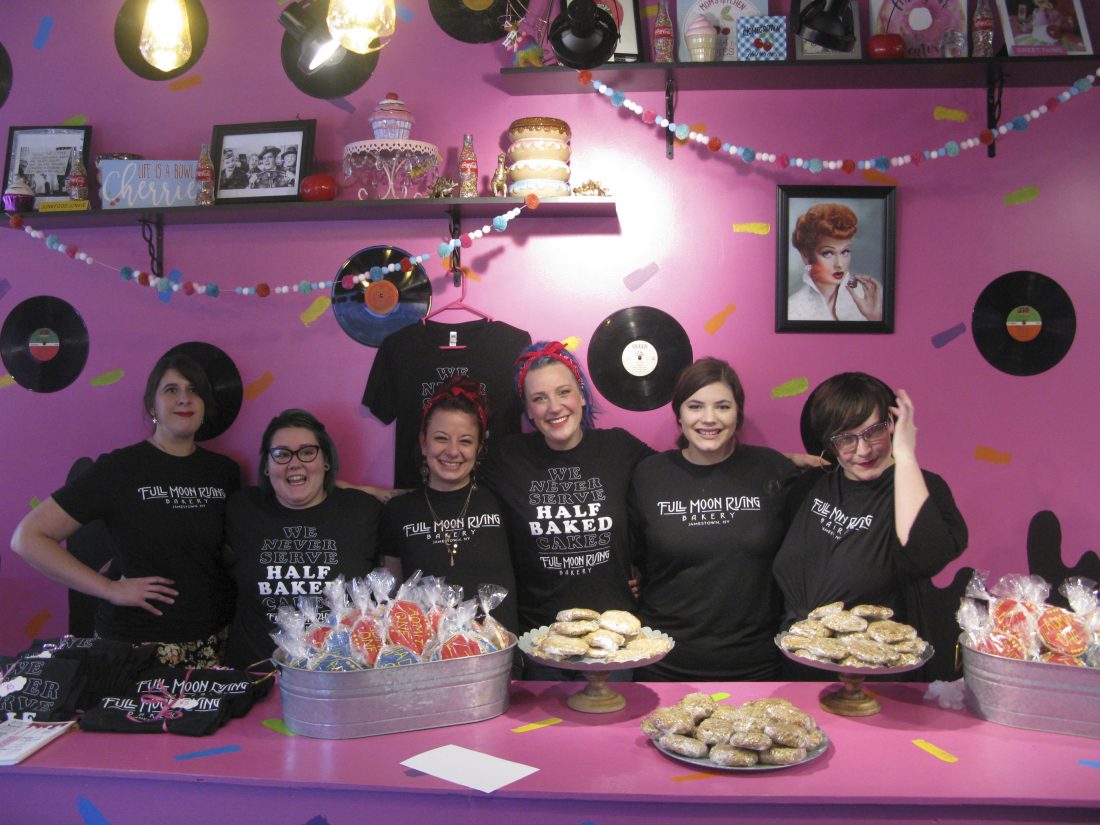 A new location for Full Moon Rising will fulfill many sweet tooths that come through its doors on Third Street or the adjacent Reg Lenna Civic Center in downtown Jamestown.

Originally the cupcake shop and bakery was located at 320 Cherry St. Today the new store is located in the former Corner Cafe at 122 E. Third St.

However, the story behind the Full Moon dates back nearly a decade. It all started in 2010 when Andrea Latona, owner and baker, discovered she enjoyed planning her children’s birthday parties.

“I’m obsessed with birthday parties,” Latona said. “Everything was themed from ice cubes all the way to the cake.”

Latona explained that her planning would sometimes take three months out of the year for each of her children’s parties. Having enjoyed the experience she wondered how she could pursue her love as a career. 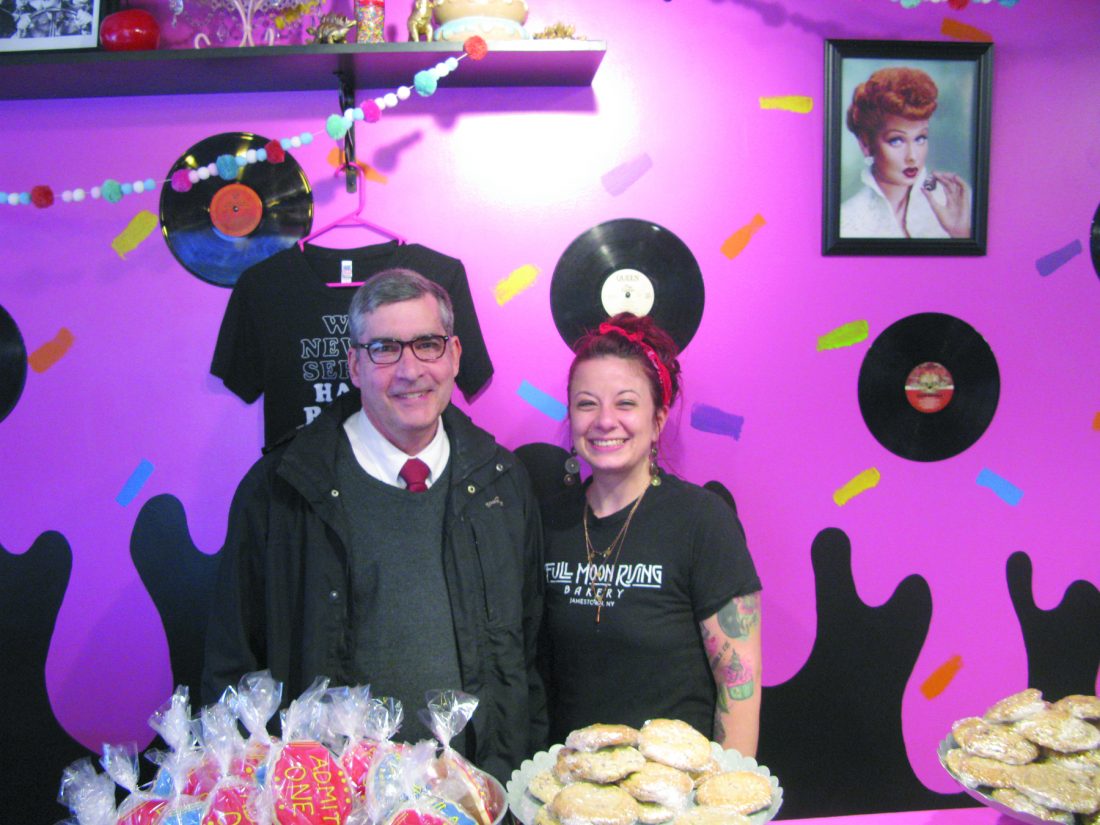 Latona first started planning birthday parties in 2010 from her apartment.

In 2015, Latona decided that the time had come to devote herself full time to planning birthday parties.

“I decided to make it a business and it took off from there,” Latona said. “Everything got bigger and bigger as I went.”

For almost a year, Latona leased the kitchen at Studio D’s Catering on Second Street.

The first event the business took part in was Lucille Ball Comedy Festival in August 2017. Their attendance at the event gained the attention of Chautauqua Institution who invited them to its food festival later that month. The business was enjoyed so much that the Institution invited them to attend its Winter Village.

During this time, the Institution also gave Latona the opportunity to operate The Afterwards Cafe on its campus. While appliances were provided by the Institution, Latona had the ability to run the shop fully.

“They bought an oven for me to use, but it was my bakery,” said Latona, “And everyone loved it so much that we ended up staying past Christmas all the way into April.”

From there the store opened its Cherry Street location in April of 2018, just in time for Lucy Fest. In spite of the time and effort dedicated to opening the business, Latona knew she wanted to be in a spot she could call her own.

“I painted it (the Cherry Street location) just like (the current location) looks,” she said.

Last year, the Reg Lenna approached her and asked her if she wanted to occupy the current space. Latona was grateful to do so.

“This is the spot I had always dreamed of being in before I was even a real business,” said Latona regarding the current location. At one time it was home to the Humidor corner shop.

“I used to come (to the Humidor) with my dad and we would get lotto tickets and Cow Tales every Saturday,” she said.

The name of the store is inspired by a Creedence Clearwater Revival song and a nickname Latona’s brother calls her.

“His nickname for me is Bad Moon so when I told him I’m going do this (open the store) he was like Bad Moon Rising,” Latona said. “I couldn’t use bad in the name so its Full Moon Rising like bread.”

The font of the store is also based in music.

To that end, Latona said she is finalizing Led Zeppelin inspired dishes for the menu.

Among the items expected in the next few months are soups, pretzel products and macaroni and cheese.

The dining room is designed with the aesthetics of a 50s diner and decorated with collectibles and vinyl records on the wall. The store is also adjacent to Reg Lenna Civic Center and can be entered from its lobby and the Buffalo Bill Billboard room.