Both the U.S. Senate and House of Representatives passed the bill in February, and President Donald Trump signed it into law Tuesday, recognizing the center as the “Official National Comedy Center of the United States.”

“We are honored that this legislation has been formally passed by Congress, establishing the National Comedy Center as the country’s official cultural institution dedicated to presenting and preserving the vital story of comedy in America,” said Journey Gunderson, National Comedy Center executive director. “Comedy is a true art form with an extraordinary heritage, and it deserves this important recognition and high distinction.”

Opened in August 2018, the state-of-the-art, $50 million museum complex is dedicated to presenting the vital story of comedy in America, and preserving its heritage for future generations. Based on the vision of Jamestown native Lucille Ball for her hometown to become a destination for comedy, the National Comedy Center showcases comedy’s great minds and unique voices in ways that engage, inspire, educate and entertain. 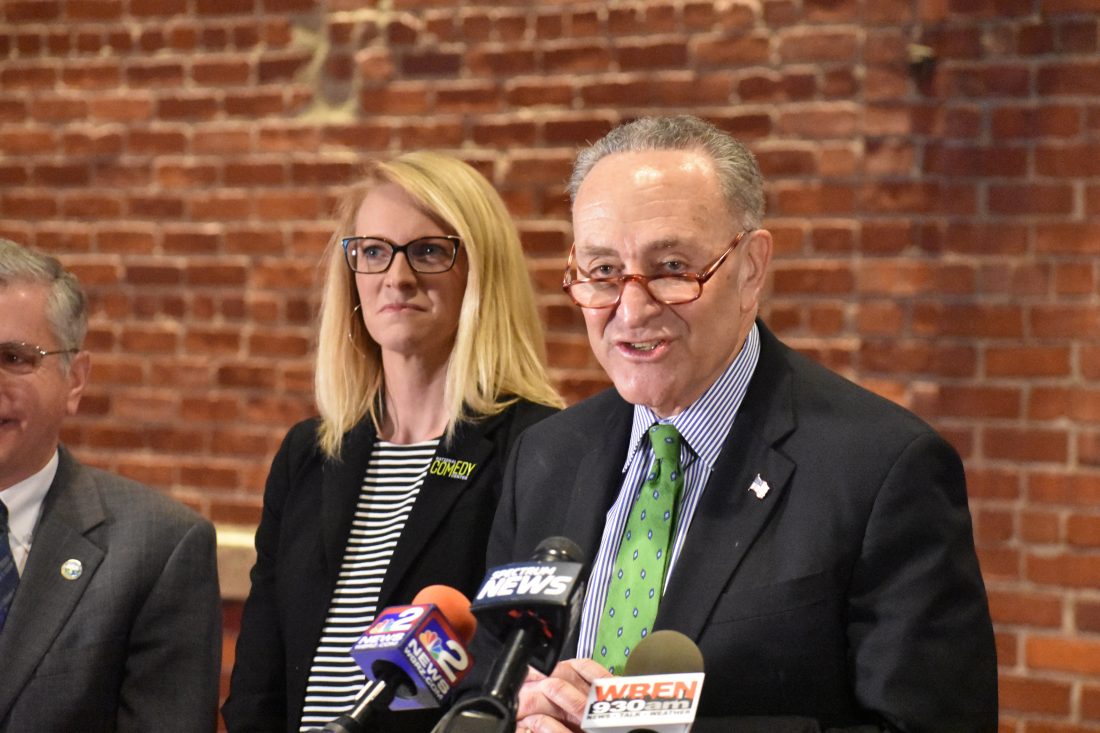 “Ten years ago we embarked on a mission to create a world class attraction dedicated to the art form of comedy in Jamestown, New York,” said Tom Benson, project chairman. “Our dream was realized when the National Comedy Center opened on August 1, 2018 to rave reviews, and now we are thrilled that this important institution will be forever known by law as America’s official home for the celebration of comedy.”

Schumer even visited the NCC on Feb. 8. to announce his support for the legislation to be signed into law.

“Comedy is an art form, and it’s a part America’s rich cultural history. I’m thrilled that Congress passed legislation designating Jamestown’s Comedy Center as the official National Comedy of the United States and been signed into law. The Comedy Center is a tourism magnet and now, finally, it has the national designation it so clearly deserves,” Schumer said. “I am incredibly proud to have played my part in enacting this legislation, to help this cultural institution continue attracting visitors from far and wide.”

The National Comedy Center features 50 innovative exhibits within the 37,000-square-feet facility enable visitors to take an interactive journey through comedy history, from early vaudeville to the latest viral memes.

“Jamestown is now to comedy what Cooperstown is to baseball and Cleveland is to rock and roll,” Reed said. “As the nation’s first state-of-the-art museum and cultural institution dedicated to presenting, preserving and celebrating the art form of comedy, there is no other place more deserving of full backing of the U.S. government as the nation’s home to comedy than the birthplace of Lucille Ball and the National Comedy Center.”