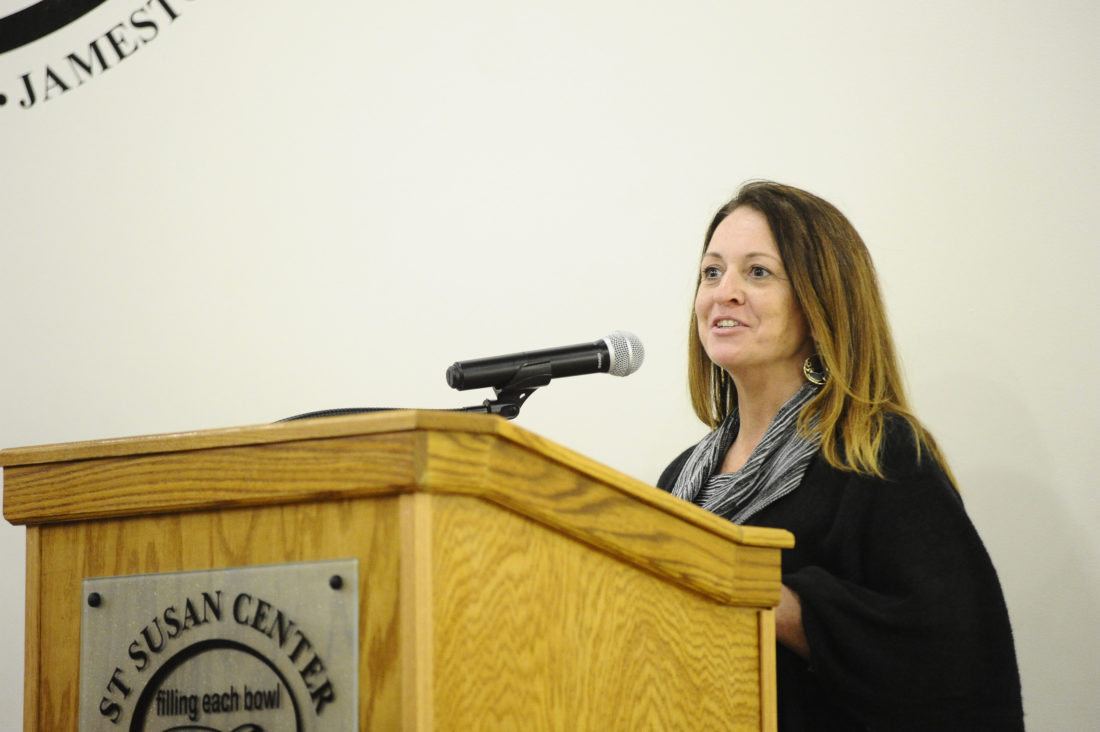 Volunteers at the St. Susan Center were honored Thursday. As an organization whose mission is to feed the hungry, it wouldn’t be possible without its volunteers that help accomplish this mission.

The event hosted around 100 attendees this year, and offered food and dessert, with a 12-foot tall Christmas tree. The new executive director was introduced along with the various award recipients.

Sandi Leone was named volunteer of the year. She began volunteering with the center in May 1999. Among other award recipients were Maplevale Farms for Business Supporter of the Year; Keith Martin and Dan Keefe for Community Supporter of the Year; Nancy Lawson, Jon and Mary Hanck, Jocelyn Monaco and Claudia Reuther for Spirit of St. Susan Award.

“I have been making referrals to St. Susan’s for years. I saw a close friend of mine sitting here, enjoying his food with friends. Then I saw him later that day and he said ‘It was so good to see you there…’ He told me that he had been going there for the last 15 years. He first started going there with my family when he lost his job. But then he started going because it was free food and ‘I needed it to support my family. I didn’t need to food anymore, but I had made great friends, and everyone down there is so great and they treat me so well.’ He had such a smile on his face, and that’s because of everyone here. It made me so proud,” she said

The provides about 120,000 meals each year, and has been providing meals for the past 35 years. The upcoming year will be its 35th anniversary. Smith added that in a couple of months, the center should be hitting the 2.5 million mark for meals served in total.

“Around the time of school each year, there’s a little up-tick in meals served. In 2008, around the recession, we had a peak of 135,000,” said Jeff Smith, outgoing Executive Director.

“In my previous work, we do have children who were hungry. The community is trying to come together to make sure kids are being fed. This (St. Susan Center) is one of our opportunities to do just that,” said Scott-Sleight.

The people served at the center are varied, having different backgrounds and difficulties.

“St. Susan Center is opened to anybody. There are folks who have mental or physical challenges, veterans, seniors. The fastest growing group, believe it or not, is young children. And it’s been that way for a few years now,” said Smith

The center is always open to more volunteers as there is no shortage of work to be done, as well as any financial support people can offer. Scott-Sleight mentioned another means of support the St. Susan Center.

“On our website, we have a wish list of things we could use as donations. Currently, we do have a broken washing machine, so another washing machine would be gladly appreciated,” said Scott-Sleight. More information can be found at stsusancenter.org.