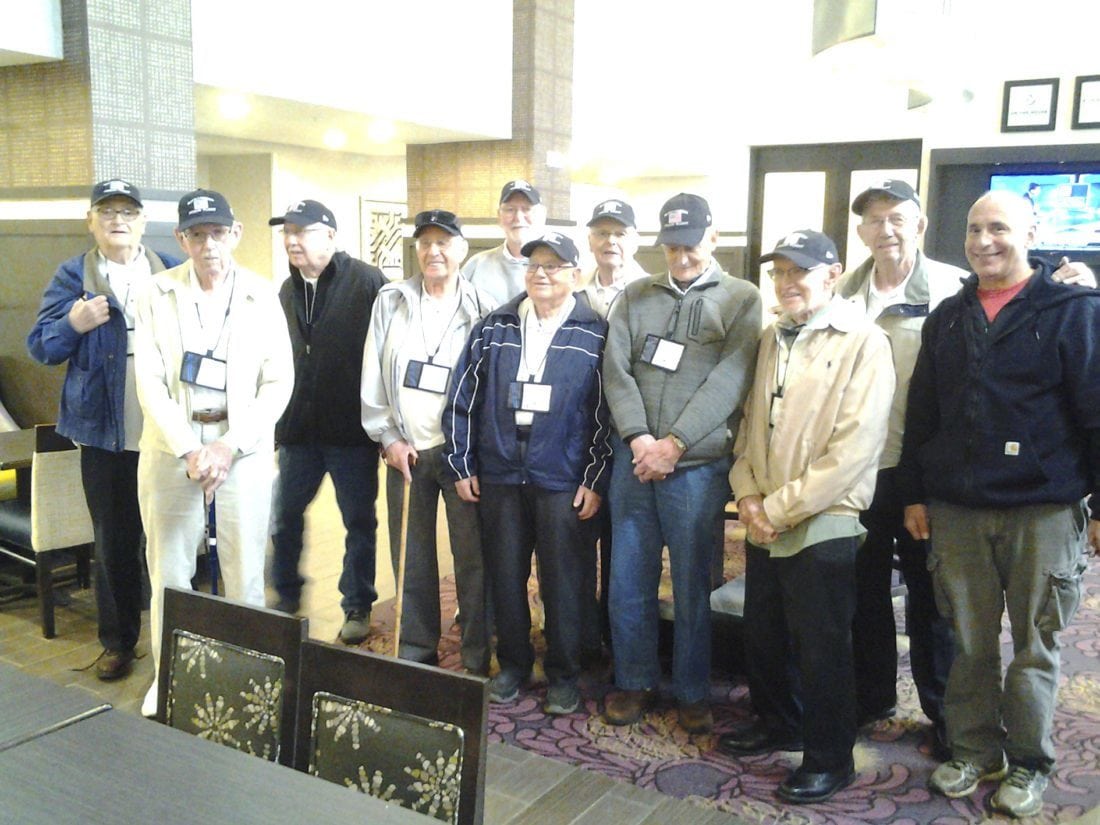 Chautauqua County Honor Flight veterans who visited Washington, D.C., earlier this month with assistance from the Fenton History Center Vets Finding Vets program. The Honor Flight Network flies military veterans for free to Washington, D.C. to visit the memorials of the respective wars they fought in for the United States. Submitted photo

The team spent a full day visiting war memorials as well as the Pentagon.

“They were overwhelmed and touched by the amount of information at the Pentagon about 9/11,” said Barb Cessna, project coordinator for Vets Finding Vets.

“I was most impressed with how life-like the sculptures depicting soldiers were in the Korea Memorial,” said William Norris.

“I loved the WWII Memorial,” said Norman Shopland, veteran of Britain’s Royal Air Force. “The Honor Flight volunteers were very organized and I was especially impressed with the police escort. That would never happen for veterans in England.”

Ken Goulding said he thought that the reception the veterans received at the Buffalo airport “was the best.”

“I was most impressed with the lines of people at the airport who came so early to see us off,” said Leo Julian. “I loved shaking hands with the little kids best.”

Although the group left on the famously superstitious Friday the 13th, it wasn’t until the trip back to Buffalo the following day that the veterans experienced some unexpected adventure.

“There was an ice storm that forced the airport to postpone the flight,” Cessna explained.

So the Honor Flight veterans stayed in Baltimore for the night.

“The Honor Flight people were so nice,” Cessna said. “They took the vets to Walmart to get them pajamas and they ended up staying in a hotel.”

Anyone who would like more information regarding applications for the next Honor Flight Network trip on Oct. 20 can call Cessna at 664-6256 or email veterans@fentonhistorycenter.org. For those interested in seeing photos of the trip, visit facebook.com/vetsfindingvets.

Let Me Tell You Of The Story

You Have Heard All Of These Before