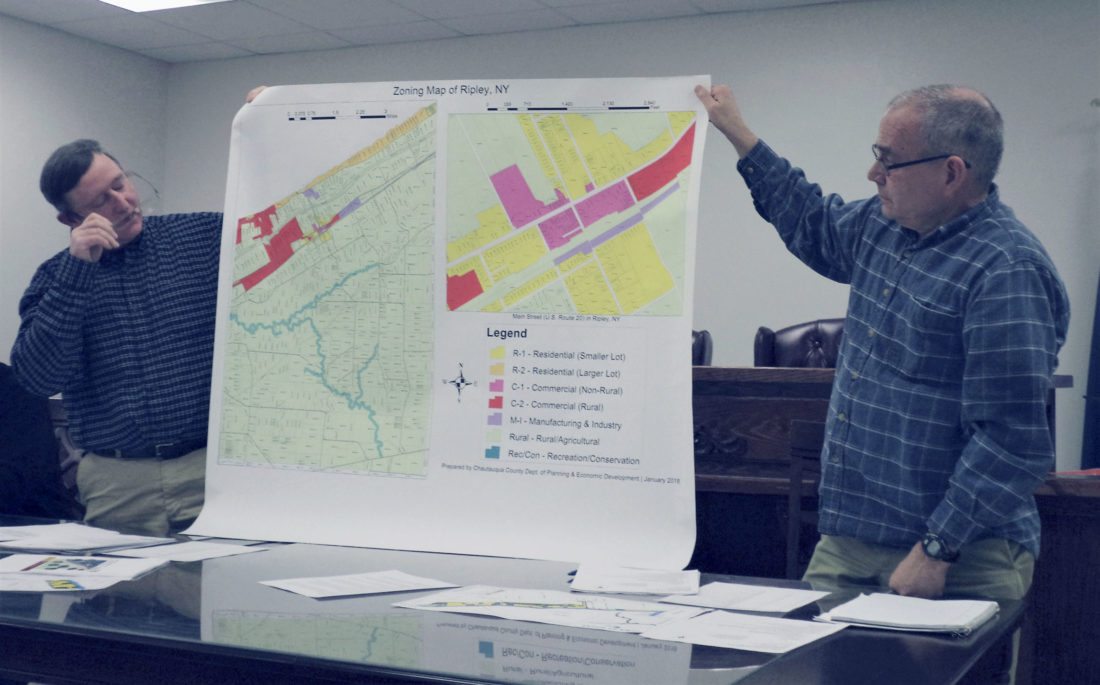 RIPLEY — Several residents of Ripley attended the February town council meeting to express their frustration at the fact that area roads are often blocked by parked trains.

Ripley resident Clinton Diller, who lives on Klondike Road, addressed council members on this issue during the privilege of the floor segment of the meeting.

Diller said that trains from the Norfolk & Southern Railroad Co. often block Klondike Road for up to four hours. There is no access to this section of Klondike Road except across the railroad tracks, and therefore, this action prevents residents from leaving or getting to their homes.

“When there is no other access, it becomes a liability issue,” Diller said. He cited an instance of an 89-year-old resident who got stopped by the train. She left her car parked in the road, and walked back home in the snow.

Diller said that railroad employees are able to disconnect the train cars to allow traffic to pass through, but they often do not do this.

“In my mind, if they are going to stop and block a crossing that has no other access, they should break the cars immediately,” he said.

Diller said that, according to New York State law, a railroad train is only permitted to block a road for five minutes without being fined. However, this law is not enforced, he said.

Several other residents chimed into the discussion, describing occasions when they or someone they knew had been blocked by a parked train. Members of the fire department voiced their exasperation when they were forced to find an alternative route to an emergency call because of a train blocking the road.

“The problem with the whole railroad thing is that we have to break the law to get home,” he said. “I had to have a friend bring my son home from school, and then get him across the parked train.”

In response, Supervisor Doug Bowen said the town has been back and forth on this issue with the railroad companies for more than 20 years. At one time, Norfolk & Southern said they would build an overpass. However, they said they would then also close all the crossings.

Bowen showed residents a thick folder of documents that the town had accumulated in dealing with the railroad on this issue. He said he would pursue a solution to the problem.

“I’ll write a letter to (state) Sen. Cathy Young and see if we can get any help that way,” Bowen said. “We have to tread lightly because we don’t want them to close our crossings.”

In other business, Councilman Mike Rowe gave board members an update on the Main Street Revitalization Project.

“We had a meeting at Meeder’s,” he said, “and people signed up to serve on committees. We have a Promote Ripley Committee and a Beautification of Main Street Committee.”

“We purposely included a portion of Main Street in the LWRP to help us get more grant money,” he said.

In a related matter, Local Waterfront Revitalization Project representative Patrick Gooch attended the meeting to present an an update on the progress of the LWRP, which includes 10 communities in Chautauqua County, from Hanover to Ripley.

Gooch provided maps of possible future land use along the shore of Lake Erie. The purpose of the LWRP is to provide better access to the water and to provide tourist attractions in the communities involved in the project.

“The big incentive is that it opens up a funding stream that is currently unavailable to the communities, otherwise,” Gooch said. He noted that the Ripley Beach Project is one of the ventures included in the LWRP.

“The LWRP gives control of the lake front to the Town of Ripley,” Gooch said. “It will help shape the community.” He noted that Chautauqua Lake did a regional LWRP and “they’ve benefited greatly from it.”

In another matter, Bowen and Rowe revealed the new, easier-to-read zoning map. The board passed a resolution to propose a local law which would accept the new map and to set a public hearing for March 8 at 7:15 p.m. concerning the zoning map.

The board also passed a resolution to accept with regret a letter from Water and Street Supervisor Darwin Rowe, in which he stated his intent to retire, effective March 30.

“I hoped the bid packets for this would be ready by the end of February but it will probably be by early March,” he said. “Construction should start in the spring or early summer.”

Bowen also gave the board an update on the town’s efforts to regulate dumpsters in Ripley. There are a multitude of dumpsters next to the road, Bowen said, and a few are causing a rat problem due to infrequent emptying.

“We are reviewing property maintenance regulations from New York state,” he added. 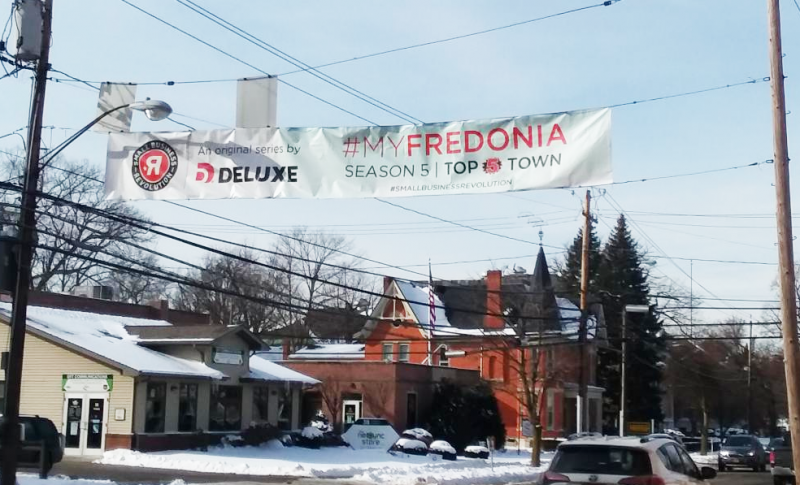 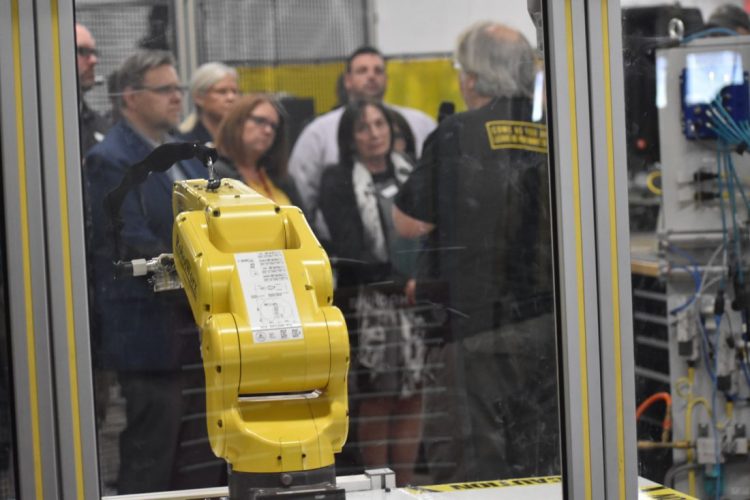 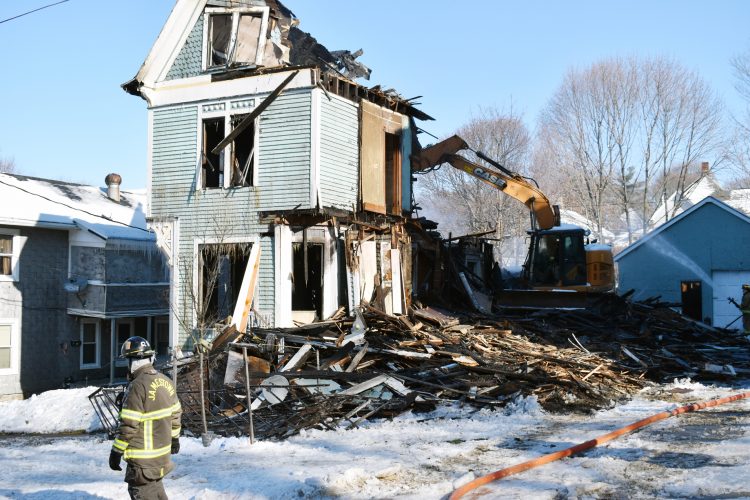