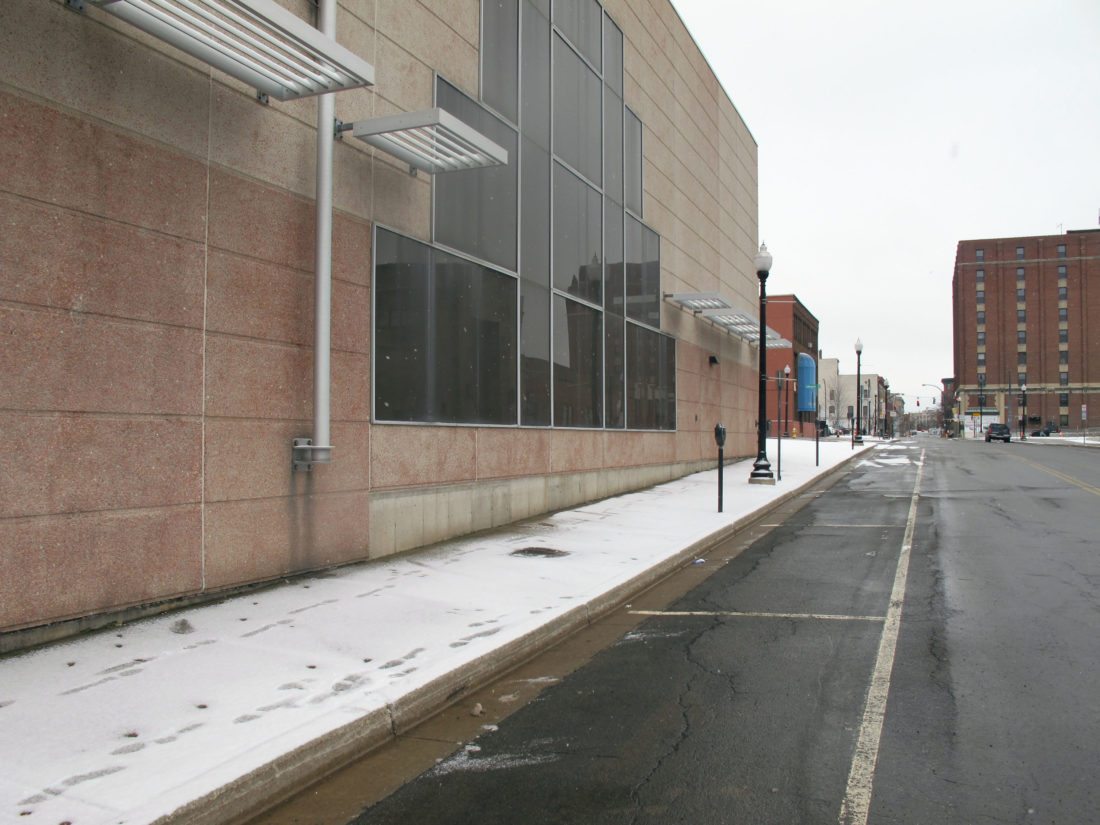 The Jamestown Planning Commission on Tuesday approved the site plan for the addition project at Northwest Arena. P-J photo by Dennis Phillips

Issues still need to be resolved before the city Planning Commission is ready to possibly approve the site plan for the proposed addition to Northwest Arena.

On Tuesday, the commission held a discussing on what needs to be done before the Jamestown Center City Development Corporation, the organization that operates the arena, can start the expansion project. Jeff Lehman, city public works director, said the sale of the city-owned land located south of the arena is contingent on the city Planning Commission approving the site plan for the addition project.

On Monday, the Jamestown City Council is scheduled to vote on the proposed land sale during its voting session meeting. If approved, the sale will be contingent on the Jamestown Center City Development Corporation site plan approval from the city Planning Commission.

David Leathers, Jamestown Center City Development Corporation board co-president, asked what they can do between the commission meeting held Feb. 23 and their next meeting Feb. 20 to resolve any remaining issues or questions so a site plan vote can take place and possibly approved.

In November, the commission and Jamestown Center City Development Corporation officials had a lengthy debate about the project, which included questions about parking and traffic flow in the city. The proposed arena expansion will eliminate five parking spots south of the building for the expansion. Following the November commission meeting, Greg Edwards, Gebbie Foundation executive director, said the foundation will provide the public with the five parking spaces that will be lost due to the expansion project.

On Tuesday, Leathers also said the Gebbie Foundation is working on a circulation study to understand the impact all the economic development projects will have on traffic downtown that have either been completed, are ongoing or will be done in the near future.

“There is a tremendous amount of support for this project,” Leathers said.

On Monday, the Jamestown City Council held a public hearing on the proposed sale of the 90-by-10-foot city-owned land to arena officials, which has been assessed a fair market price of $1,000. Two people spoke during the public hearing, both supporting the proposed arena expansion.

Andrea Magnuson, Gebbie Foundation senior grants director, said with facilities like the arena, restaurants and bars and the soon to be opening National Comedy Center, Jamestown has a lot of new development downtown. However, she said none of the new development is focused on children.

Dr. Lillian Ney, retired physician who serves on several community boards, said the Kids Zone just isn’t important for parents who have children participating in hockey or ice skate activities at the arena, but will provide a much needed facility for children throughout the community.

“Our city needs a place like this,” she said.

In August, Kristy Zabrodsky and Leathers, co-presidents for the Jamestown Center City Development Corporation, spoke about the preliminary plans for the addition at the arena with the Planning Commission.

The plan is to construct a new addition for a Kids Zone play area; create gift shop and office spaces for the National Comedy Center; to add a concession stand to sell snacks and water; and to enhance the third floor conference room.

State Sen. George Borrello, R-Sunset Bay, has voted against all of the state budget bills that have come before the ...

MAYVILLE — Two new cases of the coronavirus have been confirmed in Chautauqua County, bringing the total number ...

Oral arguments scheduled to be heard in the arbitration case involving the city and its police union have been ... 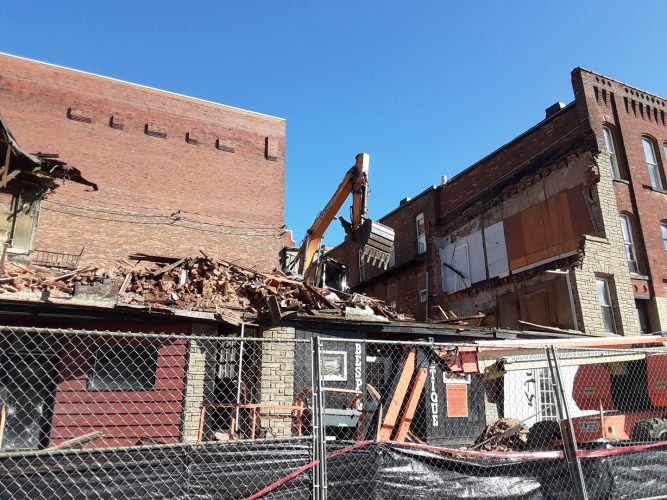