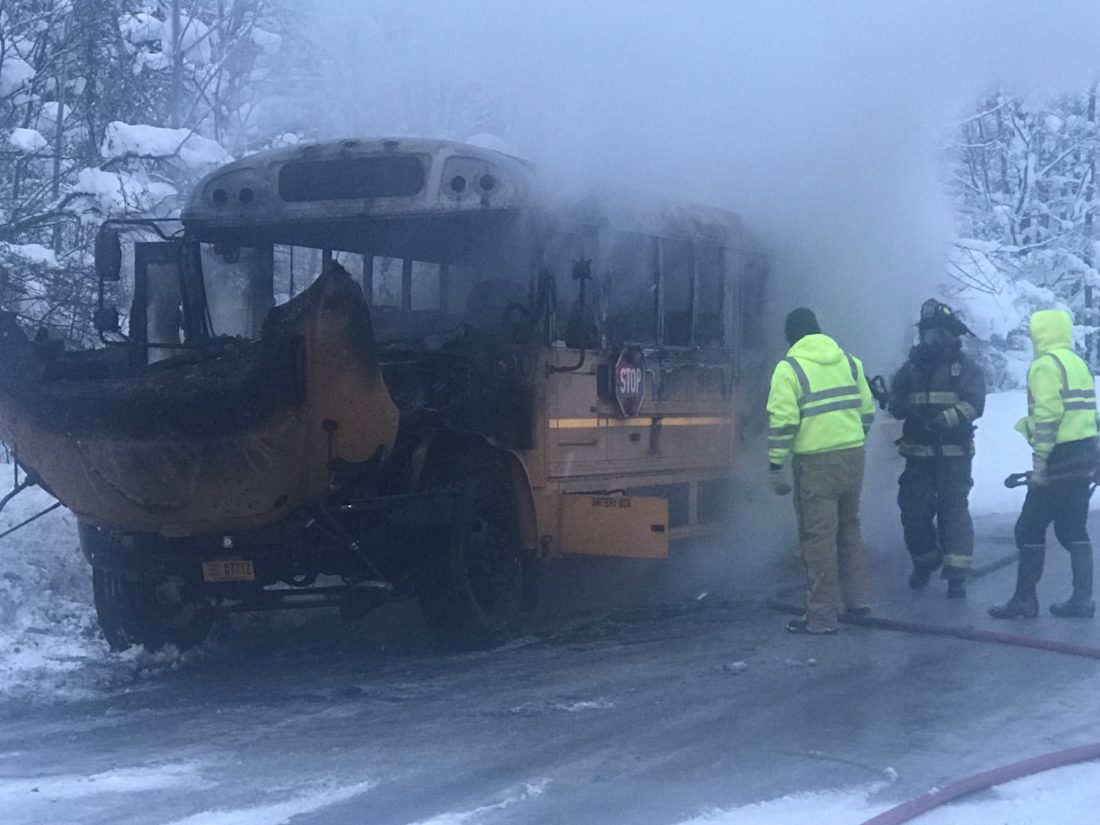 A school bus with the Sherman Central School District was destroyed after experiencing mechanical problems Thursday morning and erupting in flames. Twelve students were safely removed from the bus before it caught fire. Photo provided by Mike Ginestre

MAYVILLE — A longtime bus driver with the Sherman Central School District is being credited with safely removing students from a bus shortly before it erupted in flames Thursday morning.

No one was injured in the incident, which occurred on Parker Road in the village of Mayville around 7:15 a.m. Mike Ginestre, Sherman school superintendent, said the bus driver, David Tenpas, noticed the vehicle’s brakes were experiencing problems and pulled over.

Twelve students were evacuated after smoke appeared in the bus.

“He noticed the brakes were running hot,” Ginestre told The Post-Journal. “He’s an experienced driver and did a very great job getting (the students off) and getting them safely to another bus.”

Ginestre said a second school bus was summoned shortly after problems with the brakes were noticed. Students were outside for about three minutes before they were picked up and taken to school.

Not long after students left the scene, the bus became engulfed by flames, Ginestre said. Firefighters with the Stanley Hose Company were called to extinguish the bus, which was a total loss.

Parents of students on the bus were contacted by the school district and notified of the incident Thursday. Ginestre said a districtwide message regarding the fire was then sent out.

Ginestre said the district always prepares for problems with its transportation, and credited Tenpas and David Maleski, head bus driver, with helping to ensure the students’ safety.

“These kinds of things are always a possibility,” he said. “I just want to commend the bus driver and Maleski for getting out there real quick.” 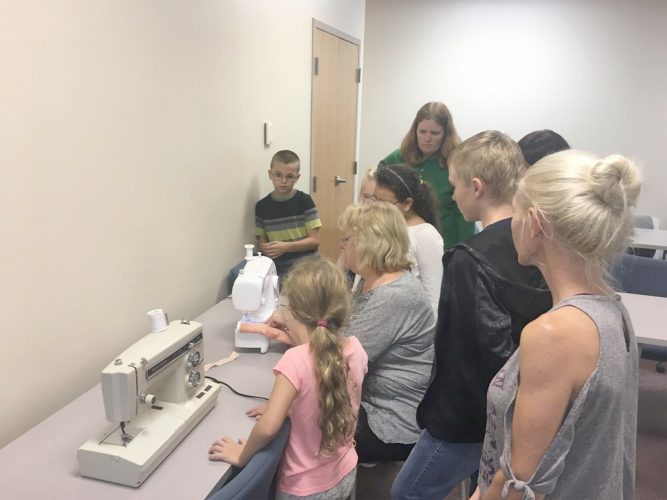 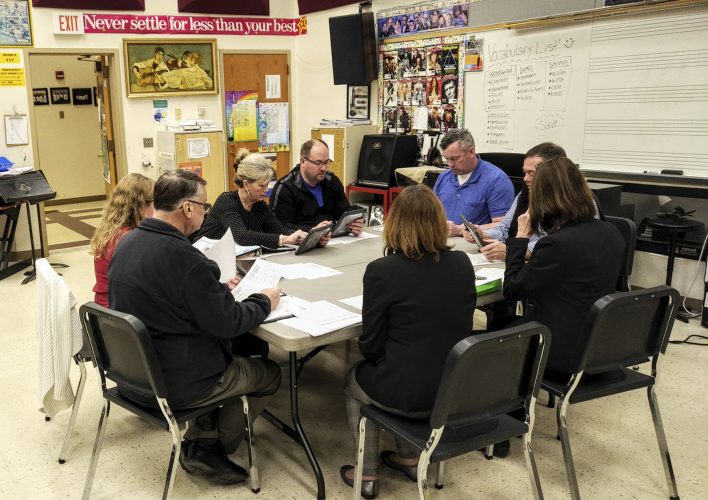 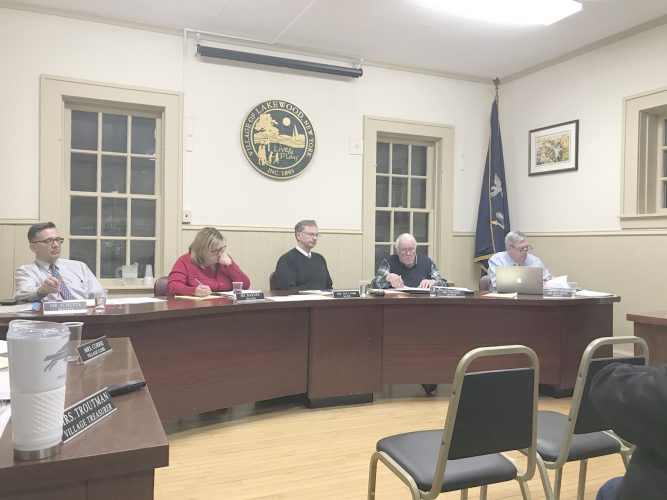