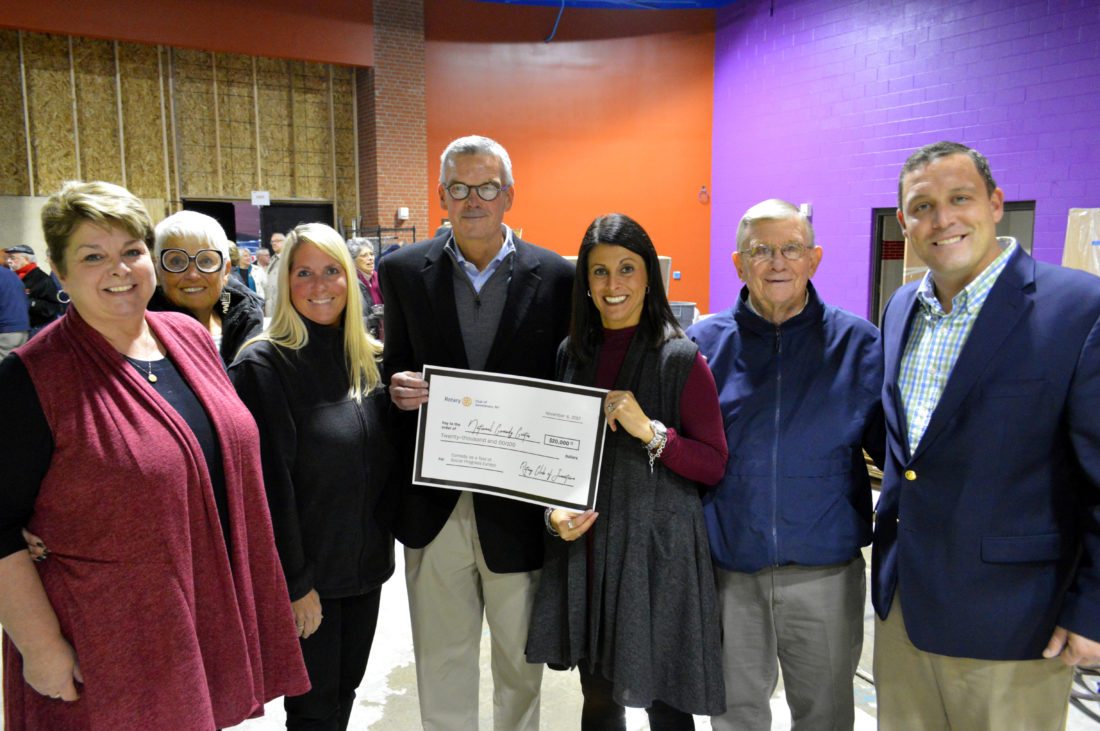 The Rotary Club of Jamestown announced that it will sponsor the “Comedy as a Tool for Social Progress” exhibit space in the National Comedy Center. The organization will donate $20,000 to the Comedy Center’s Endowment Fund to obtain the naming rights.

“The mission of the Rotary Club is to provide service to others, promote integrity, and advance world understanding, goodwill, and peace through its fellowship of business, professional, and community leaders. We see the ‘Comedy as a Tool for Social Progress’ exhibit area of the museum as a great way to promote those ideals” said Joelle Washer, Rotary Club President. The donation is the Rotary Club of Jamestown’s largest to date.

“The exhibit area that they selected will feature a curated media presentation produced by three-time Emmy-nominated executive producers Stephen J. Morrison and Mark Herzog of Herzog & Co., whose works include CNN’s ‘The History of Comedy,'” said National Comedy Center Development Director Rich Ryan. “It will address how comedy has been on the forefront of social change throughout history.”

“From issues of the first amendment, to race, to gender equality, this art form is uniquely positioned to make people think at the moment it makes them laugh, making everyone more receptive on otherwise divisive issues,” said National Comedy Center Executive Director Journey Gunderson.

The National Comedy Center will feature 35,000 square feet of exhibit space and is expected to draw over 100,000 visitors each year. Capital funding for the construction of the Center is in place, and the Center is now building a supporting endowment fund. The endowment fund will address operational sustainability, program enhancement and technology advances.

The Rotary Club of Jamestown, which will turn 100 in 2019, has a long history of investing in the city. Previous fundraising efforts include significant donations to the restoration of the Reg Lenna Center for the Arts, the renovation of the Emergency Department at UPMC WCA, donating to the JCC Capital Campaign and the creation of The Portage sculpture.

“We are thrilled to be partnering with the Rotary Club of Jamestown, and are incredibly grateful for their sponsorship” said Gunderson. “This organization has a long history of contributing to successful endeavors, so we’re looking forward to a long and happy partnership with them.”