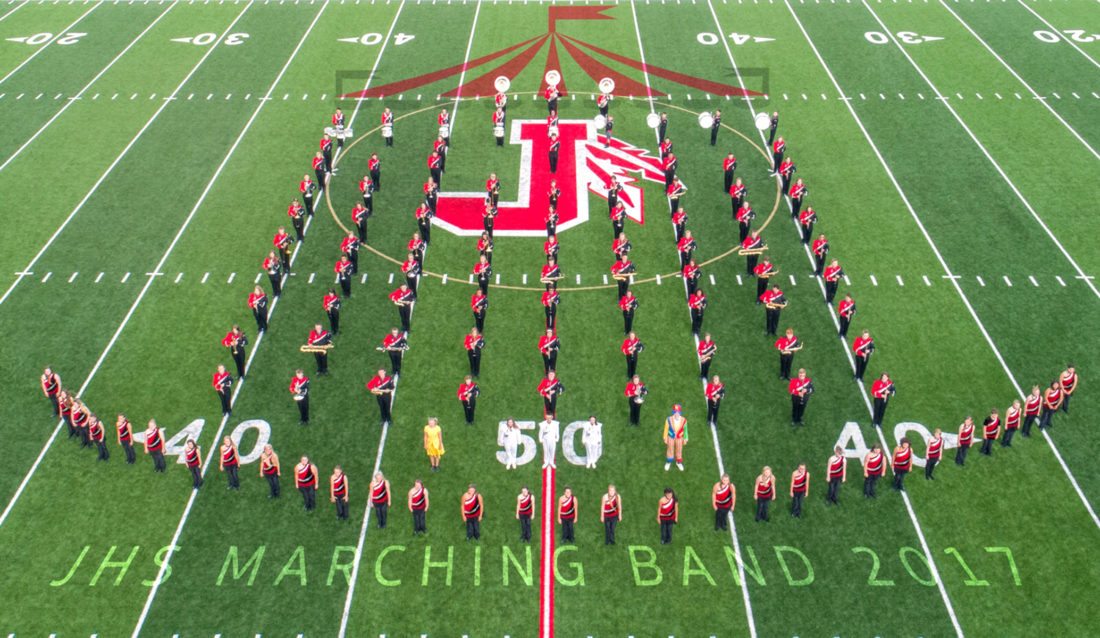 Jamestown High School will be the first band performing in the National Class at 8:05 p.m.

“This has been such a fun and spirited show to work on,” said Meghan Murray, JHS marching band director. “The kids really seemed to enjoy the playfulness of our circus theme and that really shows in our performances. We look forward to competing, once again, with the very best bands in New York. We are proud to represent our school and city in the National class.”

The championship competition will bring together more than 50 of the finest high school marching bands in the northeastern United States. The New York State Field Band Conference Championship show is the culmination of an eight-week season which features more than 60 bands in 33 regional competitions throughout the state.

Bands are divided into six different classifications based on school size and past competitive experience. Each band in the championship show will perform a musical and visual show lasting about 10 minutes for a panel of 10 judges.

The judges will score and rank each band within its class. Each band will receive a plaque and the highest scoring New York State band in each class will take home the coveted Governor’s Cup.

The National Class will feature Arlington, Baldwinsville, Brentwood, Jamestown, Lancaster, Liverpool, Victor and West Genesee. During the day, there will also be exhibition performances by the University of Buffalo Thunder of The East Marching Band as well as the Syracuse University Marching Band.

Tickets for the New York State Field Band Conference Championships may be purchased on the day of the event at the Carrier Dome ticket booths.

The admission price for adults is $18 and for students and seniors the price is $12. The tickets are good for the entire day of the competition.