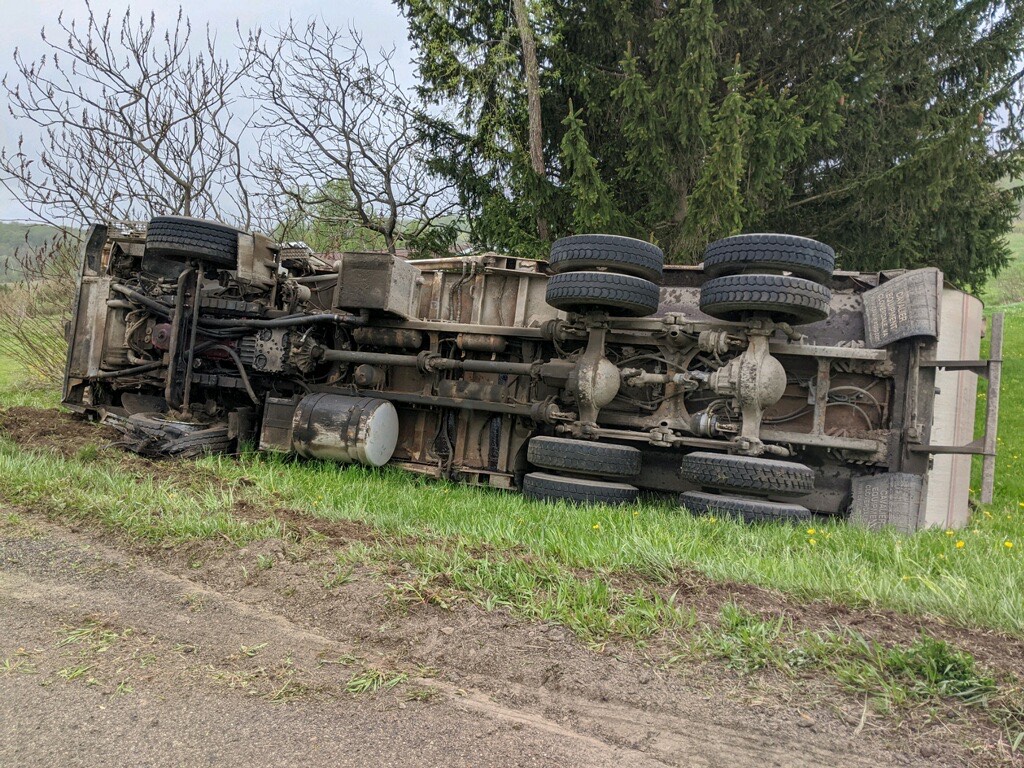 SINCLAIRVILLE — No one was reportedly injured after a large truck overturned Friday afternoon.

Firefighters were called around 2:45 p.m. to Route 60 in Sinclairville. The driver was not injured after a steering tire reportedly blew out, causing the truck to overturn, the New York State Police said.

County Hazmat crews were summoned to Route 60 after about 5 gallons of hydraulic fluids leaked.