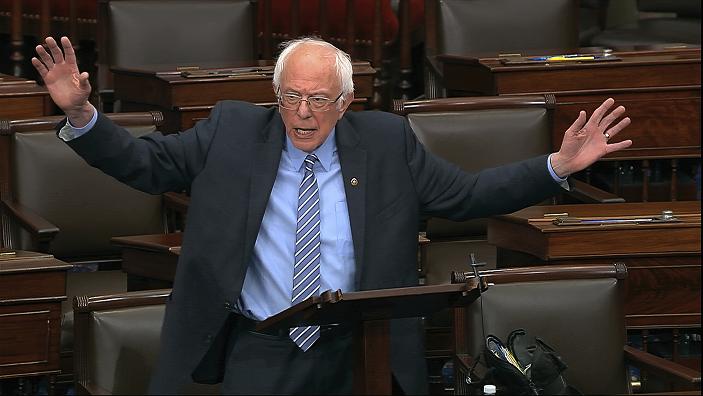 In this image from video, Sen. Bernie Sanders, I-Vt., speaks on the Senate floor at the U.S. Capitol in Washington, Wednesday, March 25, 2020. (Senate Television via AP)

WASHINGTON (AP) — Sen. Bernie Sanders, who saw his once strong lead in the Democratic primary evaporate as the party’s establishment lined swiftly up behind rival Joe Biden, ended his presidential bid on Wednesday, an acknowledgment that the former vice president is too far ahead for him to have any reasonable hope of catching up.