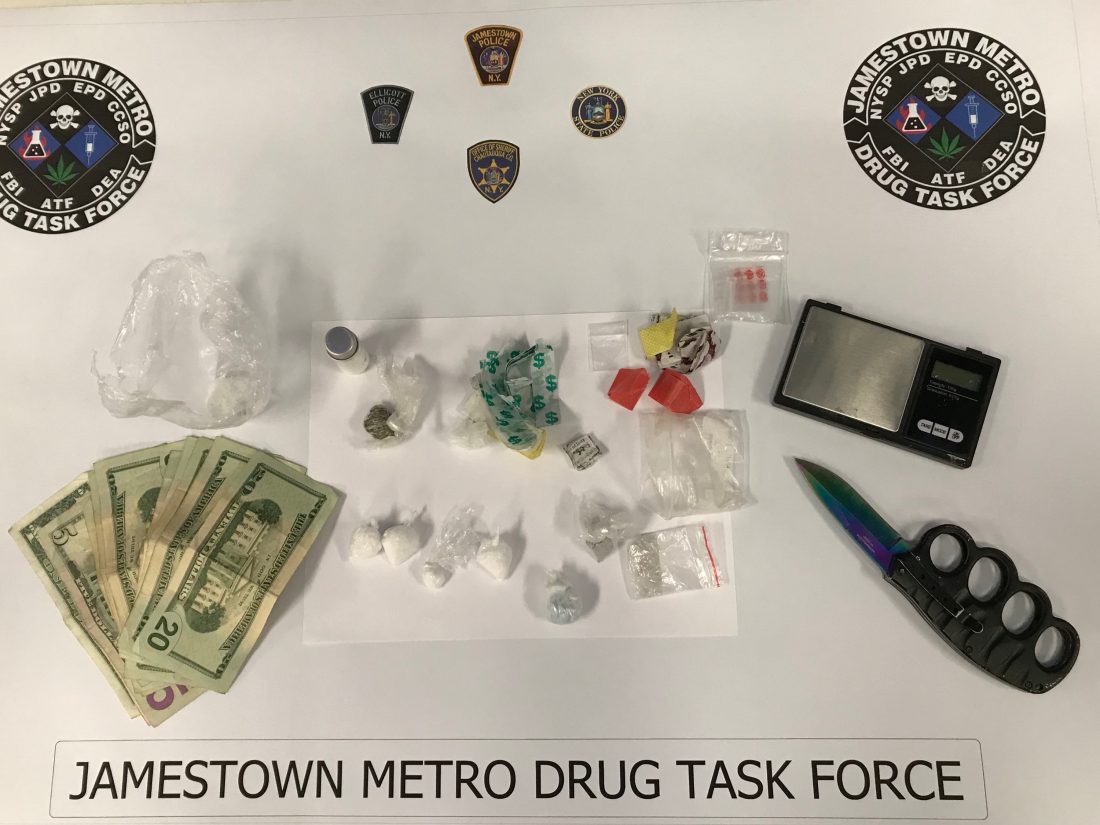 Photo by the Jamestown Police Department

The stop resulted in the seizure of crystal methamphetamine, fentanyl, drug paraphernalia, cash and an illegal metal knuckle knife.

Total weight of seized narcotics was 14.7 grams of crystal meth and 2.6 grams (14 bags) of fentanyl.

Catanese was also wanted as a parole absconder and is currently in Jamestown City Jail awaiting arraignment on the felony drug charges.