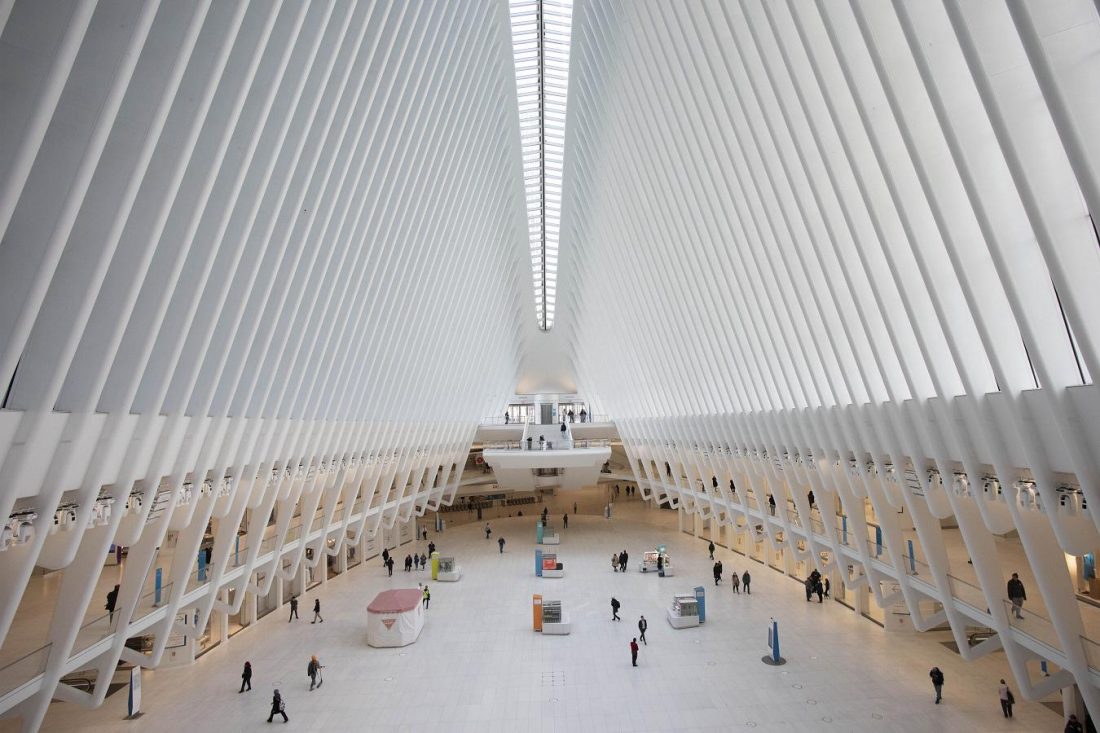 FILE - This March 16, 2020, file photo shows the Oculus at the World Trade Center's transportation hub in New York. Census Day, the April 1 reference day for the once-a-decade effort to count everyone in the U.S., arrived Wednesday with a nation almost paralyzed by the spread of the novel coronavirus, but census officials vowed the job would be completed by its year-end deadline. (AP Photo/Mark Lennihan, File)

ORLANDO, Fla. (AP) — Census Day — the date used to reference where a person lives for the once-a-decade count — arrived Wednesday with a nation almost paralyzed by the spread of the novel coronavirus. But census officials vowed the job would be completed by its year-end deadline.

The virus’s spread has forced the U.S. Census Bureau to suspend field operations for a month, from mid-March to mid-April, when the hiring process would be ramping up for up to 500,000 temporary census takers. The bureau also has delayed the start of counts for the homeless and people living in group quarters like college dorms and nursing homes, and has pushed back the deadline for wrapping up the head count from the end of July to mid-August.

The Census Bureau is required by federal statute to send the president the counts that will be used to carve up congressional districts — a process known as apportionment — and draw state legislative districts by Dec. 31. Some groups are suggesting that the deadline be pushed back, though it’s currently mandated by federal law.

“We are laser-focused on the statute’s Dec. 31 deadline for apportionment counts and population counts. We will continue to assess all of our operations to see if there are any changes that need to be made,” Michael Cook, chief of the Public Information Office at the U.S. Census Bureau, said Tuesday.

The head count started in late January in rural, native villages in Alaska, but the rest of the country wasn’t able to start answering the questionnaire until the second week of March when the Census Bureau’s self-response website went live and people received notices in the mail that they could start answering the questions. But that was only a week before many governors and mayors started issuing stay-at-home orders to slow the virus’s spread, greatly hindering in-person rallies, meetings and door-knocking by activists to raise awareness about the 2020 census.

Experts say connecting with trusted community leaders in person is the best way to reach people in hard-to-count groups that may be wary of the federal government.

“There is the issue of attention. Certainly when folks are anxious about the public health issue, and kids are away from school, and they’re being away from work, it’s a concern that the census isn’t on top of people’s mind as you would want it to be,” said Thomas Saenz, president of the Mexican American Legal Defense and Educational Fund.

The U.S. Census Bureau is spending $500 million on outreach efforts, including advertising, and it’s relying on more than 300,000 nonprofits, businesses, local governments and civic groups to encourage participation in their communities. Those efforts have been hamstrung by the nationwide shutdown.

Two surveys by the Pew Research Center suggest the messaging was reaching an audience — at least before the coronavirus outbreak. Pew conducted two surveys, one in early January and another in late February and early March. During that time, those who had seen or heard something about the census grew from half to two-thirds of respondents, the center survey found.

Most of the census takers won’t be sent out until late May to knock on the doors of homes where people haven’t yet answered the questions online, by telephone or by mailing back a paper questionnaire. Until then, the Census Bureau is pushing people to answer the questions so they won’t have anyone knocking on their doors in late spring and summer.

As of Monday, more than 36% of households had already answered the questions, and the Census Bureau reported this week that 40,300 temporary workers were on the payroll as of mid-March.

The 2020 census will help determine how many congressional seats and Electoral College votes each state gets, as well as the distribution of some $1.5 trillion in federal spending.

Researchers at the Urban Institute worry that changed accommodations made in response to the coronavirus may present a distorted picture of where people are living on Census Day. Some people have left their usual residences to move back in with parents or elderly relatives, escaped to vacation homes or had to move because they couldn’t pay rent due to lost jobs during the pandemic, they said.

Urban Institute researchers said the Census Bureau needs more processing time to identify duplicate responses and offer additional guidelines about how people should respond when the traditional recommendation to answer where you are living on April 1 is no longer clear for some. They’re asking that the Dec. 31 deadline be postponed, which would require an act of Congress.

“There’s no way reliable counts are going to be generated by the end of December,” said Robert Santos, vice president and chief methodologist at the Urban Institute. “It’s implausible.”