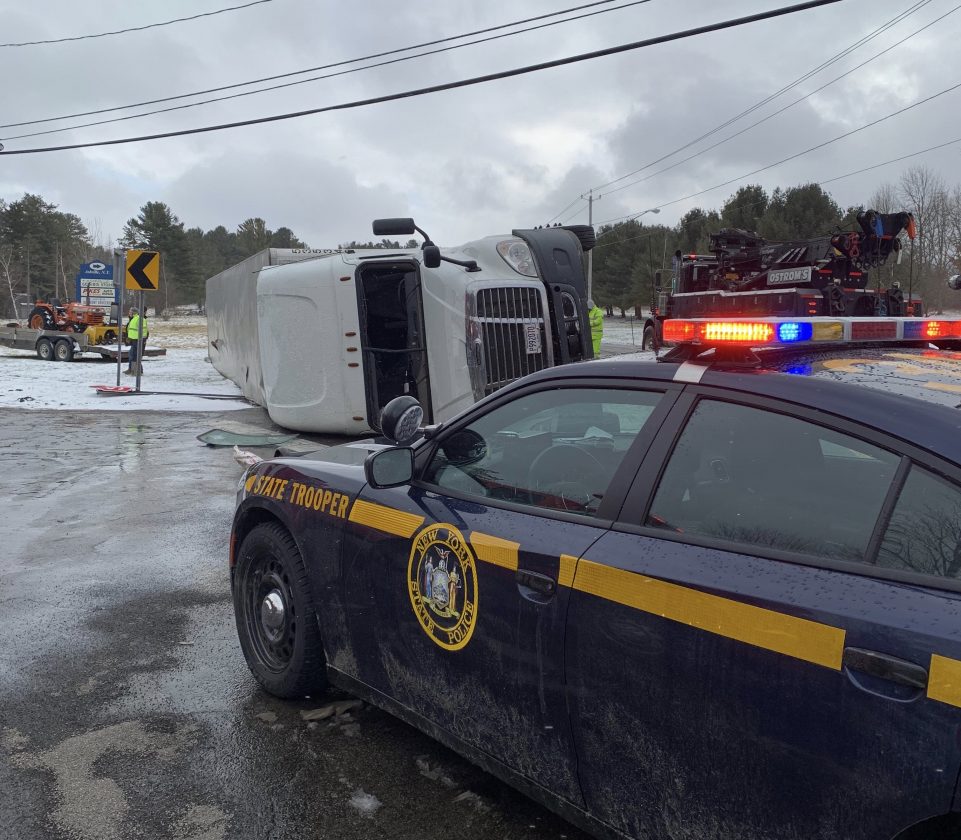 ASHVILLE — No one was injured after a semi tractor-trailer rolled onto its side.

The rollover took place Thursday around 1 p.m. on North Maple Avenue at Route 394 near the Ashville BOCES. According to the New York State Police, Aaron Thurman, 25, of North Carolina was northbound on North Maple Avenue when the wheels on the passenger side of the semi went off the road, causing the truck to overturn.

Thurman, who was not injured, was able to get out of the truck before crews arrived.

Firefighters from Ashville responded to the scene, as did Lakewood later on to assist with lighting. First responders were assisted by state troopers and the Chautauqua County Fire Police Team.

Ostroms of Jamestown was called to get the truck onto its wheels. Crews were on scene for several hours.