(10:45 AM) Completion Of City Bridge Replacement Delayed A Month 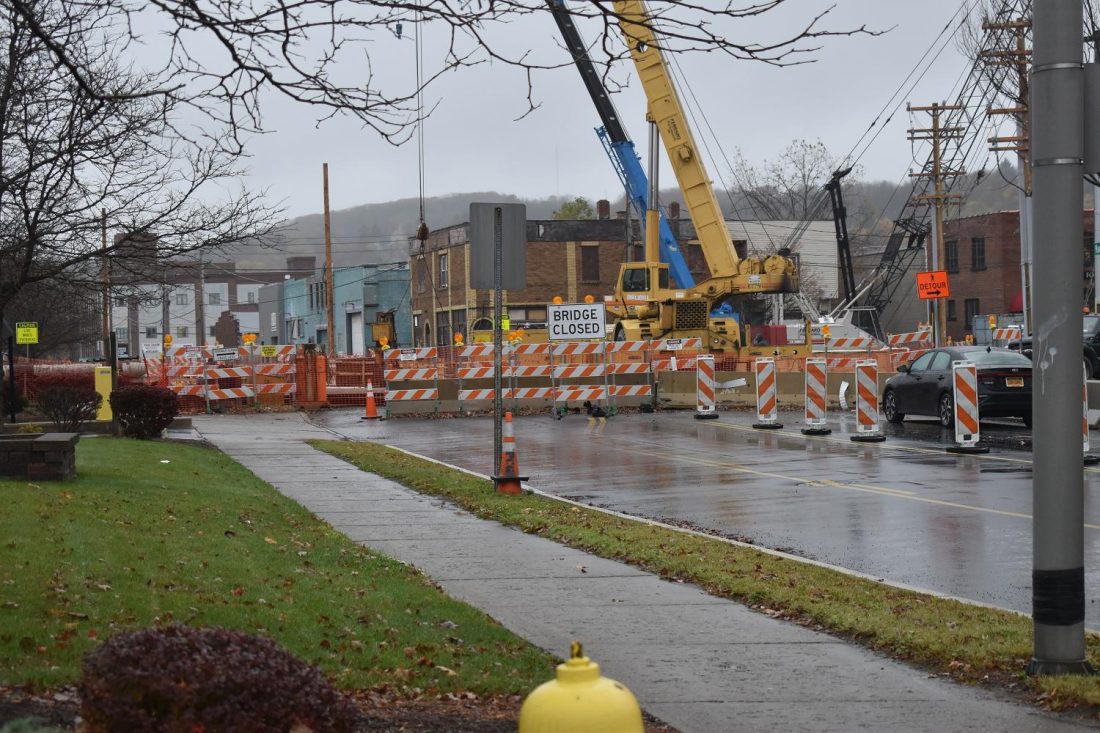 A $3 million bridge replacement project in Jamestown originally scheduled to be completed by November has been delayed by about a month.

The Chautauqua County Department of Public Facilities announced Thursday that the replacement of the Harrison Street Bridge over the Chadakoin River encountered “difficulties with soil conditions” during construction.

The bridge replacement was scheduled to last five months after work began July 1. However, due to delays, the bridge is slated to open in late December.

Harrison Street, between Foote Avenue and Main Street, has been closed to traffic during the construction; a detour has been posted utilizing Foote, Main, Second and Fourth streets, with a separate detour for trucks.

“The existing bridge has severely deteriorated as the original stone bridge foundations have reached the end of their useful life,” said Brad Bentley, Chautauqua County director of Public Facilities, in a news release earlier this year. “When the replacement bridge is in place, the Harrison Street Bridge will have a safe crossing with no structural deficiencies and an expected service life of 50 to 75 years.”

The Harrison Street Bridge replacement project was submitted by Chautauqua County Department of Public Facilities to New York State Department of Transportation and was selected by the NYSDOT as a Locally Administered Federally Aided project.

“The Chautauqua County Department of Public Facilities understands that this bridge replacement project has inconvenienced the traveling public and is making all efforts to minimize the additional length of the time needed to complete this important infrastructure project.”