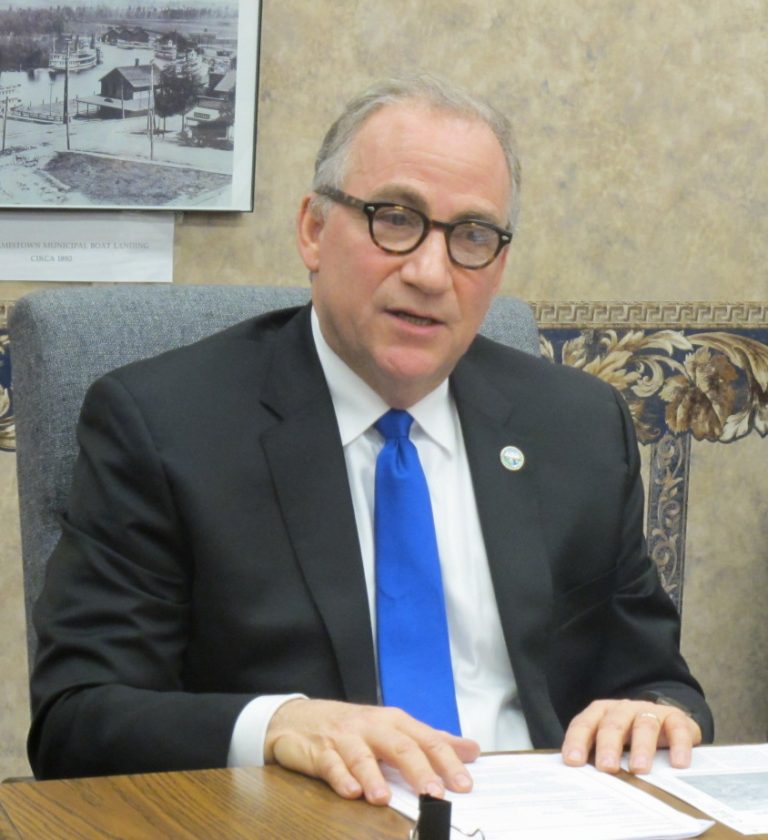 effective today. DeJoy had been the city development director since February 2013. P-J photo by Dennis Phillips

A city official who has worked nearly 12 years is retiring.

DeJoy was first a Jamestown City Councilman for Ward 4 from 2008 to February 2013. In February 2013, DeJoy was named as development director by Teresi following the retirement of Steve Centi.

“Well its been an honor and a privilege the last 11 years as a councilman and as the director of development to serve the city,” he said. “I’m extremely proud of the progress as a community we have made in the last six and half years, especially in downtown Jamestown and with what we’re trying to do in the neighbors. When I came I promised aggressive collaboration with agencies involved in economic development, and I’m proud of what we have accomplished.”

“We’ve done more than $3 million in demolitions. There has been about 125 demolitions. We’re trying to remove as much blight as we can,” he said. “In 2019, I’m trying to finish as many as possible of the 35 demolitions we’re currently involved in doing.”

DeJoy said he will be transitioning into the private sector as he has accepted a position with Safelite AutoGlass repair and replacement company. He said Safelite has had a presence in replacing glass in the Jamestown area, but will soon have a business location along Livingston Avenue in West Ellicott.

See Tuesday’s edition of The Post-Journal.