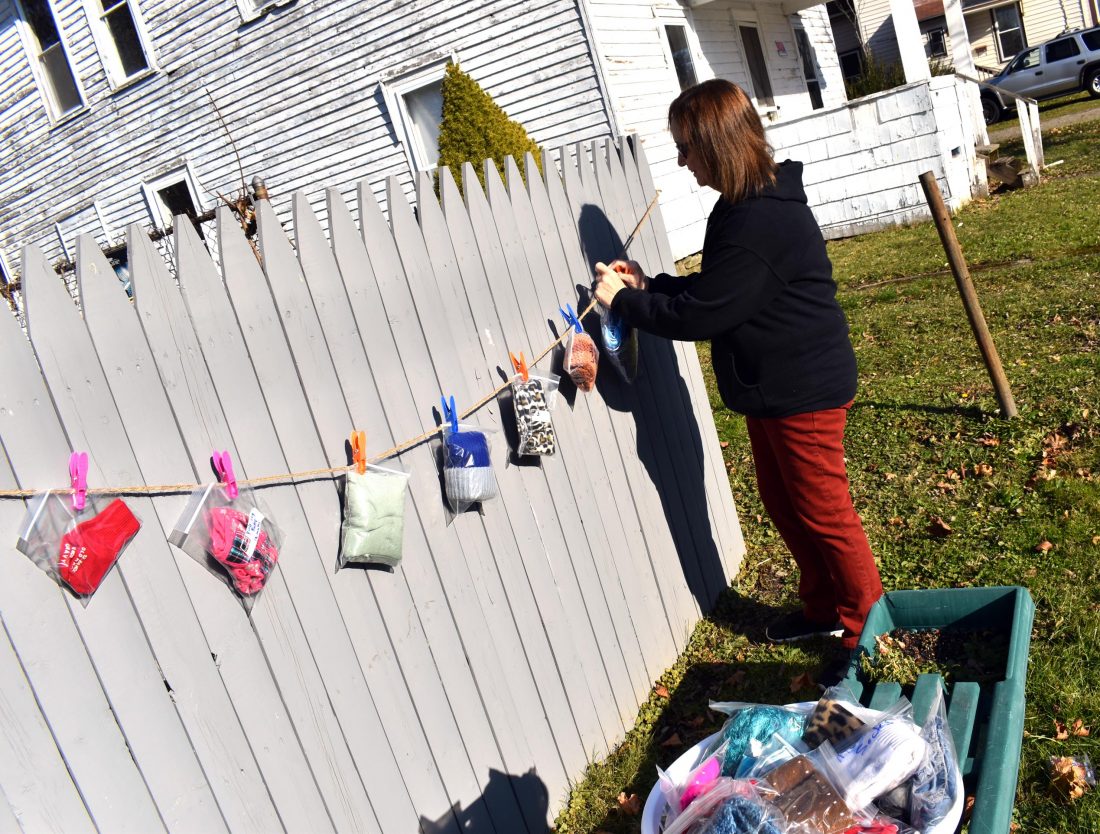 Cindy Thompson is pictured hanging hats and scarves on a clothes line she strung about two weeks ago. On Tuesday, someone left Thompson a basket of items to be strung for the community offering. P-J photo by Eric Tichy

A kind gesture by a Jamestown woman during the Thanksgiving holiday seems to have caught on locally.

About two weeks ago, Cindy Thompson hung a clothes line in front of her 16 W. Ninth St. home and strung bags containing an assortment of gloves, hats and scarves. She had seen similar projects pop up in the city over the past few years, and felt establishing her own free community offering was the right thing to do with winter approaching.

“There are a lot of people in need and a lot of people without homes,” Thompson said. “I know I had seen these types of things in the park, but I didn’t know if anyone was doing it this year.”

Thompson started by going to the St. Luke’s Thrift Shop and local dollar store to purchase as many winter items as she could. The goal is to hang the items in bags and offer them free to anyone walking by.

In the two weeks since Thompson began hanging the hats and scarves outside her home, she said about 10 to 15 items were taken by members in the community.

On Tuesday, Thompson received a knock on her front door. Assuming it was her niece dropping of baby clothes to be included in the community offering, Thompson said she was “shocked” to find a basket containing hand-knitted items including hats and scarves.

“It amazes me — it just amazes me,” Thompson said of the kind gesture. “I was just astounded by it.”

Thompson has begun hanging some of the donated items on the clothes line; some of the bags are labeled with its contents.

Asked what Thanksgiving means to her, Thompson said: “It just means to give. I try hard. I try to be decent and keep things together. It’s about family and helping each other.”