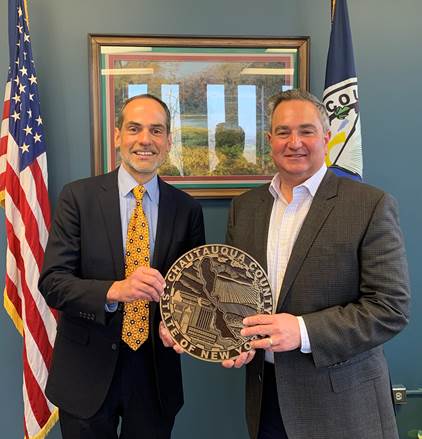 Borrello recently won the election to fill the seat, which was vacated by former Senator Catharine Young earlier this year.

“I am honored and extremely humbled to be the voice and advocate for the 57th District in the State Senate,” Borrello said. “I look forward to continuing to work with my local government partners in Chautauqua County to advance our future with common-sense, forward-looking solutions.”

The successor shall serve until a county executive is chosen at the 2020 general election to fill the remaining year of Borrello’s unexpired term in 2021.

Abdella was county attorney from 1992-97, legislature Counsel from 1999-2005 and again county attorney since 2006. He previously served as the acting county executive late in 2013 when former County Executive Greg Edwards resigned to become CEO of the Gebbie Foundation.