(10:45 AM) Cornell Cooperative Extension To Move County Offices To JCC 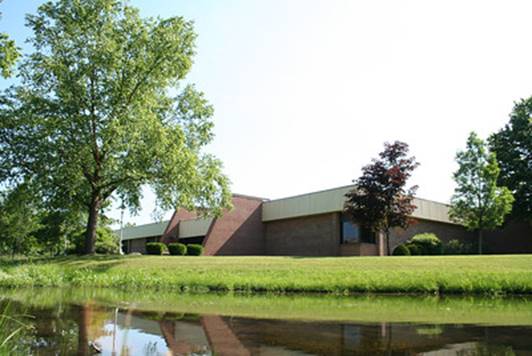 “We are excited to announce a new partnership with JCC,” said Emily Reynolds, CCE Chautauqua executive director. “Our offices will be located in JCC’s Katharine Jackson Carnahan Center, a highly accessible and visible location that will allow CCE to expand its programs.”

According to Reynolds, creation of the partnership was made possible with support from the Chautauqua County Department of Public Facilities, Chautauqua County Executive George Borrello, former State Senator Catharine Young, and JCC President Daniel DeMarte.

“I am excited to see this move that will not only provide a great new location for CCE, but it will also foster a new collaboration between CCE and JCC,” said Borrello, “Agriculture is a key driver of our economy and as JCC enhances its support for local businesses this move will have a positive impact on enhancing agriculture.”

“This joining of forces will maximize potential and growth in Chautauqua County by building on our strengths,” said Cathy Young, executive director of Cornell AgriTech Center of Excellence for Food and Agriculture. “Agriculture continues to be an essential economic driver locally and for the state, and Cornell Cooperative Extension has been a cutting edge source of expertise and education that has grown jobs and opportunity, and improved lives since it was formed in 1914.”

Emphasizing the role of JCC as an academic and workforce development resource, Young also noted, “With advanced new farming technologies, consumer-driven trends regarding healthy foods, and the beverage industry’s vast expansion, there is a need to create meaningful partnerships. I salute everyone who made this initiative a reality.”

The new partnership between JCC and CCE Chautauqua is a natural fit, according to Dr. DeMarte.

“We share similar values and common goals focused on strengthening campus and county connections and creating a culture of innovation in such areas as agribusiness, protection of the environment and natural resources, sustainable energy, food security, and improvements to the economic well-being of the Southern Tier region,” DeMarte noted.

CCE Chautauqua offices are currently located on Turner Road in Jamestown. CCE Chautauqua began in the federal building in Jamestown, moving in 1978 to the Frank Bratt Agricultural Center, a one-stop facility that hosted the CCE Chautauqua, U.S. Department of Agriculture, and county Soil and Water Conservation District programs. The USDA and soil and water programs relocated to Fluvanna Avenue in Jamestown nearly six years ago.