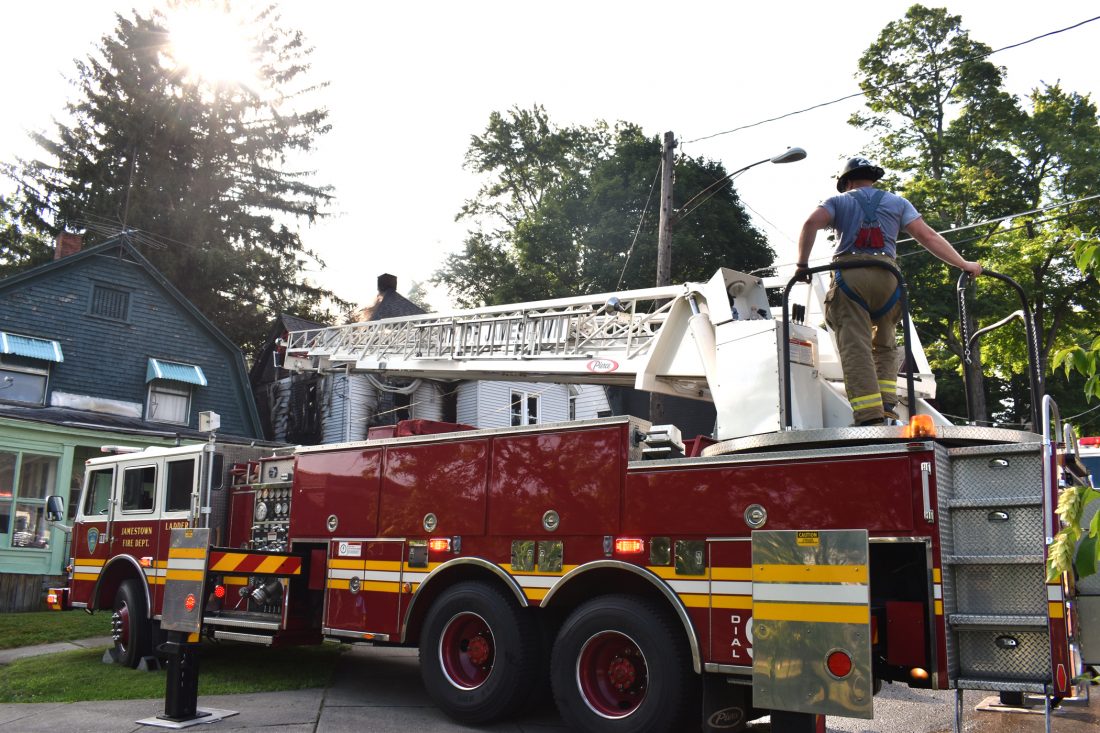 The union representing members of the Jamestown Fire Department said it can “no longer remain silent” regarding current staffing levels.

Shawn J. Shilling, president of Jamestown Professional Firefighters Association IAFF Local 137, said in a statement released Monday morning that calls for emergency services have steadily increased in the city. At the same time, the number of firefighters have been reduced.

“As firefighters entrusted with the safety of the citizens of Jamestown, we can no longer remain silent about the current state of affairs concerning your Jamestown Fire Department,” Shilling said. “Our citizens deserve better.”

Shilling said the department only has enough firefighters to staff its ambulance, leaving its ladder truck unavailable. He cited data from the National Fire Protection Association that calls for minimum staffing levels when responding to fires.

“The lack of commitment by Jamestown officials to properly address the minimum NFPA standards as well as failure to address the increase of emergency ambulance requests continues to be a major liability for the City and places our citizens at even more rise,” Shilling said.

The city is covered by Alstar for its EMS responses. However, when no Alstar ambulance is available or is out of service, the Jamestown Fire Department will use its rig.

Shilling said the union is “committed to working with city officials and community leaders” to find a solution.

“The policy to staff our only ladder company with the same personnel as the only ambulance we have, is a dangerous practice that if not properly addressed will continue to place an increased risk to the citizens of Jamestown,” Shilling said.