(12:50 PM) Former School No. 5 In Jamestown Demolished After Partial Collapse

The former School No. 5 pictured being demolished on Saturday after a partial collapse. Photo by Vince DeJoy 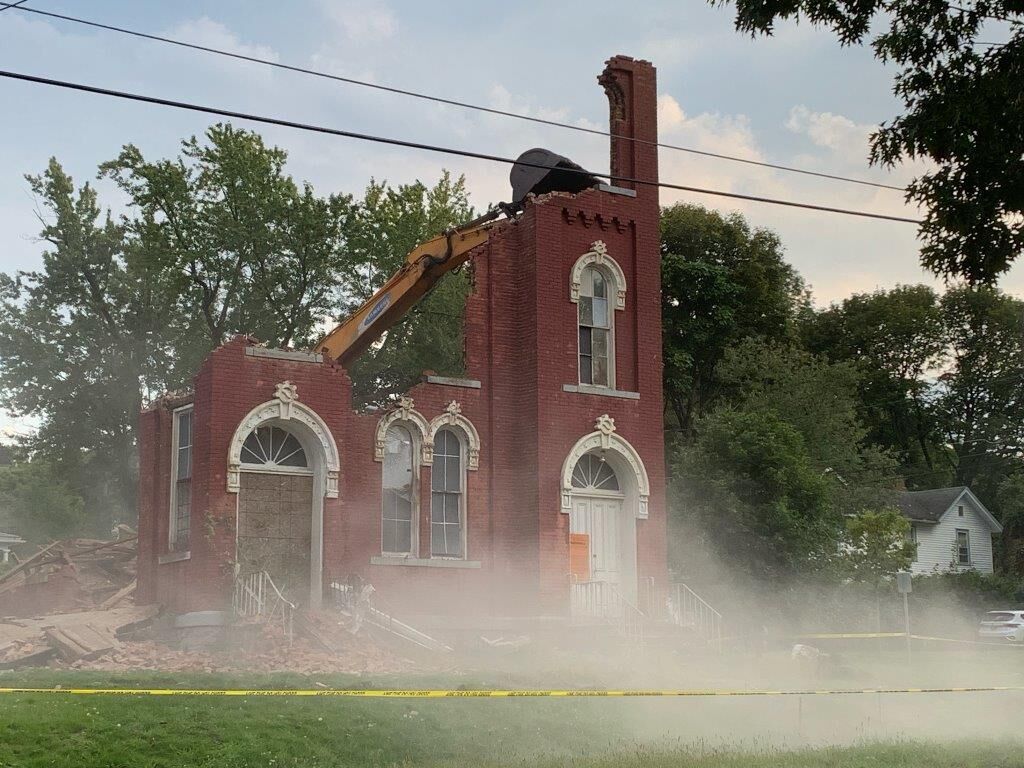 The former School No. 5 pictured being demolished on Saturday after a partial collapse. Photo by Vince DeJoy

School No. 5, a once iconic symbol of the Jamestown Public Schools system and built before the city was incorporated, came crashing down over the weekend after a partial collapse prompted officials to order an emergency demolition.

The school — built around 1880 in Italianate-style architecture — was located at McKinley Avenue and Charles Street and was most recognizable for its two, three-story towers on its northeast and northwest corners.

Several bricks from one of the towers fell Saturday morning. The area was cordoned to the public, and Vince DeJoy, city development director, and Lawrence Scalise, city building and zoning code enforcement officer, inspected the structure.

Despit recently selling through the county tax foreclosure process, the building was deemed unsafe and an emergency demolition was called.

“We were actually watching this property recently,” DeJoy said. “We felt that the structure was in danger of a complete and total collapse. There are a couple of properties that are close by, and we decided it was in the interest of public safety to order an emergency demolition.” 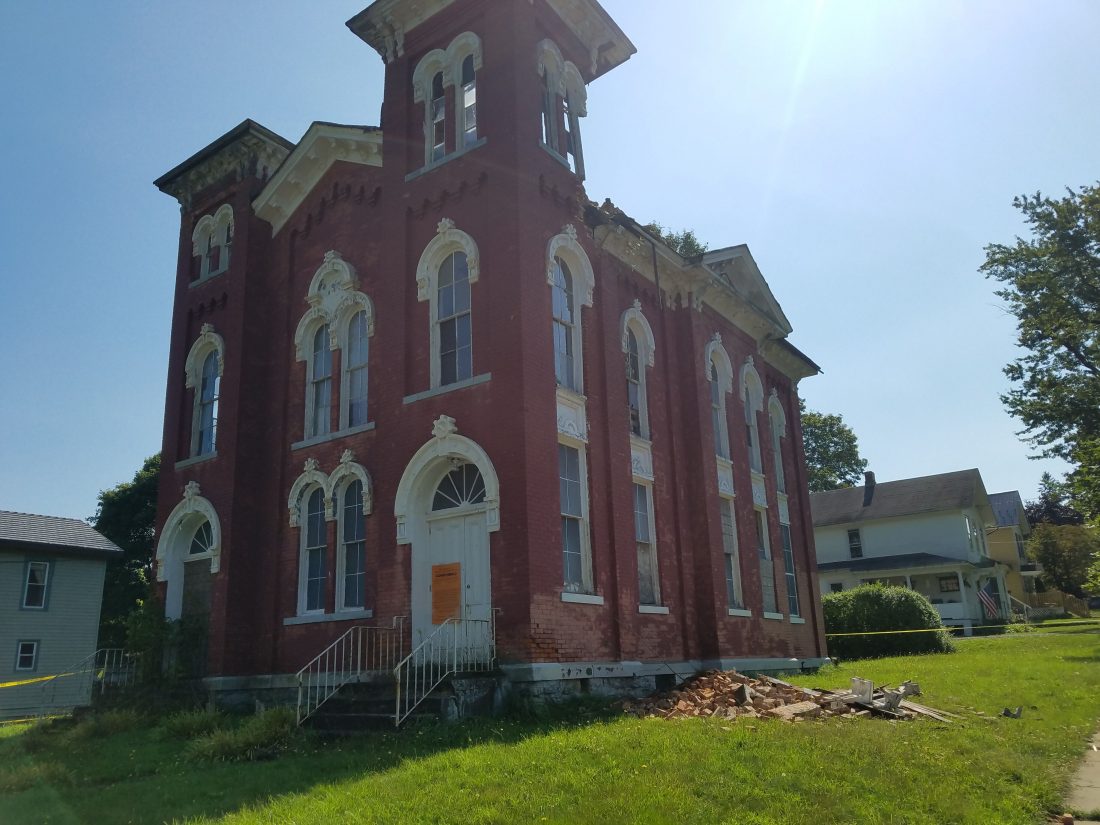 By Saturday afternoon, the property was razed by crews from H H Rauh Paving Inc.

The school, later home to a church, served students living on the south side of the village. The school district was created after the city was incorporated in 1886. 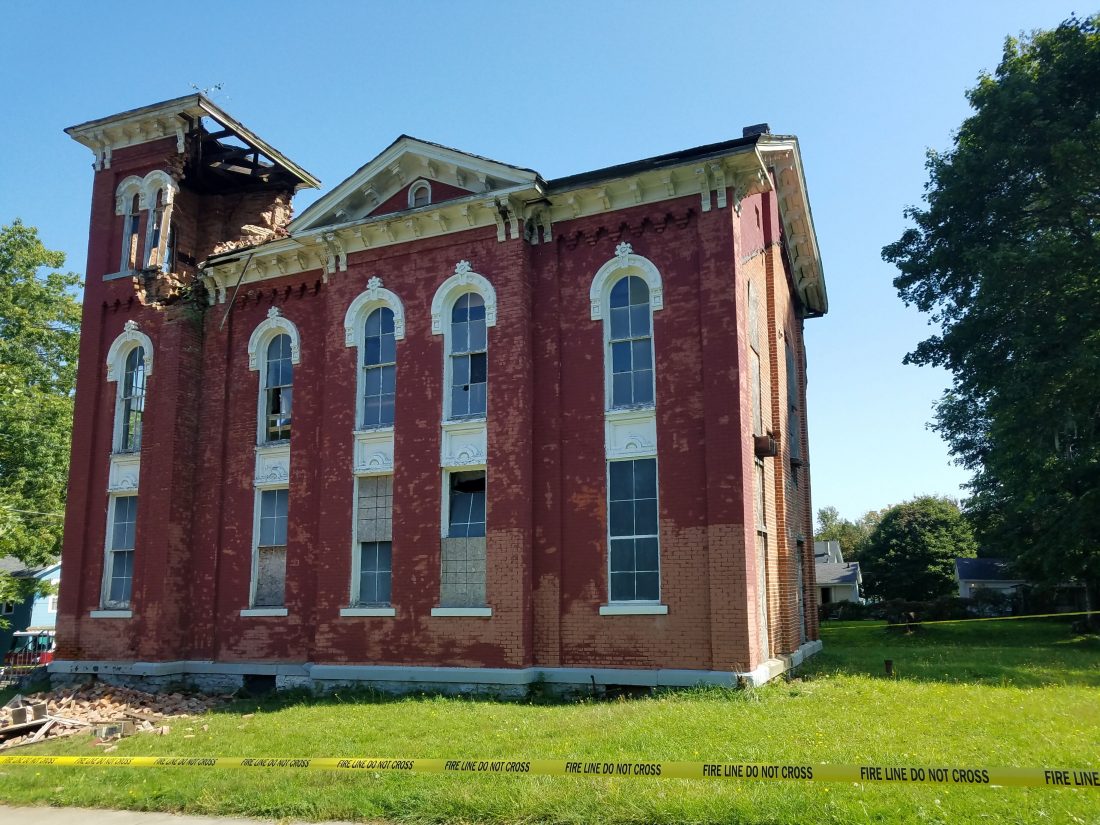