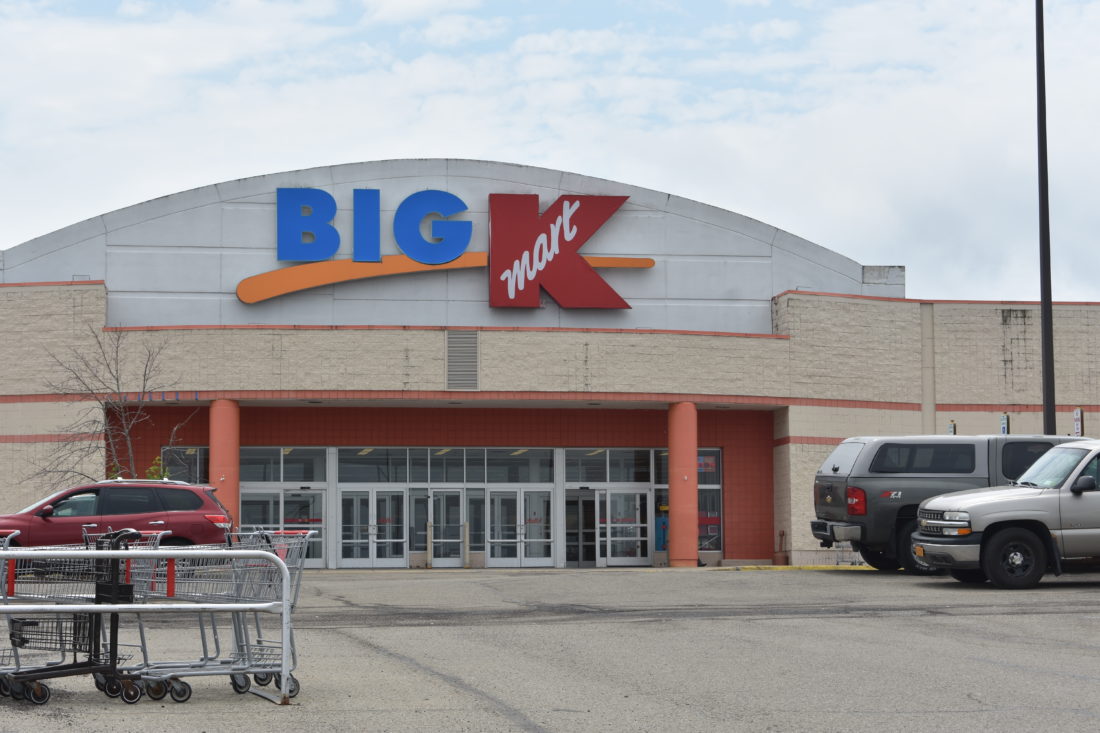 Kmart, a staple along Fairmount Avenue and a symbol of the big box store era of the ’90s, is closing its West Ellicott location. It’s one of 26 Kmart or Sears locations that will shut its door by late October, Sears Holdings Corp. announced Tuesday.

News of the closure spread quickly, with many longtime patrons saying they will miss the less-hectic shopping experience and layaway option.

“I just feel sad — I worked there,” Kim Schosek told The Post-Journal. “People like that it was less busy as Walmart and cleaner. … I think online shopping is the reason a lot of places suffer. People are busy, it’s easier to go online.”

Jodi Oberther-Painter has lived in Jamestown for close to nine years. She said she liked to shop at Kmart because of their layaway program.

“Many people in this area struggle or have big families, and that is how they have to shop for Christmas or back to school,” said Oberther-Painter, who noted that she knew some of the store’s employees. “It is sad to think that they have to look for another job.”

“I’m definitely going to miss the layaway, but also the fact that it was an easy place to shop,” she continued. “It wasn’t always jam-packed, like Walmart is most of the time. … It’s a tremendous shame this has to happen.”

A manager who answered the phone at the West Ellicott store referred questions to Sears Holdings.

Eldon W. Gottschalk & Associates, Inc. has been hired to handle the advertisement campaign for the 975 Fairmount Ave. store. The Huntington Beach, Calif.-based company said the campaign will begin Thursday, Aug. 15, and last about 11 weeks.

Transform Co., the company formed to acquire Sears Holdings Corp assets, said it has faced a “number of challenges returning our stores to sustainable levels of productivity,” and noted the weak retail environment.

“We have made the difficult but necessary decision to close 26 large-format Sears and Kmart stores in late October,” Transform said.

See Wednesday’s edition of The Post-Journal for complete coverage.