(8:55 AM) Half Pound Of Crystal Meth Seized, 5 Facing Charges 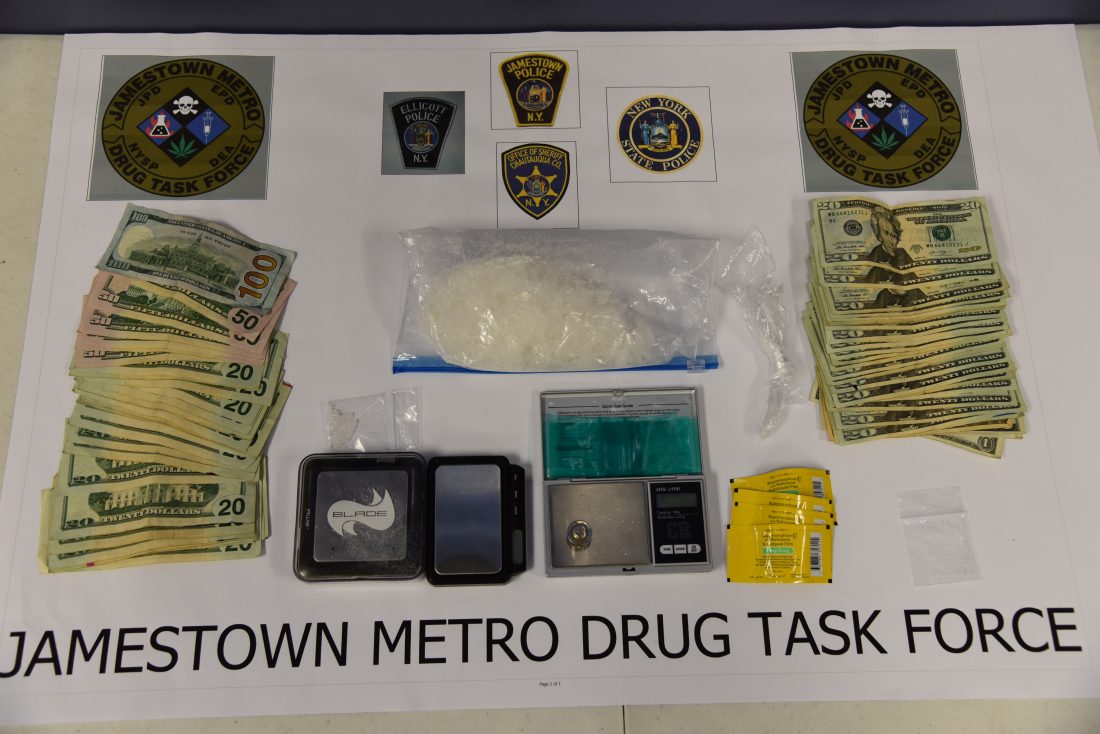 A large quantity of crystal methamphetamine was seized from Jamestown home and five local residents are facing charges, the Jamestown Police Department announced.

At the residence, officers found Lopez “and also observed several other individuals and a large quantity of what appeared to be crystal methamphetamine inside,” Jamestown police announced.

A search warrant was obtained, and investigators later seized a half pound of crystal meth, $1,500 in cash and other drug paraphernalia.

Murphy was found with 3.2 grams of meth and scales packaging material. He was charged with fifth-degree criminal possession of a controlled substance and criminal use of drug paraphernalia.

Lopez was taken into custody on the warrant. She was charged with fifth-degree criminal possession of a controlled substance and criminal use of drug paraphernalia.

Moore and Gordan were each charged with seventh-degree criminal possession of a controlled substance and criminal use of drug paraphernalia.