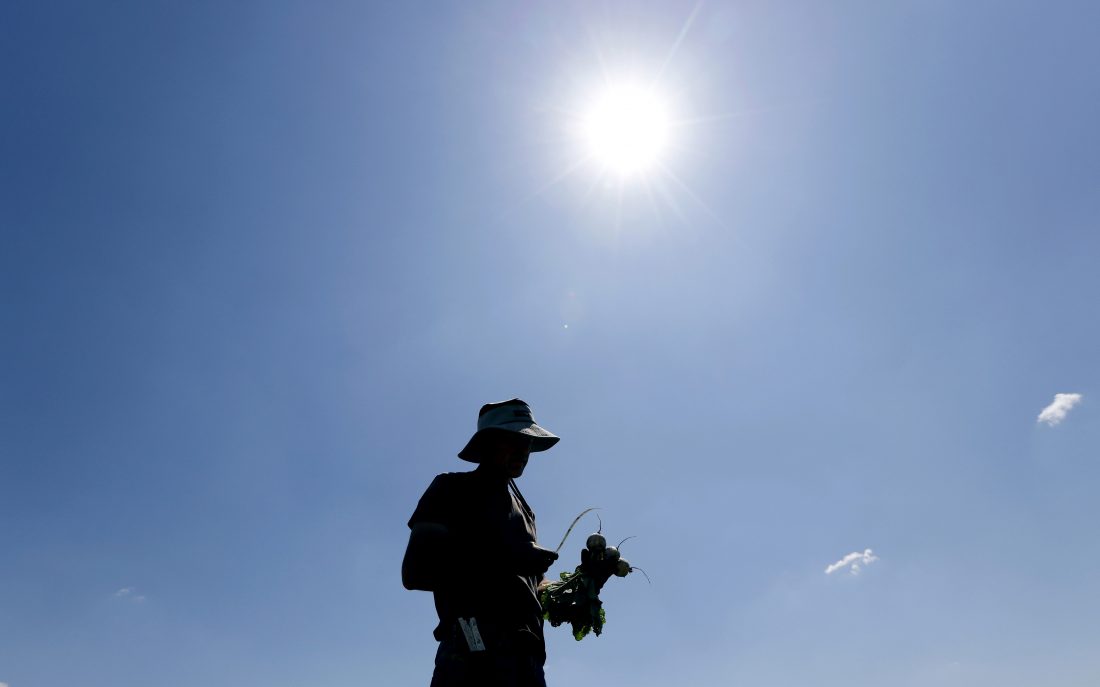 In this Monday, June 10, 2019 photo, Andrew Dunham harvests Hakurei turnips on his 80-acre organic farm, in Grinnell, Iowa. Like farmers throughout the Midwest, torrential spring rains turned Dunham's land into sticky muck that wouldn't let him plant crops this spring. But unlike other farmers, Dunham won't get a piece of a $16 billion aid package to offset his losses, and he can't fall back on federally subsidized crop insurance because Dunham grows herbs, flowers and dozens of vegetable varieties but not the region's dominant crops of corn and soybeans. (AP Photo/Charlie Neibergall)

The Farm Laborers Fair Labor Practices Act eliminates a provision in New York state law that prohibits agricultural workers from unionizing. It also extends worker compensation benefits to all types of farms, guarantees workers at least one day off a week and requires overtime pay for more than 60 hours a week.

Democrat Cuomo says Wednesday the law is “a milestone in the crusade for social justice.” It takes effect Jan. 1.

Farm owners told lawmakers the act would force them to cut back on employment and that a workers’ strike at a busy time of year would be devastating.