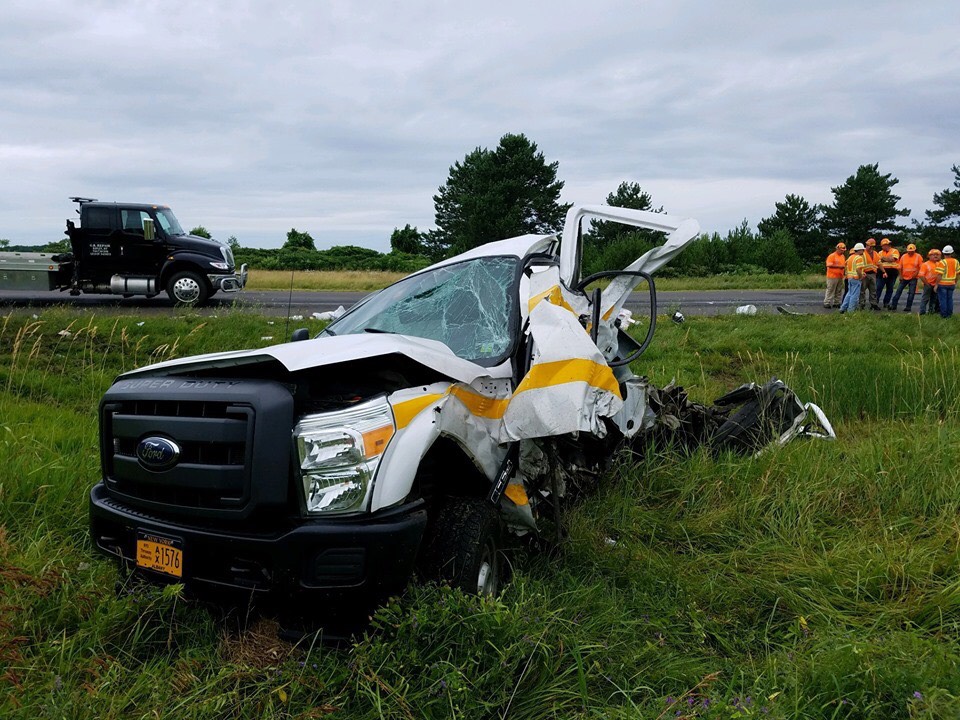 Editor’s note: This story has been clarified to note that the driver of the tractor-trailer was treated for minor injuries in Wednesday morning’s crash.

WESTFIELD — Two New York State Thruway maintenance workers escaped injury after their truck was struck by a tractor-trailer on Interstate 90 on Wednesday morning.

Westfield volunteer firefighters and state police were summoned shortly before 9 a.m. to the westbound lane in Westfield for the collision between the semi and maintenance pickup truck.

According to Tara L. McCormick, public information officer for the New York State Police, the two employees of the Westfield Maintenance Shop were parked on the right shoulder of the interstate performing routine cleanup when their truck was struck from behind by the semi, which was traveling in the right lane.

Neither worker was in the truck at the time of the collisions.

The driver of the semi, whose name was not released Wednesday, was transported to a nearby hospital for treatment of minor injuries. It wasn’t immediately known what the semi was hauling.

“People need to pay more attention to any conditions that are happening ahead,” McCormick said. “Drivers should move over when it’s safe for any emergency vehicle, including police, fire trucks or maintenance vehicles.”

The pickup truck and semi sustained significant damage in the crash and had to be towed from the scene.

The investigation remains ongoing, and charges are pending against the semi driver, McCormick said.