Group Who Became Lost On Hike Found, 2 Treated For Injuries 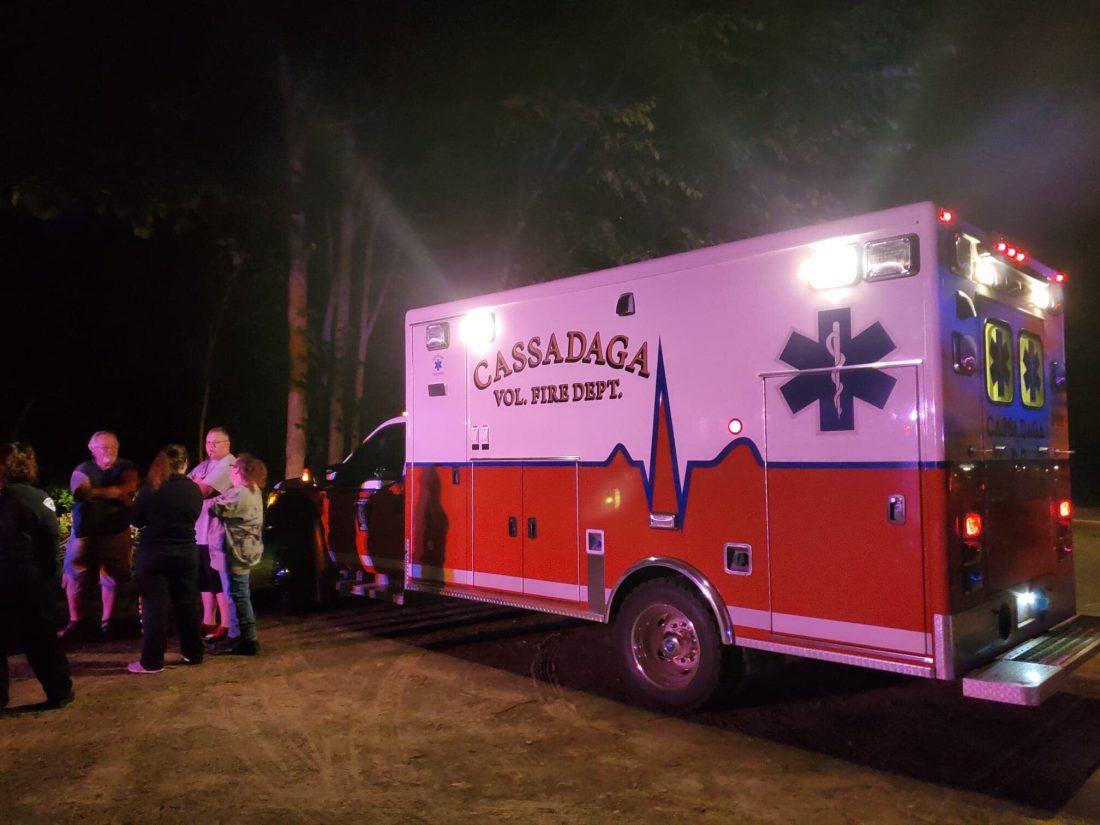 Crews pictured during the search of hikers who became lost near Cassadaga Creek on Monday evening. Photo by Daniel Kohler

A group of 11 people who became lost while hiking in an area near Cassadaga Creek in the town of Arkwright were found late Monday, the Chautauqua County Sheriff’s Office said.

The hikers, including two adults and children ages 4 to 19 years old, were found after nearly four and a half hours in the sprawling woods.

The Sheriff’s Office received a 911 call around 9:30 p.m. from the group stating that they had become lost. The hikers were believed to be in the area of the creek bed near Park Road in Arkwright.

Deputies were assisted in the search by the Chautauqua Area Search Team, Cassadaga firefighters and state police forest rangers.

A K-9 unit eventually found the 11 hikers around 10:45 p.m. The group was led out of the woods, at which time two of the hikers were taken to Brooks Memorial Hospital for treatment of minor injuries.