I fell in love with the trumpet the first time I heard “Taps” played. I was 7 or 8, standing in Western Park, Little Falls, attending the annual Memorial Day festivities. More on “Taps” later. Bowing to the “everyone had to take an instrument” pressure of the times, my ever vigilant mother, Vivian Adeline, didn’t ask me if but rather what and, remembering the beautiful, soul-piercing sound that day in May, I chose the trumpet. What follows is an unconscious stream of thought recollection of my love affair with the instrument.

Private lessons with Slovenian taskmaster Frank Peckay; performing at the Furnace Street Playground Summer Talent Shows with Brudie Zysk turning the page; performing “How Much Is That Doggie in the Window?” and “Cherry Pink and Apple Blossom White” at band concerts in Eastern and Western Parks when I was 10 and 11; playing summers in the Military Band (Salvi Ferraro-Director) and winters with the Little Falls Symphony (Leon Dussault-conductor); performing in a trumpet trio with the finest horn I ever knew, Leo Potrikus (Navy Band) and the best music teacher ever, Don Musella (Dolgeville native and Fredonia grad); playing THE Carnival of Venice with high school band accompaniment at the Spring Concert in 1960; making All-State Band at Monticello; packing away my K-Modified Selmer trumpet after busting out at Freddy State (changed major to history and the rest as they say is….)- the French-imported beauty presently rests in peace under my bed; storing in my memory album trumpet solos performed over the years by Rob Juteau (at HCCC), Tito DiTata, Potrikus, the O-D’s Dave Dudajek and New Hartford’s Mike DiMeo; Rafael Mendez records and Wynton Marsalis CDs.

Back to “Taps.” It turns out that on that particular Memorial Day, the haunting, minute-long anthem was played on a bugle by Leo P. And while Potrikus may have been the most famous bugler in the Valley, the country’s most famous bugler ever distinction goes to an Italian immigrant named Giovanni Martino (Americanized to John Martin). After arriving in the States in 1873 and unable to find employment, he enlisted in the Army and was assigned to the 7th Cavalry commanded by George Armstrong Custer.

On the fateful morning of June 25, 1876, Martin was temporarily assigned to serve as one of the General’s orderlie-buglers. Just before his ill-advised charge and consequent last stand at Little Big Horn, Old “Yellow-Hair” dispatched Martin with an urgent note for reinforcements and ammo. Instead of bugling “charge,” Martin rode off into history, safely reaching Captain Fred Benteen’s command and gaining fame as the only one of Custer’s troop to survive.

(Note: Custer’s other companies endured 36 hours of repeated attacks by the renowned Sitting Bull and Crazy Horse) Martin served his nation until age limitations forced his retirement in 1904. He passed away on Christmas Eve, 1924, at age 70 and is buried in Cypress Hill Cemetery in Brooklyn.

Speaking of history, for those readers who are unaware, the most famous bugle call in the world, played at dusk, during flag ceremonies and at military funerals, was arranged in its present form by Utica’s own Daniel Butterfield. At the time, 1862, the Union grad was a Brigadier General in the Union Army who had earned the Congressional Medal of Honor for heroic actions during the Peninsular Campaign. Despite being wounded, Butterfield rallied his troops at a critical juncture, saving the day at the Battle of Gaines Mills.

As the story goes, the general was not pleased with the bugle call for “Lights Out” (Scott Tattoo), created the new version by ear, had it written down and played for the first time that July night by his bugler, Oliver Wilcox Norton. (note: all officers were required to know various calls and to play the bugle-but not read or write music) Within months, “Taps” was used by both armies and officially recognized by the US Army in 1874. Incidentally, Taps is a bugle call- a signal, not a song- hence no associated lyric. Despite this fact, the set of lyrics written by Horace Lorenzo Trim have often accompanied the music.

Every Memorial Day for years I’ve taken a walk at dusk around my neighborhood. Most often it’s a beautiful evening-quiet, a gentle breeze, trees silhouetted against the darkening night sky. I never cease to remember the one glorious time I had the honor of playing “Taps” following a ceremony in Western Park. And I always head home singing to myself the first two stanzas of Trim’s lyrics:

Day is done, gone the sun,

All is well, safely rest, God is nigh.

And a star gems the sky, gleaming bright.

From afar, drawing nigh, falls the night.

Seek out the veterans you know and thank them for their service. And remember never to forget those who while serving paid the ultimate price.

Ray Lenarcic is a 1965 State University of New York at Fredonia graduate and is a resident of Herkimer. 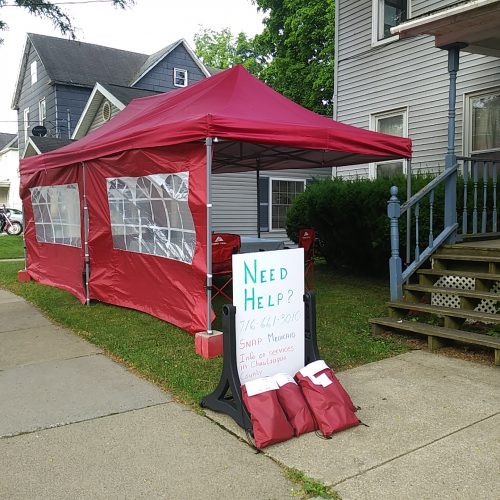 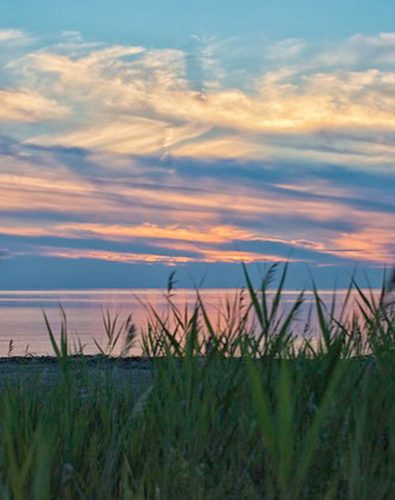