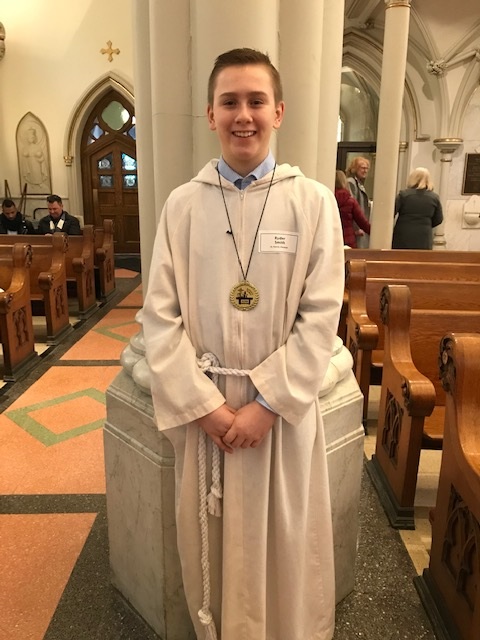 Vicar General Rev. Peter J. Karalus presided over the mass for more than 80 area altar servers who were chosen from their parishes.

Ryder is an eighth-grade student at Randolph Central School. Ryder enjoys Drama Club and has performed in many musicals. He also directed St. Patrick’s Christmas play this past Christmas. He enjoys baseball, basketball, 4H and skiing. He is a member of Randolph’s FFA club.

Ryder has been an altar server at St. Patrick’s parish in Randolph for four years.