A Little Bitter, A Little Sweet

The Arrival Of Autumn Is An Adventure In Western New York 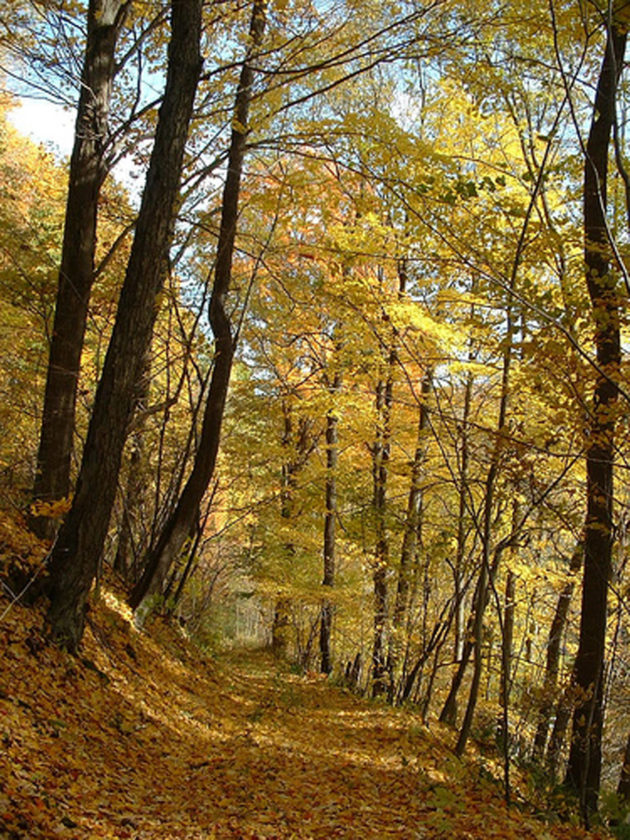 Where I live, the arrival of autumn is always a little bitter and a little sweet. Sometimes the weather is warm well into October, although a hint of chill is often riding on the tail of a warm breeze. Some years, Labor Day weekend is so rainy and cold that many of our summer neighbors decide to just pack up early and go home.

The leaves slowly start to turn, but when the sun comes out, bees buzz on my tree hydrangea. In early autumn, it is loaded with huge flower heads that are in full bloom and just beginning to turn pink. The fields are filled with webs in the early morning fog, a patchwork of intricate designs made each night yet rarely revealed.

We get spectacular sunsets here on Chautauqua Lake, in Western New York, and most of us have summer sunset pictures clogging our phones and serving as screensavers. But the sunsets in the fall are more brilliant and more vivid than they are in the summer. The daytime skies are different, too. The light is softer, thinning. The shapes of the clouds are different this time of year, too. Big, towering cumulonimbus clouds rise high above the lake some fall days, brilliantly lit harbingers of bad weather to come.

Sweet corn dwindles then disappears from the farm stands. The peaches go soft soon after they’re picked, and the tomatoes go spotty and then stop coming at all. But then the stands overflow with pumpkins and all sorts of squash. Apples in seemingly endless varieties fill bins and bushel baskets. Fresh cider is pressed in orchards, and the local stuff shows up on supermarket shelves. The air smells like smoke, and leaves. And the air in Westfield, over the hill on Lake Erie smells of grapes as the huge harvesters comb the rows of vines.

The seasonal restaurants are closed, and those that are open year-round begin changing their menus.

Halloween decorations are up at the Whiskey Hill Saloon in Cassadaga. We get a kick out of the haunted place and love to hear the screams of the uninitiated. Red’s Best Pancake House opens for a few weeks to use up the rest of this year’s syrup on all-you-can-eat pancakes that they serve with homemade sausage and applesauce. They open again in the spring when the sap is running in the maple trees and they start production again. Fall craft brews show up on beer menus and on taps; Great Lakes Oktoberfest, EBC’s Fall Festival Lager, and our kids’ favorite, Pumking from Southern Tier.

Guppy’s, one of our favorite neighborhood restaurants, starts serving Christy’s bread pudding again, along with the fresh made snickerdoodle that is a cross between a cookie and a cake (it’s worth the wait). Weekend specials shift to heartier fare: meatloaf, pirogues, the annual end-of-season clam bake, and my favorite, wiener schnitzel with spaetzel and warm applesauce. I was skeptical about the schnitzel. I’d tried it a couple of times at other places where the veal was tough and tasteless, the gravy over-salted and too floury. But at the recommendation of a friend, we tried it two years ago.

As soon as we got out of the car, we ran into Christy. She and her husband, Doug, own and run Guppy’s, and Christy works hard to perfect menu items and to come up with tasty specials on a regular basis. I don’t get a chance to spend much time with Christy, but a couple of times a year, we get together with Rose Stage and Candy Jett to grab a meal or do some Christmas shopping. Like Christy, Rose is in the hospitality business, so summers are really busy and we don’t see each other enough.

Miller, Doug and Christy’s son was there, too, right out front where he set up his “store.” Miller’s store is a farm stand, where Miller is selling pumpkins, gourds and maple syrup from “Miller Farms.” He taps Rose and Paul Stage’s maple trees from the property surrounding the Maple Springs Lake Side Inn, and then his dad, Doug, boils the sap down to make the syrup.

Miller started kindergarten that year, just a couple of weeks before. He told me that when he grows up he wants to be a geologist or a paleontologist. Christy said that he says he wants to be a farmer, too, even though he already has plans to go to college at the Colorado School of Mines.

Miller gave us a pumpkin and I bought a bottle of syrup while Christy ran inside to put our name on the waiting list. Even when the season is over, there is often a brief wait at Guppy’s. A lot of meals have been turned out of the little kitchen there since Doug and Christy have taken over, and the food is consistently good. The beer is even better, according to one of my neighbors.

That evening while we waited, I recalled being at Guppy’s right after Miller was born. We were sitting outside in the enclosed and heated patio on a night much like that night. Christy came over with Miller, a three-week-old infant in swaddling. I held him in my lap while Christy attended to something else. I hadn’t held a newborn in a long time, and before I knew it, my teardrops were falling on Miller’s blanket.

“I didn’t know you were such a mush,” my friend Evelyn said.

“I didn’t know I would be this overwhelmed by this baby,” I said. “He’s just perfect. A miracle.”

After a while, Jeff and I got seated at our favorite table in the bar. It’s the table nearest the door, and during the holidays, it’s the table with the leg lamp from A Christmas Story lighting it. It’s a great table for both seeing and being seen. We both ordered the wiener schnitzel. We waved at acquaintances, visited with our neighbor Joe who was waiting for his meal, chatted with my pharmacist, and watched people we didn’t know come and go.

“I love listening to the people who are new here talk about this place,” Jeff said. “They’re the kind people that this place needs. Good for the economy, and they remind me of what it felt like when we first started coming here.”

Our food came and it was delicious. The veal was perfectly done, tender, with a crisp coating. Served on spaetzel, which is sort of a cross between a noodle and a dumpling, the dish was drizzled with gravy and topped with crispy onions. I could identify carrot slices in the gravy, and onions, and knew it was one of those Julia-Child-Boeuf-Bourguignon-simple-ingredient-perfectly-cooked-and-served-with-love sorts of things that you don’t get very often in a restaurant, at least around here. It was wonderful, and I look forward to having it every fall.

I always get nostalgic this time of year and am often surprised by the intensity of my feelings. Perhaps it’s because the weather here is so extreme, and the summer so short. Maybe it’s because yesterday Miller was just a baby and now, he’s in school, playing the violin in the Chautauqua Youth Symphony. Or because suddenly our own children are well into adulthood, and we’re grandparents. Or because we’ve weathered the losses and victories of another year around the sun.

Maybe my sense of nostalgia is because that wiener schnitzel was so good it reminded me of every fall dish I’ve ever eaten, and it reminded me to count my blessings, and to remember to be glad to be alive right here, right now, in this beautiful place. 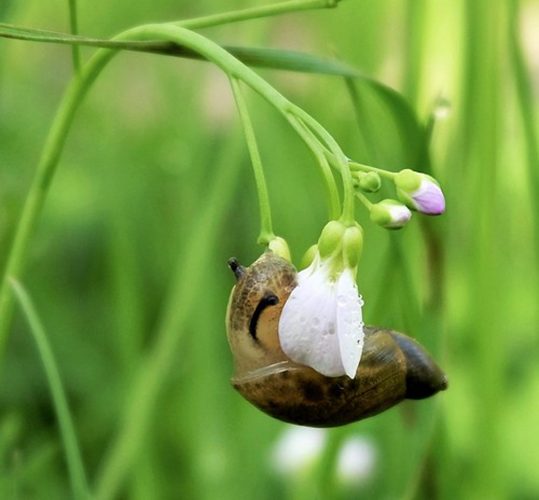 Four local organizations and four local artists have received word that their applications to the Projects Pool ...

The Chautauqua Center has received $50,000 in emergency grant funding from the medical aid organization Direct ...

New York state recently issued detailed guidelines for the reopening of Phase 1 businesses, which are required to ...