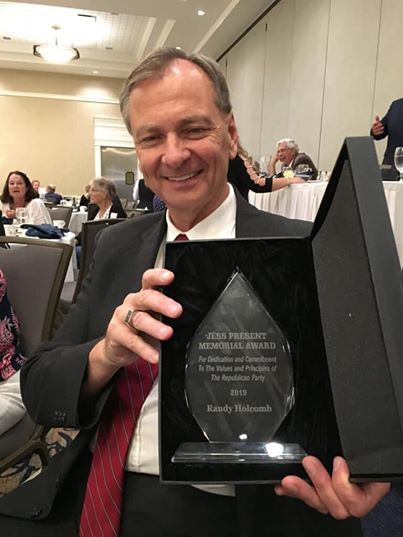 Randy Holcomb, lifelong Lakewood resident, was chosen by the Chautauqua County Republican Committee to receive the Jess Present Memorial Award at the committee’s 2019 annual dinner held recently at the Harbor Hotel in Celoron.

Since 1998, the award has been given to those that indicate the dedication and commitment to the values and principles of the Republican Party.

Holcomb said he was honored to receive the award, especially since so many champions in his life have received this award also. Those recipients include Nellie Tarbrake, Holcomb’s 11th grade Southwestern Central School history teacher and someone Holcomb said was influential in having Holcomb join the Busti Republican Committee while in his junior year of high school. Additional recipients of the Jess Present Award include Tony Caprino, Dale Robbins and Arden Johnson, all Holcomb’s longtime town supervisors in his assessment career. Holcomb currently works with recipient Lisa Vanstrom as constituent specialists in the 57th New York Senate District Jamestown office.

Holcomb credits his longevity on the Busti and Chautauqua County Republican committees with the support and influence from all levels of the organization. Holcomb said he was proud to become chair of the Busti Republican Committee after Nell and Mark Tarbrake served in that role for decades. He now serves as deputy chair to PJ Wendel, chairman. In addition, he credits the Chautauqua County Republican Election Office staff for the incredible work they produce in every election cycle. 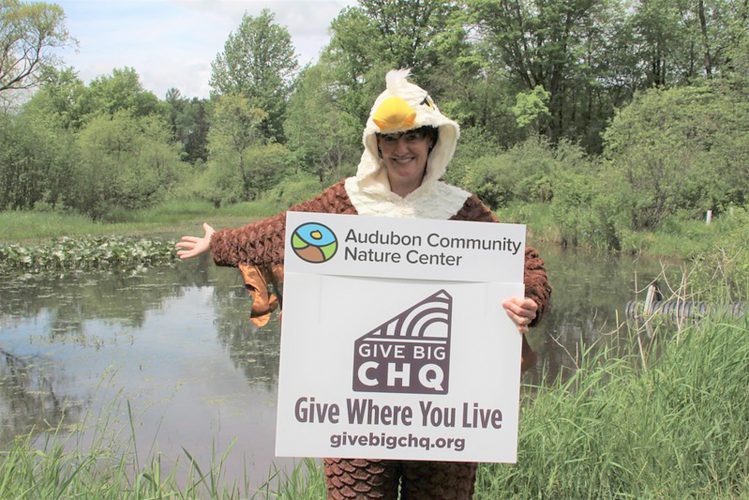 CHAUTAUQUA ‚Äî Petina Gappah‚Äôs Out of Darkness, Shining Light (Scribner) as the 2020 winner of The Chautauqua ...

ITHACA ‚Äî A Cornell University statistical analysis of all 50 states and Washington, D.C., found that social ...