GERRY– The Rodeo Senior Citizens meet once a month on the second Friday in the Gerry United Methodist Church for a luncheon and program at noon.

President Allen Swanson welcomed all to the gathering. Marti Danielson was thanked for the table decorations, and a wonderful buffet meal was served with many bringing dishes of food to add to the meal. Pastor Don Moore of the Ellington Baptist Church gave the blessing prior to the meal.

Following the meal, the group was presented a slide show and instructions on the life of the eastern bluebirds by John and Beverly Ruska of Fredonia. Bluebirds lay five eggs in the nest, which are blue in color. When the new birds are hatched, they are full grown in 15 days.

Ruska talked about the nesting of the birds, the feeding of the young, the bluebird trails and the bluebird houses. The houses are usually placed about 8 feet apart, and the houses are built with a roof overhang in the front to keep the squirrels out. There are many predators to the bluebirds, Ruska said. The bluebirds spend the winters in Brazil where their food is prevalent and they get to fatten up.

Swanson led all in the Pledge of Allegiance, and secretary Peg Harrison read the minutes of the previous meeting. Treasurer Barb Swanson gave the financial report of the group. Sunshine chairman Ruth Newton reported that of those celebrating birthdays, that John and Susan Sipos would be celebrating their wedding anniversary.

The next luncheon and program will be on Friday, Sept. 13, promptly at noon. The group closed the gathering with all singing “Blest Be The Tie That Binds” written by by John Fawcett in 1772, and led by Mrs. Swanson. 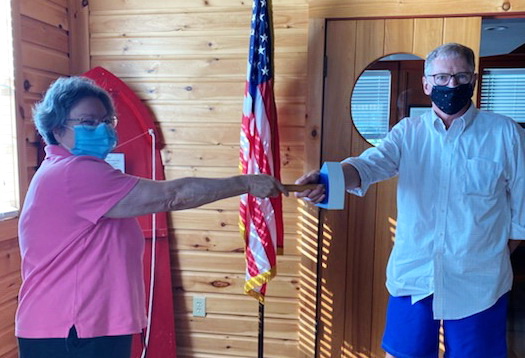 Chautauqua County reported seven new cases of COVID-19. The cases involve two males in their 20s, one female in her ...

The ASSE International Student Exchange Programs, in cooperation with community high schools around the USA, is ...

AAA automotive researchers found that over the course of 4,000 miles of real-world driving, vehicles equipped with ...