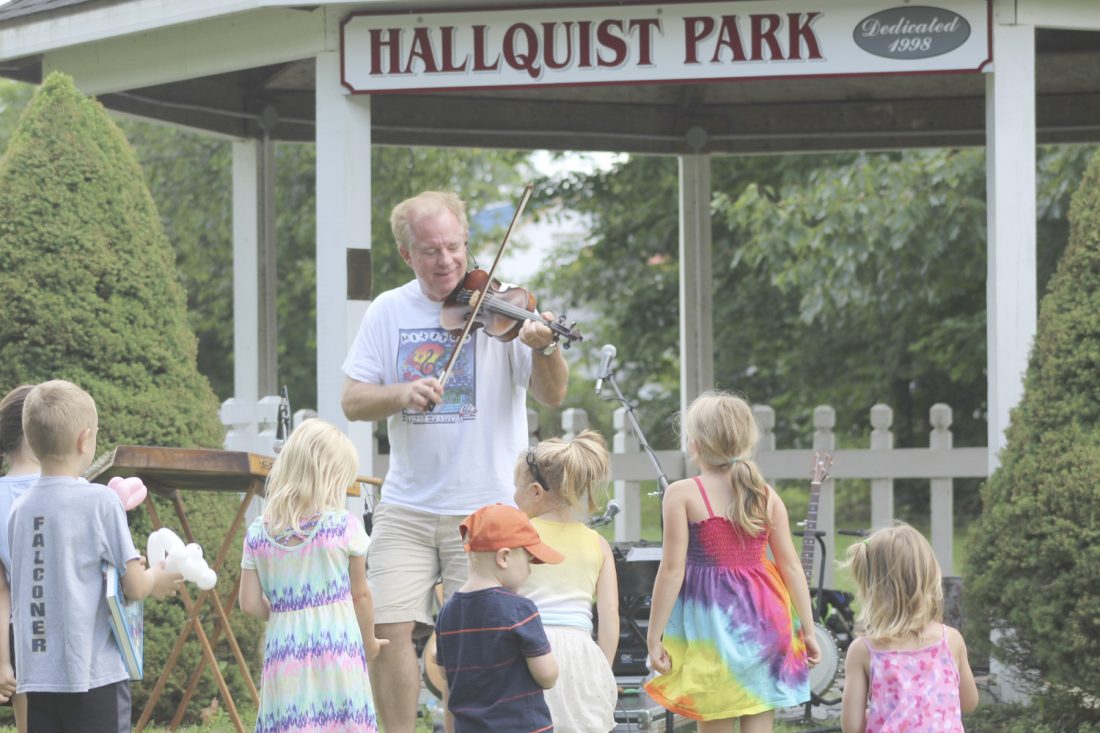 KENNEDY — Mark Rust brought his musical talents to Kennedy to perform in Hallquist Park for the town of Poland Summer Recreation Program.

Rust comes from a long family line of performers, and his enthusiasm for music, whether folk, country, traditional or his original work, comes through for his audience. He told the crowd about some of the traditional instruments and music of Americans for the last 200 years.

The guitar was the first instrument he talked about. Then came the banjo, which Rust explained was a truly American original instrument, and was a combination of the head and neck of the guitar, and the body was the top of a drum, which makes it have such a different sound.

Next, he showed his audience his violin, or fiddle, and talked about how important it has been for American music. He then played a beautiful hand-crafted dulcimer, showing a new side to traditional music.

His fifth instrument was the spoons. After his demonstration of how they were played, Rust had a bag of metal spoons that he let audience members use, and they joined him as he played along to a favorite tune. He also showed the audience members different traditional dance moves, including the “Cotton-Eye Joe.”